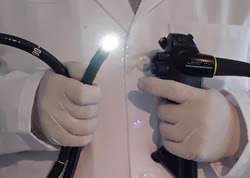 Every time I try to get an appointment with my gastroenterologist, it's like trying to book a meeting with the president himself. They book you out two or more months in advance, and if it wasn't for their automated 'day before reminder' calls, I'd totally forget. Siri usually tells me I have an appointment the exact minute I'm supposed to be there. Pointless. Now I tell Siri to remind me a day before. They had given me another doctor because mine was way overbooked. I was getting an examination and scheduling for my endoscopy since I was in the hospital for my stomach pain and upper GI bleeding. That was back in July. Nice, huh? I guess I'm all healed up by now, but they're so itchy to get that goddamn tube down my throat, snaking through my gut. At least I'll get the pleasure of napping with a little help from my friend Mr. Propofol. I remember the last endoscopy I had. I was so scared that they couldn't do the procedure unless my heart rate went down. I was at 120 resting. They gave me some sort of tranquilizer before even injecting the Propofol. The nurse looked at the doctor and shook her head. "She's just not calming down." I looked relaxed (trying to fake my fear) but the monitor told a different story. The anesthesiologist came in with the goods, looked at the monitor and asked, "You scared of lil' ol' me," trying to make me laugh. In my mind, I wondered if I'd have an allergic and deadly reaction to the anesthesia. I've heard so many horror stories. This was a short-term hypnotic dose that doesn't last more than 30 minutes, tops. I didn't care. When my heart rate calmed down due to this guy reassuring me that this procedure was cake --- they inserted a huge circular piece that left my mouth wide open, ready for the long traveling snake. I couldn't talk, but I kept my eyes wide opened, staring at the nurse, letting her know, "Hey! I'm still awake! Don't do any- ….." 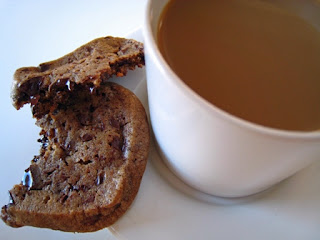 When I woke up, I saw a woman standing above me with the biggest afro I had ever seen. She was holding a basket full of  brownies, coffee cakes and cookies. I thought this lady was an angel and that I had just woken up in heaven. "Am I…?"  She interrupted me. "You're okay. You made it through. The procedure went well. Here, have a snack since you haven't eaten since yesterday." They sat me up, served me coffee and water and let me gorge myself into a diabetic coma. They let Madelene come back and when she opened the curtain, she said, "What's this?" She stared at all the unwrapped goodies watching me chew while crumbs were forming around my dried lips. "Want some?" She just laughed as she watched me. That didn't stop me from going to the diner for a full breakfast either. I was famished. As we were sitting at the diner, I said to Mad, "God that Propofol is some good stuff! I really need that when I have insomnia." Swear to God I said this two months before Michael Jackson died from it. I was having some major insomnia issues, and the fact that this drug just conked me out 'like that' was enough for me to even entertain the thought of a sleeping aid. And sadly? Many people actually use the stuff to sleep, even if they don't shit for a week. 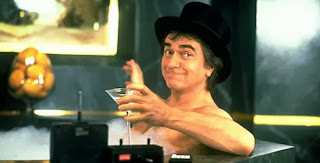 Fast forward three years and I'm back in the same office but with a different doctor. He looked a little familiar, but I couldn't place the face. He was a short little British man with messy salt and pepper hair, a dark forest green dress shirt and slacks with some Christian Dior loafers on --- a spitting image of Dudley Moore. Although his attire looked 'messy', I imagined he lived in a huge mansion size house with the biggest chunk of land you can possibly get. His dining table probably swamped with tons of paperwork and maybe a couple of cats loafing around. He probably has an oversized living room with only a leather sofa and gigantic fireplace he hardly ever uses, and a 72 inch flatscreen TV that's continually on with nobody around watching it. He came in with a little laptop that he can actually use a pen to scroll down the screen with. He said, "Oh, so you were recently in the hospital -----" he paused. "What are all these visits from?"  I couldn't believe how much info doctors can get in seconds about your medical history. And believe me, they all "make notes" -- whether good or bad. I felt like grabbing the laptop and yelling, "That's not true!" But I refrained and let him scroll down the slew of ER visits and hospital stays and… doctors' notes. 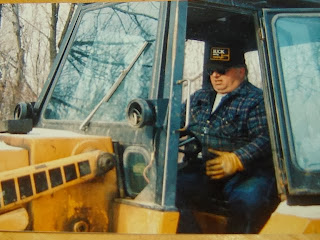 "Lay down." he said. He presses around my abdomen to see if 'this' hurts or 'that' hurts. He kept looking into my eyes. I tried not staring back. It felt very awkward. "You're Charlie's daughter, aren't you?" He smiled, and just kept talking. "I love Charlie! He was the one who worked on our home when we first moved here. He did the entire excavation for our property! Wow, the way he moved mountains with his machines! He was just incredible." He went on without letting me speak. "I've been to your family home so many times to have coffee with him! What an amazing guy! He would be on his backhoe with a cigarette dangling from his mouth while he rammed through a whole forest just to give me more property. How is he?" As I was listening to him, I was envisioning all that he said, all that I've seen Dad do and it was then that I developed a huge taco in my throat. I couldn't speak. My eyes quickly filled up with tears and I managed to say, "He passed. He was incredible." He looked up kind of cringing with his mouth as he was still poking and prodding me and said, "Oh wow, what a great guy. I'm so sorry." When he looked back down at me, he gave me this smile, almost like I was there for a reason - like a 'knowingly' smile. It was weird. Maybe it was just me. So many emotions were flooding through me. it just brought me back to when Dad was sitting on his hospice bed talking to the social worker, saying, "Ya know sumptin'? It's like I was working yesterday, excavating homes n' even running da' fish market. And now lookit' me - sick with this fucking cancer at 75 years old. Time went by just. like. dat! One day ya' healthy and working, and da' next, ya' dying. What good was it all?" The social worker reminded him of his footprint he left in the world by saying, "Look at how many families you fed with the fish market and restaurant. Look at how many families are living in their homes because of all your hard work and excavating skills. So many people are enjoying life because of you, Charlie." I nearly busted out crying. This social worker was spot on and so incredibly compassionate. She was so right. Dad looked at her with a smile and said, "You're right…you're right," and then looked down at the floor.

I haven't heard, "Hey, you're one of Charlie's girls" in a very long time. Notice, no angel reference of course. I used to get that all the time and sometimes even took advantage of the benefits of being his daughter since so many people loved him. Restaurants would give me free drinks, Italian delis would give me free pastry, "Aye, dis' on da' house! Fuggedaboudit'!" I forget how much people adored my dad. Dad would have given the shirt off his back for so many people, and he did so many times which is why people loved him so much. His generosity was beyond the call of duty -- and sometimes, it was seen as a flaw. But overall, I have to say he was a great guy with a big heart, which is why I'm still hearing good things about him from strangers. It was a nice reminder and a "hello" from heaven that my GI doc knew him and loved him just as much. Now if I can get this endoscopy for free, that would be super. (Get on that, Dad!)