Are Some Fears Rational? 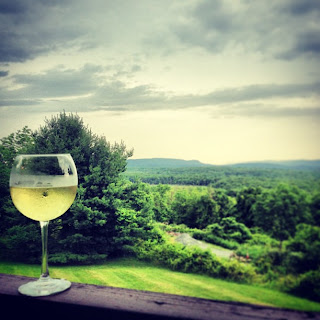 The other day I was preparing a chicken dinner for Madelene while we were getting severe storm alerts on our TV. I love a good storm, but my Chihuahua? Not so much. She doesn't mind a rumble here and there, but when it's loud - almost "firework loud" --- she's a shivering mess sitting in her own urine. But I had hope. I put the Thundershirt on her and went on baking my garlic chicken. As I sat outside with a glass of wine to relax, the smells of my dinner wafted throughout the house and encompassed the entire outside area as well. It was heaven. I even thought, "Wow, what a peaceful moment." I don't have much of those with my crazy anxiety, so I was basking in this. Then I heard a rumble from beyond, a storm brewing. I got excited because I love storms. I used to be so deathly afraid of storms only because I had seen a twister fly down my property, tossing small trees into the air while my Dad was outside laughing his ass off yelling, "Come out here and learn sumptin' will ya?" He knew how much I freaked out over tornado warnings even though they never hit this area - so it trickled over to even the slightest thunder. Don't ask me how, but I managed to push the 300 lb man inside and slammed the door behind him as he laughed uncontrollably at my ridiculous fear. After time, I learned to appreciate storms and enjoy the "excitement" -- even the fear of them. So, technically, I no longer fear them as I once did, I just get excited now. So while I'm sitting there drinking my wine, I hear the thunder getting much louder. Black clouds started moving in, and so did I. I walked into the kitchen to check on my food, and all of the sudden, lightening leaked out of the faucet, surrounding every bit of outlining object on the counter where my sink was. Then I heard a HUGE "snap" or "pop" as if it had burnt every circuit in the house. But the strange thing was, everything still worked. I stood there staring in shock - not in fear - but in amazement of how my entire counter and sink was lit up and outlined in electrical blue waves. When I turned around, there was no Lola to be found...except in the bathroom behind the toilet shaking in a puddle of her own pee. Appropriate place at least. 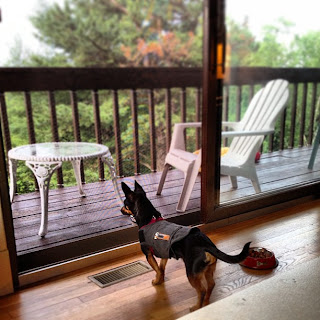 Have you ever wondered about fear - like why do we sometimes develop irrational fears if we have never experienced a particular thing? For instance: I have never experienced a real tornado before, other than the twister, which was close to a tornado. I never experienced weather damaged catastrophes, only seen it on TV, so why would I be so shell shocked over thunder and lightening? Yes, it is dangerous but on what level do we let our fears grip us so tightly? Taking ibuprofen can give you "unexpected stomach bleeding". And while most of us have read it on the warning label and have heard about this happening to other people, we keep popping them like pez, as if it would never happen to us. Drinking can damage your liver, but I keep drinking my wine. There's something to be said for fearing things that seem so 'far off' -- fearing your own death every single day will waste your entire life for the next possible 50 years. But who can guarantee that? My mom laughs at me and always says, "Lola's just like her mama." And she is. She has irrational fears that I try to simmer down by either putting a Thundershirt on her, by cuddling her or by simply saying, "You're safe, nothing's gonna happen to you." And in reality, I can't guarantee that for sure. Who can?

“Worry is like a rocking chair: it gives you something to do but never gets you anywhere.” ―Erma Bombeck

Want to add your opinion or thoughts on Facebook instead? Click here.
For more of Deb's articles, please visit: www.debrapasquella.com or join her on Facebook and Twitter. Check out her cooking blog for some of her famous recipes!
anxiety anxiety disorder chihuahua Erma Bombeck fear lightening panic attacks thunderstorms worry worry is like a rocking chair