The Penned Up Ax Murderer 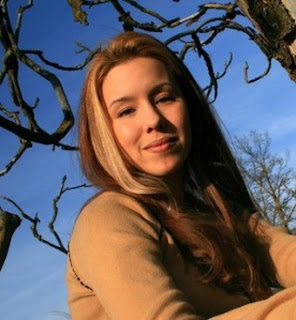 The one thing I've learned over time is that you never know if your date or lover is a "penned up ax murderer" until she becomes one. In Travis Alexander's blog, he states, "Desperately trying to find out if my date has an axe murderer penned up inside of her and knowing she is wondering the same thing about me. That’s usually when I think myself into a panic and start acting weird in consequence to trying so hard to act normal." Have you ever been in a position where someone you knew, loved and cared for just finally flipped their lid and revealed their true colors? It can be very scary and unsettling to say the least. But what if you never knew the potential killer underneath the sweet, smiling beautiful girl you once loved, and now...you had to end the relationship. But it doesn't end there. I have been diligently following the Jodi Arias trial, even falling asleep to it (which isn't such a good idea). But then they have the news afterwards dedicated to the trial. I have it on while I'm working just to stay on top of things. What's there to figure out? She already lied a zillion times and then admitted to the murder. But, cases like we've seen with the Casey Anthony trial, I'm almost positive that Jodi is going to get out of this scott free somehow and write a book that makes her millions of dollars. Maybe she'll have to do 10 years max and then get out by the time she's 40 years young. And how fucking sad is that? This incredible, smart, talented and funny man, Travis Alexander (you can see his charm here) is now dead because of her.  She took this beautiful life away - just like that - and all because she wasn't willing to wait out the heartbreak. I've been there. I didn't want things to end and begged and pleaded for forgiveness. It hurts. But what goes through a person's mind that makes them believe that they have some authority over their ex-lover's life? "Well if I can't have you, no one else will." They develop this sense of 'ownership' over the person to where the ex-lover in some cases has no clue about any of it. They simply go through the "normal" process of a breakup, whether it be moping around for a bit or completely over it.

My mother watches these awful shows, like "Snapped" and stuff on this channel that I believe is called, "I.D.". She watches this before bedtime and tells me the next day, "My God, I had such horrific dreams about a man stabbing his wife." I'm just like, "I wonder why..."  I remember watching this show (forgive me, I forgot which one), but they were demonstrating the functions of two sets of brains. One was from a sociopath and the other from a normal everyday person. Of course, the sociopath has no remorse or fear of consequences when committing a crime. But when they put two brains of your everyday average Joe together, they found something interesting. In the front part of the brain (right underneath the forehead area), they discovered a unique trait that is almost comparable to a "shield" -- a shield that prevents them from ever committing a murder. Although the two brains were alike, the one without the shield was from your average everyday person who happened to have killed someone - either by manslaughter or other. The difference was, that piece of "shield" discovered much about the person's crime. Of course, you can't use this in a court, just as you can't use a polygraph test, but it does say something about how our brain is somehow responsible for our actions, or lack thereof. They also indicated that even people who were "seemingly crazy" (bad temper, popping their cork, etc.) had this shield, while usually, the calmest person in the batch did not. So it's kind of true when they say, "It's the silent ones you have to worry about." In my personal opinion, the person who holds in all of their feelings and never truly has an outlet for all of their sadness, anger and rage are the ones who usually "snap".  For the nuts out there (like myself) who go off the edge from time to time ranting and raving -- we've already said our peace and poured out our frustrations. Our inner emotional box is empty. For those who keep it all in, that box is bursting at the seams. What do you think?

For more of Deb's articles, please visit: www.debrapasquella.com or join her on Facebook and Twitter. Check out her cooking blog for some of her famous recipes!
ax murderer crimes of passion Jodi Arias Snapped sociopaths Travis Alexander