This weekend was just incredible. I got to spend time with my family (on my wife's side) and celebrated a couple of birthdays. It was nice to see everyone, and many times, it was like, "How come we haven't gotten together more?" It was said more than enough times. We're too busy, we're doing 'this' and 'that' and then, something happens that brings it to a different level - a different perspective. I realized I've been missing out on a lot. With recent events that had taken place in my life, especially with Dad passing, I just sort of went into my shell and only let a select few people in if need be. I should have done the exact opposite - would have been healthier, but shoulda' woulda' coulda'. It's strange how things happen. Last night I was lying in bed wide awake with my mind racing. I had so many questions for God - like how did He let the bombing happen in Boston? Why did "He" have to take away a couple of very young souls that day? Why are people in such excruciating pain due to someone's reckless behavior? My heart hasn't been this heavy in a while, probably since 9/11. And although it was on a lesser scale, it wasn't. It really wasn't. The fear, the loss of life, the pain, injuries -- this was catastrophic however you look at it. My mind kept racing - so fast - that sleep never came to me. I thought about all the school shootings, terrorism, potential nuclear wars, my loved ones, 'what if', 'what if' type of obsessive thinking. I was filled with anxiety. And, that's how the terrorists win. Like North Korea, they instill that relentless fear inside of you. They make you believe they are more powerful than you can ever imagine, hiding, lurking behind corners waiting for you at the least expected time. 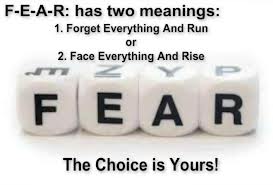 Nobody knows this fact about me. So, today I am putting it all out there. I'm sure a lot of my personal friends and family will be nodding their head saying, "I never thought about that..." I guess I'm the big "loser" when it comes to the game of terrorism. They won. They ruined my life. (I sound like a jaded ex-girlfriend now.)  But seriously, ever since 9/11, I have never been the same. I remember it was a Tuesday morning and I showed up to the office to learn a new program we were working on.  It was a large call center with over 500 people inside, I'm guessing. It was 8am. I remember I had a couple of cups of coffee - in the best mood ever and I was ready to take on the day. I was working along with one of my managers trying to get acquainted with the new technology that they were pushing us on...because you know, I hate change and all. So, while I was sitting in a tiny boxed up cubical with my manager, we noticed we weren't getting anymore incoming calls - it was totally silent. My manager looked up at me and said, "Wow, for a Tuesday it's really quiet." Soon enough, we heard someone from beyond scream out, "Oh my God! A plane hit the World Trade Center!" After we realized it was a terrorist attack and we were not able to use the phones, leave the building or even our offices until all planes were found and accounted for. All of our telephone lines were located under the World Trade Center, which is the reason for the silent lines. Days, weeks, months after that event, it was never the same. We had bomb scares and drills that left us standing in the middle of the street scared to death. I found myself praying in the bathroom once while they told us to go back into the building even though there was still smoke. There was a small electrical fire that started on the roof somehow. But to us, in our minds, it was a terrorist attack. The fear, the constant thought and planned out escape routes in our heads were haunting us. One morning, I had to be taken out by the ambulance because I had such a severe panic attack that left me passed out on my desk. I took off work a couple of years. I swore to myself I would never work in an office building that held more than 500 people ever again. Although I love my new work (not so new anymore), the terrorists won. I work from home, but this is so not like me. I'm used to getting up at the crack of dawn and rushing off into a designated office at a certain time. And the only fear I had was being late. 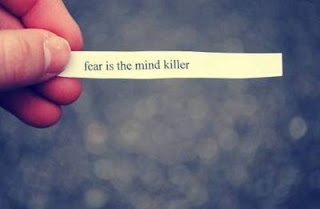 While I realize anything can happen anywhere, I just want to eliminate my fear. It's not working so well. I fear for people now, I fear for my wife, I fear for all my friends and family who have to go into huge buildings with a ton of people gathered together at the same time. Every New Year's Eve when I watch the ball drop, I also expect the bomb to drop. This morning after having zero sleep, I grabbed some coffee, sat outside and prayed. You know something --- it's strange how people are so surprised at this horrific event. I expected much worse in a larger capacity --- I expected a 'bigger 9/11', because my brain says, "The next time, it's going to be even larger."  My mind is racing so fast - so please bear with me. I also think about the year I went through with Dad passing, friends getting sick, friends dying and horrific tragedies taking place and a nuclear war threat to boot --- something's gotta give. I almost lost my faith in God, or perhaps I just questioned it a lot more, as you've probably read recently. The devil wants to steal your joy. Isn't that his job? And he also wants to steal your faith. "How can God let this happen?" The question is: "Why isn't our faith growing?" And that's how it's happening, how it was written in the Bible --- your faith will be tested when the times comes. We're over here like, "Why???" We forget. I forgot. But let me just tell you, I'm sort of glad I had zero sleep last night. I prayed to God, prayed for everyone involved in that tragedy and I had some pretty wild confirmations that God's on our side. So in reality --- the terrorists didn't win. Put on your suit of armor because it's gonna get worse before it gets better.  I apologize for the randomness of my post today. Again, my mind is just running way too fast, so I just jotted this down the way it was in my head. I'm upset, I'm unsettled, but my faith is still there. And now, I need to wean off the java.

For more of Deb's articles, please visit: www.debrapasquella.com or join her on Facebook and Twitter. Check out her cooking blog for some of her famous recipes!
9/11 Boston Bombing Boston Marathon faith in God fear God saves pray for Boston school shootings terrorism terrorist attack