- January 24, 2013
Recently, I came across a comment on my cooking blog from a man named, Stan Butler who follows me on Twitter. Under the name of "covnitkepr1" he states, "Honestly...you're killing me...I want to lick the pictures on my desktop it looks so good..My first love is Jesus…then my wife of 45 years…then cooking. I really enjoyed looking over your blog. I am now a follower of yours. Feel free to look over my blog and become a follower of my blog also." So I took a look at his blog and read the first post available. One of the paragraphs that surprised me read, "In other words, in this scenario, animals are just simply put, smarter than we humans are. It all has its origin back in the very beginning when God tells us He created everything 'after its kind'. But man, when he reads such things, does not heed such things. After all, the word bestiality does exist for a reason." A bit baffled about where he was headed with this, I continued on reading. (Maybe a dog is smarter than me after all.) In this next paragraph, it clearly states he is against marriage equality. "Allow me to remind you of something you probably already know. At the present time, the 'gay community' along with our God-less minded government no longer asks us to just tolerate this deviation; they are now insisting that we condone it as well. They no longer want same sex marriage and/or a same sex relationship termed as just an alternate lifestyle, they now insist we are to view it as a completely normal lifestyle. Since they can’t legislate what we think, they are passing laws that will legislate what we say about this abomination." We "insist" on marriage equality? Isn't that a civil right? These are the types of people who teach their children to hate gays and lesbians or make them feel like outcasts or horrible people. 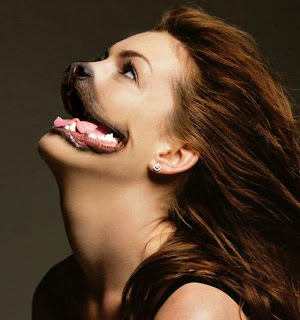 It gets worse. He states that Jesus refers to women as "dogs" in this next paragraph in one of his other posts: "It’s recorded in Matthew 15:26 that Jesus called a woman a dog. Let me repeat that; Jesus called a woman a dog. Now the Greek word He used was 'kynarion' meaning 'little dog', but a dog… is a dog… is a dog. Can you imagine where the women’s rights organizations would go with this today? Yet, a study of the text will reveal that He was only referring to her as being of lesser in status than those of the house of Israel." I can just imagine how is wife feels about this. I reminded him about what it says in Galatians. Through faith, we are God’s children. Galatians explains this perfectly. "Let me put it in another way. The law was our guardian and teacher to lead us until Christ came. So now, through faith in Christ, we are made right with God. But now that faith in Christ has come, we no longer need the law as our guardian. So you are all children of God through faith in Christ Jesus. And all who have been united with Christ in baptism have been made like him. There is no longer Jew or Gentile, slave or free, male or female. For you are ALL Christians—you are one in Christ Jesus. And now that you belong to Christ, you are the true children of Abraham. You are his heirs, and now all the promises God gave to him belong to you." ~Galatians 3:24-29 There is a huge difference between sinning and a sinful heart. Sinning is simply being human. A sinful heart desires to sin – it wants to hurt people and deliberately wants to steal your joy. A human that sins is natural. We repent and have faith in God. We no longer go by the laws of Moses. This is why God gave us His only son. We are freed from the law. 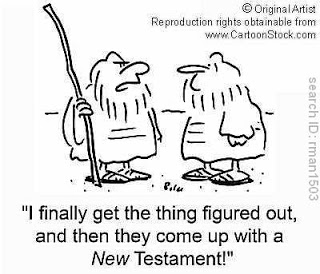 "But what if we seek to be made right with God through faith in Christ and then find out that we are still sinners? Has Christ led us into sin? Of course not! Rather, I make myself guilty if rebuild the old system I already tore down. For when I tried to keep the law, I realized I could never earn God’s approval. So I died to the law so that I might live for God. I have been crucified with Christ. I myself no longer live, but Christ lives in me. So I live my life in this earthly body by trusting in the Son of God, who loved me an gave himself for me. I am not one for those who treats the grace of God as meaningless. For if we could be saved by keeping the law, then there was no need for Christ to die."  Pretty huge statement if you think about it. “For if we could be saved by keeping the law, then there was no need for Christ to die.” If you constantly live in fear about God’s judgment, then your faith in Jesus isn’t strong. If you truly had faith in Jesus and claimed Him as your Savior, then you would know that the old law doesn’t apply to us anymore. We were bound by the law, but by the grace of God and His sacrifice of His son, we are made right with him. We live in our carnal bodies. We live here on earth, desiring earthly things. But if we have faith that’s strong and true, God isn’t going to just cast you away. God loves you. He knows how hard it is and what challenges we go through here on earth. This is the whole reason Jesus came for us. And, I truly feel sad when people make statements such as, “Well, you’re mocking God because you won’t repent and you keep on sinning and claiming Christ as your Savior.” If you really think about it, those people who say that are mocking God by not trusting in Jesus’ death. They don’t feel that Jesus’ death was enough. He paid the price in full. If we were to go by the Old Law, eating crustaceans of the sea (shellfish) would still be an abomination. Shaving one's beard would also be an abomination. I don't see the logic in someone actually believing that every single person will go to hell - because by the way Stan thinks and believes, we'll never see the grace of God.

Through years of writing upon this topic and having some heated debates with other Christians, I realized that it's a lost cause. You can never win a battle with someone of this mindset because they don't have peace in their hearts. They cannot accept themselves, therefore accepting anyone else. It really doesn't bother me personally that some people feel this way, but I am concerned over what it may do to someone seeking the truth, or seeking some answers in the Christian religion. This type of teaching can really deter a person from seeking out God. It's very scary and intimidating. It's judgmental and hateful. It's...not what Jesus is. It's not loving. It's not accepting. It's not even reasonable. Stan Butler not only condemns homosexuality, but he condemns women all over the world, referring to them as "dogs" and lesser of humanity. It's amazing how so many Christians of the same faith can believe in so many different "rules" and "sins" that seem to be cherry picked straight out of the Bible without truly meditating upon the scripture and only going by the old laws to which the Jews believe. Although I was very grateful Stan started following me on Twitter as well as taking an interest in my blog, but I wonder where and what the motive was. Is he out to "fix" me or "save" me from the great lake of fire? If so, he better where a fireproof life preserver because at the rate he's going, he's gonna need it.

For more of Deb's articles, please visit: www.debrapasquella.com or join her on Facebook and Twitter. Check out her cooking blog for some of her famous recipes!
bigot Christianity degrading women homophobia NOH8 old law Stan Butler women are dogs in the bible