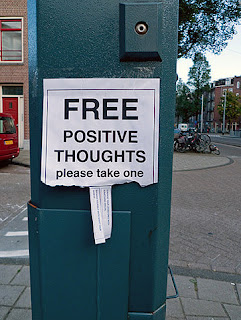 Words have power. Your thoughts that trickle into your words can manifest in your real world. For instance, through my own experience not too long ago, I was dealing with a lot of health issues. I always said, “Ugh I feel like crap” or “I don’t feel well” - negative statements that in fact, kept me feeling sick all the time. One day, I finally had enough and decided to change my thought process. I even thanked God for healing me before I was ever even healed, which instills faith. I would get up in the morning and say, “Thank you God for healing me!” I would also say, “I feel great today” - even if I had a pain where my gallbladder was supposed to be removed. I had a lot of stomach issues as well, which were all related. By the power of positive thinking and faith, my stomach problems seemed to have subsided. Don’t get me wrong, I still have issues from time to time, but it’s so much better than every single day being hurled over in some corner crying in pain. 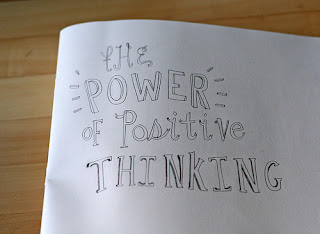 I tried explaining this to my dad who has just been through so much, given he was diagnosed with cancer. Before he got sick, he was the most positive man I ever knew. Nothing negative ever came out of his mouth, unless he was telling you some horror story of his younger days. But overall, nothing ever hurt him, nothing ever bothered him, he could eat something that was expired in 1970 and tell you he still felt great. And now, every. single. thing. that comes out of his mouth is negative and dreadful. Well, sure he has a right to complain since he was diagnosed with cancer, but he has been cancer-free now for a couple of months, yet something else took over: anxiety and depression. He has no “physical pain”, but he gets all the symptoms of anxiety. He’s going through PTSD and having a hard time with it. He keeps replaying the moments of each procedure in his mind as if it were yesterday. If you ask him, “How ya doing” - he’ll tell you he’s not feeling good, he can’t sleep, he has dry mouth or a nervousness in his stomach. The sentence he uses the most is, “I can’t get rid of this thing!” Right there I stopped him. 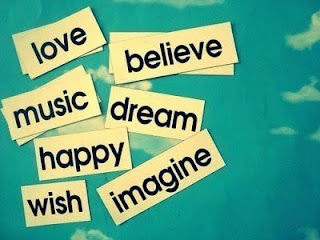 “I don’t know what to do, I can’t kick this, it’s awful, Deb.” he said to me for the millionth time. I told him some tips for his anxiety symptoms that I personally use, like teaspoon of mustard for his dry mouth and heartburn, watching a comedy when you can’t sleep (laughter makes me sleep like a baby), and listening to meditation-type of music. I also told him, the worst thing you can do is voice your demons. Fight it. Say, “I feel great” even when you feel like a pile of shit. Just say, “Wow, thank you God for the best day of my life” - and watch how your day unfolds. Words have power. Your mind has the ability to heal itself. It may not heal physical ailments as much as we would like, but it can relieve anxiety-related symptoms and pains. I know because I have gone through this and this trick seems to work best for me. Envision your day to be the best day. Envision your anxiety to dissipate, envision envision envision! Some people believe that if you state, “this has already been done” or thank God for giving you something that hasn’t been available to you as of yet, that it’ll jinx your hopes for whatever it is you need. I believe the total opposite because it’s proven to me that it works. 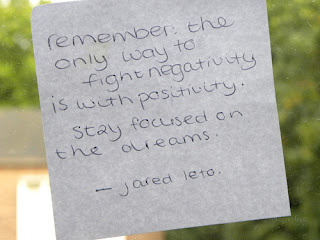 Another thing that I have noticed which is very important to remember is, negativity is contagious. I’m not saying don’t complain or tell someone when you don’t feel good, but if you constantly verbalize your negativity, those around you can catch it as well. Even if there is a person who has depression, their partner or spouse can quickly develop it too. At night, whenever I have insomnia or an anxiety attack, I quietly tiptoe into the living room to watch TV, or somehow alleviate my symptoms the best I can, without waking up my wife. In the morning, I try to make her laugh while we eat breakfast together and send her off to work smiling. There are times when I am in pain or not feeling well and she’ll ask, “How you doing sweetie?” I just smile and say, “Couldn’t be better!” If it’s not detrimental, I don’t verbalize the demons. It’s not worth it. It took me years to figure all of this out. I remember a time when I used to verbalize it too much and I saw my wife go through her own ailments. If I was feeling depressed, I saw her catch the bug as well. So with all my power, with all my strength, I try to hold it in unless I really have to let someone know that I’m not feeling well. If it’s something I can handle on my own, then no one will ever know. 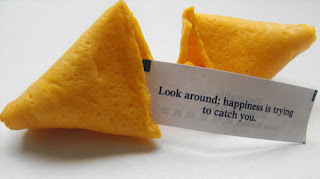 My father keeps saying, “I can’t have anything happen to your mother, I can’t live without her.” He even encouraged her to stop smoking which is great. The both of them have amazingly quit. The only thing that I’m witnessing is, my father’s bringing my mother down a path of depression with all the negative verbalization of his ailments. I gave my father a little analogy... If you place a banana that is too ripe along with fresh bananas, they all start getting too ripe as well. I have shared my story about how I incorporated positive verbalization into my life, just so my ‘bug’ isn’t contagious. Since I go through anxiety & depression, I can at least tell him how I handle it. And so far, it seems to be slowly progressing where he’s actually able to eat more, talk about other things besides his anxiety symptoms and basically, he’s been distracted for the most part. I've been trying to make him laugh like his own personal court jester and he's been responding well to it. He still has his rough moments, but it’s getting less and less. It’s very challenging to try to convince someone who believes in “reality” more than faith that it’ll work. If someone is skeptical, it’ll never fly. But I’m hoping with more positive encouragement, it’ll get better and better. In fact ~it’s the best it’s ever been.

"A happy thought is like a seed that sows positivity for all to reap." ~Miriam Muhammad