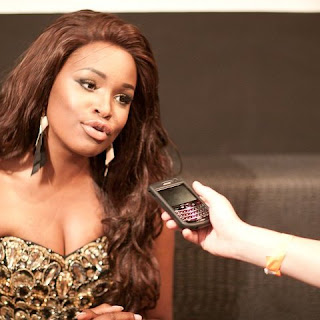 What makes a blog interesting? What lures you into a particular website on a daily basis? Is it their life, their writing style, their opinionated nature, advice, or perhaps just a morbid fascination with negative controversial topics that are begging for desperate attention? I’ve found quite a few bloggers who try to be another Perez Hilton, but just don’t make the cut. Most ‘attention begging’ blogs that I have seen hardly generate any traffic at all. Their Twitter accounts are less than 100 people and their fan pages that they sadly set up are still in the two digit phase. The unfortunate part is, they’re usually well written and you can obviously see that the blogger is intelligent for the most part. But here’s the drawback in my personal opinion: they have nothing positive to say about anything. It’s all about relentlessly bashing other people for the mere sake of possibly getting noticed. While it’s fun to read tabloid-like blogs, it’s also entertaining to see a positive spin, even if it’s just a smidgen. In their minds, and perhaps there’s a bit of truth in this, they get more feedback, especially when it’s negative by writing ‘celebrity bashing’ blogs. There’s a fine line between defamation and strong opinionated “assumptions”, which brings me to my next rant...

Mark Russo. His Twitter bio reads: “Part-Time Blogger - Full time pain in the ass.” He has 87 followers. He then directs you over to his “fan page”, which has 19 people who “liked” his page. Here is his profile info page on Facebook:

I try to take a witty look at pop culture with a bit of a social slant. Some people find it offensive, some don't and others just don't care. I think its pretty cool people take time to read and share their thoughts, even the bad ones.

Secretly I love all the negatives comments. But some good ones every now and then don't hurt.

I get pretty beat up for my massacring of the English language and my atrocious spelling. I know! At least I try.

While we all love gossip to some degree, Mark Russo went overboard while sneaking into the premier as a 'plus one' and interviewing Nyasha Zimucha, a cast member from The A-List New York. Ryan Nickulas’s mother unfortunately passed away recently. After wasting Nyasha’s time and asking a slew of pointless questions, he then asked if Ryan’s mother’s unfortunate passing was some kind of “discourse” with the show. I believe he was asking if it was some sort of publicity stunt, or perhaps a conflict within the show itself. With his thick nasally lisp, he asked if Ryan and TJ were upset with the show “or something like that” as he stated. Fiery Nyasha verbally bitch slaps him back with, “Sweetie, what part of English don’t you understand? His mother passed away! Are you human?” She then called him a douche bag and then discarded him like yesterday’s trash. Mark then got fired from his blog for asking an inappropriate question. Luckily he posed it as a question rather than stating this on his blog or other medium he uses to verbalize his bullshit. If it was a statement, it would have legally been considered defamation of character. A blogger only has a right to tell the facts and also give their two cents --that’s it. Once it becomes a “statement”, or just a blatant lie, it becomes a legal issue, which why he probably got fired. He creatively tried to defame Ryan Nickulas, which is why the people who own the blog didn’t want any part of it. That’s my honest opinion on what I think happened. His unapologetic statement on his blog reads, “I don’t view the firing as a reflection on me. It speaks to the integrity of the website and the odd desire to be associated with the ‘celebrity’ world. I was trying to provide a counter view to the show in a snarky/witty way. Now you can go to that website and read story after story that fawns all over the cast and any other faux celebrity that will grant an interview—that’s so called real journalism.”

Mark, the definition of “integrity” is: “adherence to moral and ethical principles; soundness of moral character; honesty.” Sadly, you are none of the above, but the website is. Even “yellow journalism” doesn’t stoop that low, which is why he got terminated. What kind of human being resorts to asking ‘bottom of the barrel’ insensitive type of questions just to gain a follower or two? What’s that old saying -- you can catch more flies with honey than you can with vinegar? Unfortunately, for Mark Russo, the only thing he caught with his bottle of vinegar was a verbal bitch slap from the new spicy cast member Nyasha and a pretty pink slip from his blog. His 19 fans will be so devastated, that is, if they aren’t faux alter ego accounts following him. By the way Mark, thanks for retweeting me!