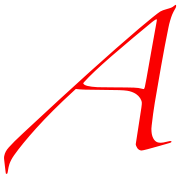 Michelle Bachman, the GOP congresswoman has put her foot down on gay marriage, and yes, pornography too. This may backfire on her, if she only knew the amount of smut on many right wing conservatives' hard drives. She should have just stuck to her guns with her attempt to ban gay marriage only. Now she’s included every single person on this planet, well maybe except the pope. In the New York Daily News, it states, “The GOP congresswoman is the first presidential candidate to sign a pledge that calls for banning all forms of pornography and gay marriage. It also requires fidelity between spouses.” So not only does she want to ban gay marriage and pornography, but she wants to stop infidelity as well. Honestly, this woman is off her rocker if she thinks she can control the lives of people living in a free country. She has to be out of her mind if she thinks she’s going to get any votes whatsoever. Being in a lesbian marriage myself, my wife and I have actually voted for presidential candidates who were against gay marriage. Our choices were based on matters that were important to us, not just a paper that says we can be a legalized couple. 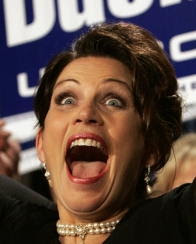 “It also states that homosexuality is a choice and a health risk - and should be compared to polygamy or adultery.” I recall many radical Christians comparing same sex unions to those who are pedophiles, rapists and murderers. How far will she go? Does she know the definition of polygamy? Does she know the definition of adultery? It has nothing to do with homosexuality. This woman has the same IQ Sarah Palin has. If anything, I’m complimenting Bachman. Being a Christian myself, I’m now starting to realize how much craziness goes into politics once religion gets caught up in it. Years ago, I would have probably voted for a candidate if they just stated they believed in Jesus, but now, I’m realizing that my own religion, my own faith in God is in my heart - not in politics. In my opinion, too many people base their votes on religion - and they have every right to. We vote based on what’s important to us. But when does it come to the point of insanity, once we’ve voted for someone who basically leads the U.S. like a third world country? We’ll be seeing the letter A on the chests of those who have strayed off the path of monogamy.
For more of Deb's articles, please visit: www.debrapasquella.com
Debra Pasquella gay marriage infidelity Michelle Bachman polygamy pornography Sarah Palin