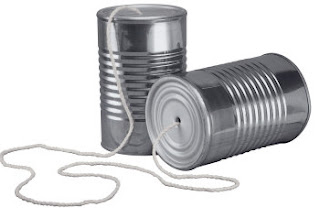 Have you ever heard someone talk about their past with such enthusiasm that their eyes light up? I love seeing that each time my mom talks about her childhood years growing up in Brooklyn, NY. From her playing Jax in an alley with her friends to meeting my father at a church dance when they were only seventeen years old. All of her stories are so entertaining, even when she told me she used to use two tin cans attached to a string, sending one over a clothes line in the courtyard of her mom's tenement building to reach her best friend in the apartment over on the other side. They would have conversations at night using this ancient method. Back then, creativity was forced upon you. There were no cell phones, texting, computers or social networking sites to see what your friends were doing every single second of the day. You had to literally walk a few blocks to “check their statuses”. There was no such thing as an “obesity epidemic” - people actually walked to communicate, because most of the kids were too afraid to use the phone due to the high cost of a simple dial up. 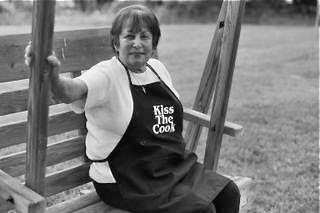 A couple of years ago, as my mother was reminiscing once again (even though I’ve heard some of the stories a billion times), I suggested she start up a Facebook account. She said, “Oh no no, I don’t want to be on that internet thing!” I laughed and kind of thought it would be adorable to see her little face commenting on everyone’s photos, statuses, etc., but she insisted that she did not want any part of it. I went against her wishes and tried it out. I set up an account with her name and the most adorable photo of her wearing a “kiss the cook” apron on. The relationship status was, “it’s complicated”. It was the funniest profile if you knew my mother in person. My sisters were hysterical over it and of course, mom got word that her account was up and running and she. had. a. fit. The funny thing is, so many people from her past were trying to contact her. I thought she would be thrilled about it since she talks about her past so much with such happiness. She was getting more friend requests than I was! (I was kind of jealous actually...) I said, “But mom, ‘so and so’ befriended you and remember your old best friend from 1978? She tried to contact you too!” But still, she didn’t want any part of it. She sneered at me and said, “Facebook is for kids.” I insisted that all of her classmates were on there trying to reach out to her as well as her current friends who she sees on occasion. Of course, the account had to be pulled down, yet now, she’ll either ask me or one of my sisters, “What’s Deb doing right now, go check her status”, or she’ll ask me, “What’s your sister doing right now?” Now I tell her, “Get your own account and find out!” She’s now contemplating whether or not to have a Facebook account.