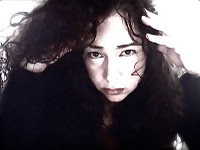 It’s funny. Ever notice when you’re either about to leave a job, relationship, a home - whatever it is - it’ll start testing your patience on a larger scale? And what I mean by that is - you will go through the ringer for some reason. Everything seems to go wrong all at once. It’s at the very end, and you’re almost out of a bad situation or, a situation that’s ‘best’ to get out of - and all the shit you were so sick of increases for whatever reason. Granted we’re out of here by next month. We loved it here/we hated it here, as I’ve stated in my previous post about this condo, but the little things that irritate me are multiplied by a thousand now. So, if you don’t mind, I need to bitch and moan once again about this problematic complex. I’m even going to bullet this bitch. (You can tell I've lost sleep and I'm a bit crass, so pardon me...)

* Losing sleep. I have lost sleep for a number of reasons. The neighbors downstairs won’t stop galloping like a buncha’ wild horses. The dog starts barking nonstop from 5am till mid-morning. There’s an overgrown tree right next to my bedroom window and air conditioning unit. It hits the wall, the a/c unit about a million times per night, waking me out of a deep sleep. So needless to say, I anticipate this loud “bang” at any given time. I’ve been up for about four days now and finally got a little rest last night.

(Click here if you can't view the video. This is something I shot while my black water problem had reared its ugly head.)
* Black water. I don’t know what the hell is going on, but once in a while, we seem to get a rush of black water coming through our faucets, shower heads and toilet bowls. It’s so awful that I had to take a video of it. Each time I tell the home owner’s association, they tell me it must be due to the construction going on. --There’s no construction anywhere. So a month later, I asked again what was going on. They had repairmen fixing the problem in our building because our other neighbors were complaining as well. We have never once drank this water---ever. We use bottled water for drinking as well as for the coffee maker. That’s just insane. I actually pray while showering that it doesn't strike then. It’s unnerving.

* Bees. I’m fully aware that this time of the year we have to deal with bees finding their own homes, which means sniffing around every corner of our decks and property. Fine. But the problem with this building, among others alike is that there is no routine maintenance. Last year, I opened my walk-in closet door to find a slew of carpenter bees relaxing on my nice white towels. I. freaked. the. hell. out. I walked into my living room and there were yellow jackets flying everywhere. I called the HOA and pleaded with them to get the exterminators here asap. They did. I told them I was deathly allergic to bees and that they need to seal up the attic (which is their property) so I that can live in peace. Things were taken care of, until this year when they decided that they didn’t want to do anything about it. Again, bees all came flooding into my closet, which has a trap door to the attic. Unacceptable. They got the exterminator once again, and it seems like the deck is now unable to be enjoyed because there's this sappy tree that is overgrown attracting them like flies on shit. We’re screwed for the entire month if we wanna get some relaxation outside.

* Slamming doors. The angry lady below me has a fetish with slamming doors until something upstairs (in my unit) comes crashing down. Either she’s just a miserable bitch or she doesn’t understand her own strength, but usually, it’s right after she’s been quarreling with her husband. And if you’re reading this "Miss Angry Woman" - STOP the madness! The other day while we were sitting on the couch watching TV, she had slammed the door so hard that one of my huge paintings fell right onto the tiled floor in the foyer. It didn’t break, thank God, but it sure scared the crap out of me - both slams. This isn’t the first time this woman has shaken my unit. I had a smaller photo frame that came literally smashing down. I had to buy a new glass frame for it. I never said anything. I just bought a much more stable hook for it. Try listening to this woman slam doors like the Incredible Hulk at 5am. Not fun.

I’m really hoping the next people who get to live here are going to be more fierce, much louder and give the neighbors below a dose of their own medicine. In fact, a family with a few kids would be nice. God, grant my wish. Ah but atlas, revenge is only for God to take.
For more of Deb's articles, please visit: www.debrapasquella.com
condo living Debra Pasquella HOA noisy neighbors