Controlling Our Emotions: Is It Possible? 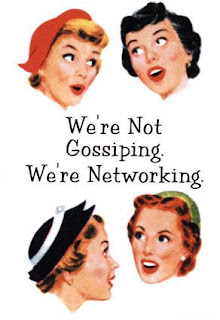 For a very long time, I played “the little victim cry baby” and complained about who did what and he said she said bullshit. And because I chose to “let” it affect me, it also affected a great deal on my overall health and well-being. It’s hard to turn your back on someone who is literally insulting you, bashing you or betraying you in some shape or form. The crazy thing about it is, the more you respond to it, the more it will increase. And I know most will say, “Well I had to defend myself” - and we all want to defend ourselves for reasons of “self-respect” - but in the process, are we actually hurting ourselves in the long run? Is it better to walk away from an abusive person (verbally speaking) or to stay and defend yourself - fight it out till someone wins? There are so many different opinions on this. I speak mostly about trivial gossip, rumors, people who just want to annoy you for a living. I literally had someone verbally bashing me day in and day out, and I felt this constant need to defend myself, because in my mind: everybody will believe her. She slandered me, created rumors that were ridiculous, and I sat there like a victim, crying and defending myself like a cornered bobcat. And remember, there are three sides to any story: the first party's, the second party's, and of course the truth. 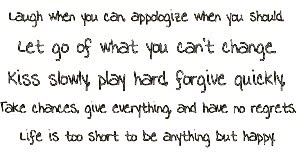 I must be getting old because I’m learning a lot. I learned that if you don’t respond to the crap that’s being said about you ---it. goes. away. It may take a while, but if you don’t add fuel to the fire, what happens to the flame? It usually fizzles out. These people look for a response and when they don’t get it ---they simply move on. But we, being the emotional creatures we are, some of us tend to want to control it - to stop the madness from happening. You can’t control anything, however you can control how you respond to it. Once I made that decision, the craziness stopped. Sometimes it would drudge back up, but I “chose” to not respond to it. No longer am I a prisoner to somebody else’s words of deceit, slander and insults. Instead, I am in control of how I respond; in control of my own emotions to which I’m responsible for. I only wish some of these kids who went through the very same b.s. realized this before it was too late...before they decided to take their own lives because they let somebody torment them. Kids and adults experience this - it’s not just limited to a specific age group. I remember in high school it was much different. There was a greater urge to defend our reputations. And speaking for only myself, I find that it was more stressful back then, as it is now in my adult life dealing with these types of people. But, if I’m at a weak moment in my life, I can slip up and let that person affect me all over again. It's a conscious choice and I'm just learning this now. And please keep in mind, if someone is harassing you or threatening to harm you, that's an entirely different scenario. That type of issue should be outed and reported. No one should be harassed or threatened. I'm only speaking about trivial rumors and gossip that people tend to get so upset over. No response = a peaceful day.

How do you respond to situations that cannot be controlled? Do you fight to defend yourself or do you simply not respond to it at all?
For more of Deb's articles, please visit: www.debrapasquella.com
bullying controlling our emotions Debra Pasquella gossip rumors