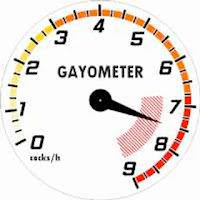 While spending some quality time with my straight friends over the weekend, I was asked a very interesting question regarding a married couple who got divorced because the husband’s wife had fallen in love with another woman. “Deb, do they just realize they’re gay or did they know all their lives?” This is a tricky one because it crosses the borders of 'is it a choice or is it genetics'? While I do believe that there are some genetics in the works, I also believe that there are many instances where it definitely is a choice. Think about it this way: there are many gays and lesbians who choose to live a heterosexual life for whatever reason. It doesn’t necessarily mean they’re not happy, but it does raise some pretty interesting questions regarding their hidden desires. That question had to be answered very gingerly. I didn’t want to lump all ‘new’ gays and lesbians into one bulk. Is there even such a thing as "new" gays & lesbians? Everyone’s different. So I based it on what Madelene and myself had gone through in our past.

I explained to them how Madelene was married to a man - a man who was her best friend. Yes, she loved him, but she knew all her life she was more attracted to women. But for her, it was more about connecting with someone emotionally; someone who she could relate to and feel genuine attraction towards. As for me, I knew all my life, but I also knew that I was attracted to guys while in high school. It was half & half, I guess you can say I’m bisexual, without having my cake and eating it too. It’s all about the emotional connection I lacked with any of my previous boyfriends. And like my wife, I needed to be genuinely attracted to the person I’m with on every level. For some people, they do just find out that they’re bi, gay or whatever. And that’s okay. You just can't argue with that. If it’s a choice, then you have to go with your heart. But what about women who have been hurt by men, who choose to be a lesbian just because they’re too resentful? “I hate men!” They become manhaters and sometimes, they develop these unhealthy relationships with other women because they aren’t “genuinely” attracted to them. They’re dating other women because they’re angry at men. That's usually a short-lived homosexual life. 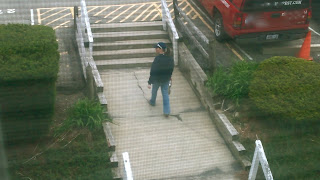 Each and every one of us are so different and unique in our own ways. Who’s to say what’s a choice and what may be genetic, unless they’ve known all their lives? How can you make assumptions about someone else’s heart, desires and “genuine attractions” unless it’s honestly told? There are so many situations, circumstances, changes of the heart and bitterness that leaves so many people making different choices each and every day. I always say, “My gaydar went off”, if I meet someone who appears to be a “sister”, (as we lesbians call them) - if she appears to be bi or gay. But really, is it fair? This morning I had a bee exterminator come in. She knocked on the door and to my surprise, it was a very cute girl with a huge tank of bee spray. As she sprayed my deck she then came inside. I asked if she would like a cup of coffee, as I do with any contracted workers. She said, “No thank you. Sorry my voice is raspy, but I went to see a really cool car show yesterday.” She fixed her baseball cap and pulled out a contract for me to sign out from her pocket from her rugged, ripped and loosely fitted jeans. She then began to tell me about how she got into the exterminator business and how she is deathly allergic to bees. I found that interesting since she’s dealing with them for a living. When she walked out, my 'gaydar' went off. But then again, I have met straight women who have been a little rough around the edges. I then began to realize how unfair it was for me to judge just upon first meeting, especially during a workday for her.

I guess it’s normal to assume anything with anyone because we’re all human. It makes life a little more interesting, even if it’s a bit unfair. People love to gossip - that’s a given - but when does it come to the point of taking it too far? Why can’t people just be people without the labels or assumptions? Maybe the interest lies of the person assuming?
For more of Deb's articles, please visit: www.debrapasquella.com
Debra Pasquella gaydar gays and lesbians genetics is it a choice LGBT