You Were Not a Mistake! 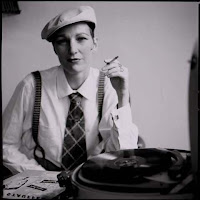 As of late, I have learned a new word: androsexual. It means you can be attracted to a person regardless of gender. You may think, well isn’t that being bisexual? In my opinion, yes and no. Yes, because it includes both genders, but no because, sometimes gender identity is more complex than we think. Personally, I hate placing labels on my forehead just to tell everyone, “Hey! I’m a lesbian”, or “Hey! I’m bisexual!” I’m just “me”. I love only one person who happens to be another woman. If that makes me a “lesbian”, then so be it. The derogatory term, “queer” is being used as a positive label for those who are androgynous and don’t care for a male or female distinction. Then you have transgender women who may happen to be a lesbian or perhaps, a straight “woman”. Sexual identity has nothing to do with sexual orientation. I know a woman who is now a male that prefers men. So “she” is now a “he”, who is now, a gay man. You can reread the sentence again if you'd like. And, there are more bi-gender people out there than you think, (people with both male and female genitalia). Depending on who they are attracted to is up to them, just like anyone else, but it doesn’t “define” who they are. Physical attributes and orientations are only a fraction of who these people really are...who I am...who my wife is. 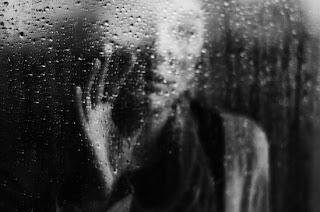 There are so many people who are living a heterosexual lifestyle, whether they are dating the opposite sex or married with kids, who knew all their lives that they are gay, lesbian or bisexual, and yes, even androsexual. I truly believe that family and religion hold a huge influence in which direction we may take, depending on the mindset, desire to be free and the ability to face adversities. Not too long ago, I received an email from an anonymous woman in her late fifties with five children and a few grandchildren to boot. She lives with her husband and her two younger sons, since the other three have moved out and started families of their own. After describing her life to me, she then confided to me that she is and always has been, a lesbian. She has always been loyal to her husband of twenty plus years, however she knew that with her own immediate family, plus the family she started with her husband, that it would devastate them greatly. She has cried herself to sleep many nights, for many years because of the denial of how she felt and the emptiness that went into her marriage. Her love for her husband was more familial and hardly romantic, although he felt differently of course. She has fallen in and out of love with many female friends in her life while living the ‘straight life’. How can this happen? How does someone “choose” when in fact, they never chose their orientation? They went against the grain and now, she feels it’s much too late.

Years ago while attending a church service, Madelene and I attended a meeting with the gay and lesbian ministry. Let me rephrase that: the ex-gay and lesbian ministry. The two women who ran it, who were together for twenty plus years are now "cured" and living a life of celibacy, yet still cohabitating together. As they went up to give their testimonies, the one lady started crying her eyes out. Her emotional pain was evident. She was emotionally tortured by the people of the church, judging her and threatening hell as her afterlife, while misinterpreting scriptures so it fits their needs. Meanwhile, the adulterous sits in the midst of all this and judges as well, while nobody looks her way. What makes another person who is also a “sinner”, judge so harshly? What makes people think it’s right that they can control people’s lives and run it for them with the means of brainwashing them in the name of God? If they simply go by Leviticus, it clearly is evident that eating shellfish or a man shaving his beard will surely go to hell. Even Romans and other books of the bible describe homosexuality as "promiscuity", but they are not speaking about a loving relationship between two people. The bible clearly states the dangers “sexual sin”. Even premarital sex between heterosexuals is a sin. Why can’t people of every lifestyle and “sin” congregate together as one and worship their God without the judgments of others? Isn’t that what church is all about? Didn’t Jesus spend his time and surround himself with “sinners” and immoral people of this world? Why aren’t we doing more of this? 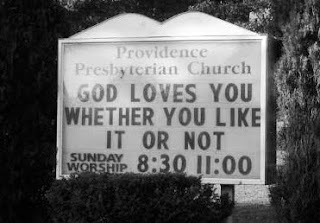 I was speaking to a friend of mine who happens to be Pagan. In her beliefs, she doesn’t understand why many people of different religions don’t go to a Unitarian church. For me that’s a touchy one, because I had explained with my deep faith in Christianity, I want the church that has the teachings of Christ, not just “all gods”. It’s not that I’m being judgmental, it’s because I want to learn more about Jesus and all the teachings of Christianity ----with confidence knowing that I do have a personal relationship with God. When people start focusing more on others who attend the church and not so much on God, then it becomes a negative place. I truly believe this is why many gays and lesbians have turned away from Catholicism and Christianity because of these reasons. This is why the documentary that I’m working on is so important to produce. I feel people should know ---yes, there are gay Christians out there that want to be heard! And yes, there are many opinions of those of different faiths that love God, and yet, still gay and lesbian. I have opposing views as well to balance it out, but most of all, my LGBT friends will be heard. Their beliefs matter. Their opinions matter....and most of all, their relationship with God is the only thing that truly matters.

This world is filled with beautiful flowers in a huge garden. Don’t let a couple of weeds take you down. Rise up above the rest and know that God loves you more than anyone in this world can ever love you.

“Destruction is certain for those who argue with their Creator. Does a clay pot ever argue with its maker? Does the clay dispute with the one who shapes it, saying, ‘Stop, you are doing it wrong!’ Does the pot exclaim, ‘How clumsy can you be!’ How terrible it would be if a newborn baby said to its father and mother, ‘Why was I born? Why did you make me this way?’” ~Isaiah 45:9-10

You were not a mistake!
**********************
If you're interested in being apart of our documentary, "Gays & Lesbians of Faith", please email me at deb@debrapasquella.com for more info. Below is a small sample/trailer of the documentary.
Christianity Debra Pasquella gays and lesbians homosexuality LGBT