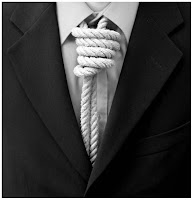 Years ago, jobs were more plentiful, more obtainable and of course, more desirable. After school, I started temping for a medical company that my sister had gotten me into. I was a product control tester, making sure all pocket PDRs (tiny little medical info laptops) were working properly. It was a tedious job, but I was thankful to get my foot in the door of a reputable company. After my time there, I started working for IBM for quite a while and although the pay and benefits of working there were wonderful, it. bored. me. to. tears. I was working in the finance department where everyone shared an office like a college dorm. Unfortunately, I had to share my “dorm room” with some hillbilly woman with no teeth who dressed up in pink corduroy pants and a leather vest with tassels. I kid you not. I always wondered how she got the job, but I quickly found out she was a fixture to the company - she had 20 years under her belt. As months went by, she started treating me like her little slave girl. Mind you, we both had the same accounting position, however because she was “seniority”-- she was the mother hen of the entire finance department. I was the rookie who was pushed around and somewhat verbally abused by this woman at times. 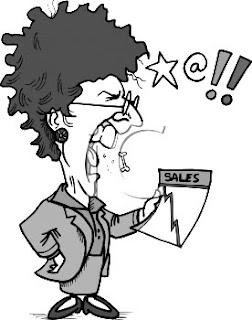 “Go grab me my printouts - the printer on this floor isn’t working.” She demanded, not even thinking twice if she should have posed that as a question, or perhaps, ‘can you do me a favor’ type of start to her sentence. Mind you, IBM is huge and looks a lot like a vessel from Star Trek from the inside. I had to walk through weird sliding doors that opened with one swipe of your card, off into a tunnel dome that looped into another building, take the elevator to whatever floor happened to have a "working printer" and hoped that her general ledger reports were sitting there waiting for me. After I shlepped back up to where Mz Hillbilly was sitting all comfy in our office overlooking the mountains and a beautiful lake, I would hand her the reports and get back to my own work. Not even a “thank you” or “oh great” ---just an expected look and a quick swivel of her chair to get back to her work. We’d sit there finishing our work till 5pm in complete silence, unless she had to pick up the phone, putting everyone on speakerphone. Who cares about the rookie squinting at the small numbers on the ledger report? If one number is wrong, the entire staff has to sit and shuffle through which penny was lost until midnight. She had no courtesy whatsoever. Her voice and accent drilled through my head - a cross between Jodi Foster and some backwoods Mississippi moonshine distiller. How did she get this job? 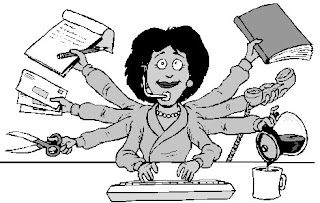 The entire finance department consisted of one floor. This department was known to be “the quiet section”. All other departments had fun people who dressed up their “dorm rooms” with posters and weird lighting - they were cool and they all hung out and treated one another like human beings. They dressed in jeans and a nice dress shirts --everything casual yet they worked hard. One step into the finance department and you found yourself surrounded by a slew of stuffed shirts with high blood pressures. Our department that consisted of approximately 8-10 people, had 1 secretary. She had a huge circular desk in the middle of all our ‘cushy’ little offices, or dorm rooms as I call them. They treated her like Mz Hillbilly treated me ---like shit. They all took her for granted and expected miracles out of her. She was a bubbly and feisty woman, probably in her mid-thirties who looked bored out of her mind too. She was always eating sweets and loved her food. She was the sweetest woman ever. One morning I took it upon myself to bring her in a big box of Italian pastries along with a stuffed animal that said, “Best Secretary Ever”. If you shook the stuffed animal, it would make weird hyena noises as if it was laughing or more like choking. I said, "Pretend it's the people who piss you off in here..." That small little token made her cry. She thought I was ‘one of them’----the Stepford IBM drones. We started having lunch together and she found out I was a real human being. We would come back upstairs from lunch hysterically laughing till we cried. It made the entire finance department realize it needed a little humor up there. Everyone started to lighten up a bit, in fact, when it was our break, we would sit around her desk and hang out ---everyone came out of their office to take their breaks with us. Who would have thought that everyone in that finance department were all human? I couldn't believe they all had a sense of humor. Even Mz Hillbilly and I went out for a drink! We became friends and never again, did she demand anything from me. I still helped her out, but it wasn’t “expected”. 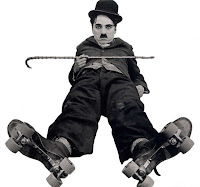 There have been a couple of other companies I have worked for that was just like this. I figured, if I loosened up a bunch of IBMers, I’m definitely gonna loosen up this crew. And I did. It goes to show that when people are stuck in this drab atmosphere, they’re dying to get out of it. Everyone loves humor and everyone loves a touch of the 'down to earth' type of atmosphere - even if the company is a huge wet sock. I’ll never forget working for the Sorrento Cheese Co. and someone said the president of the company was really upset over something (work-related), so I grabbed a huge candy cane off the walls of the building, made a fake little mustache and then danced like Charlie Chaplin right outside of the door of his office. He tried staring at me in an intimidating way, red faced, hoping to scare me off, but instead, he bursted out with laughter & decided to give me that raise I’ve been wishing for.