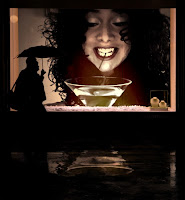 Everything I do, everything I have done, including everything I plan on doing, has one underlining motivational factor: Madelene. Whether or not other people view us as a "family unit", that’s exactly what we are, even without having children. She’s my family. She’s my wife, my best friend and the person I trust 110%. I seriously don’t have fun when I’m not with her. It’s not that I need her to be with me 24/7, but it feels like there’s something missing. If I’m out with friends and I order a delicious martini, I think, “Oh Mad would love this”, or if I order something I think she’d like, I’d save half and bring it home for her. It’s just not the same without her. We had gotten into an argument not too long ago -mind you we hardly ever argue, but a disagreement once in a while is healthy. This one was one of our biggies. She said to me, “Do you want me to move out so you can think clearly?” I stared at her thinking, “Oh my God, I couldn’t stay here if you left!” The thought of coming home without my best friend was just a complete mind f%ck. This home isn’t a home if she’s not here. She’s my home. 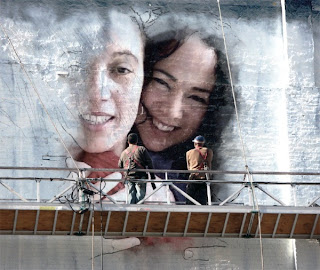 We both travel in life looking in the same direction. We want the same things in life, we believe in the same religion and both feel strongly about political matters. That’s so important to us. We also remain a bit quiet about our views, as most of our friends are on opposing sides of our political stance. It doesn’t make for a great discussion anyway. With certain friends that I have had, and yes, I am saying past tense - they all seemed very resentful toward us in some way or another. One friend of mine would be fine when we were spending time alone, talking, having a drink together and laughing, but once Madelene came into the picture to join us, my friend would turn into a completely different person. She began to mock me and even go as far to say that I wasn’t in love with my wife. She would see Madelene come home and kiss me hello, and following that, came a slew of insults darted at me. I have had this happen with a few friends of mine. We never once excluded people, nor have we ever made people feel uncomfortable with public displays of affection --maybe a kiss hello, but that’s it. 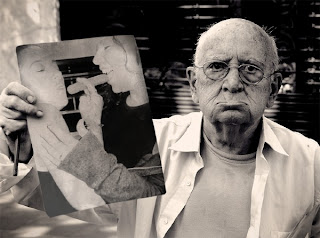 Recently I have encountered a “friend” who got upset with me and blurted out, “Being with someone for sixteen years - you must go through LBD (Lesbian Bed Death).” She had also stated that she doesn’t think I’m in love with my wife and quite a few other opinionated remarks that were just baffling, since I've never gotten “too close” with this friend in order for her to know my life in such an intimate way. Why people are so interested in our sex life is beyond me. I’m like, why ---cause I don’t tell all my graphic sexual details like some people do? Sometimes I sit there in shock thinking: must I know this? TMI seems to be “in” these days. And don’t get me wrong, I am a very open person - but not in the sense of telling intimate details and then having it slap me right in the face with a vicious rumor later on. What’s the difference, right? Rumors will be started regardless. Right now, we have the “LBD label” stuck on our foreheads. We’ll deal with it. 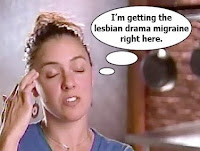 I’ve come across a couple things, being that I work and network with many lesbian entertainers. The one theme that I have seen a bit too often, is other couples judging other couples. Let me explain: one assumes that the other one isn’t a healthy one. “Oh she makes more money than her, she deserves someone on an equal pay scale.” First of all, it’s none of anyone’s business about anyone’s financial matters. If that’s what you’re going to base your opinions on, then look inside your own relationship(s). There’s always someone else who makes a bit more. Does it really matter? If it’s an issue within in the relationship, then it’s their bone to pick and prod at, not yours. “Oh I think she may be abusive.” I heard that one a few times. Listen, if you don’t know for sure if that person is being physically abused, then shut it. It’s a vicious rumor that needs to end right there. You can’t base your opinion purely on judgmental factors. “Oh she looks angry all the time, she must beat her.” WHAT? Come on ladies. (I know this happens in the straight world, but I’m only speaking from what I have seen lately in my world.)

Moral of the story: stay out of someone’s relationship, keep your opinions to yourself and remember, whatever energy you put out there, whether negative or positive, will always come right back atchya’.
Debra Pasquella gossip LBD lesbian bed death lesbian drama lesbian relationships rumors