Is it "Stalking" Or "Peeking"? 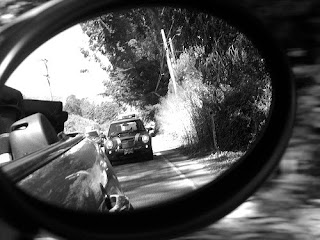 Have you ever felt like someone was watching you or something just wasn’t right? I mean, granted you can’t tell if someone is tapping into your public facebook or Twitter account, however I’m not even speaking about the internet - I’m speaking about in real life “in the flesh” so to speak. We’ve all done the “spy on the ex lover” type of thing on the internet - who hasn’t? We’ve Googled, we’ve seen their public statuses and whatnot, but when does it come to the point of creepiness when it starts happening in person? Not too long ago, you probably remember me speaking about someone driving by my neighborhood. It was an ex-friend who wanted a bit more than just a coffee clutch bud. When the friendship ended, it was peaceful for quite some time...until I started seeing her car everywhere I went within a five mile radius. I just chucked it up to it being a coincidence. She was harmless. Then, I started seeing her on the very street that I live on. I looked right at her car and saw her driving, staring right back at me. Did she have a friend in my complex? Who knew? Then one Saturday I was driving into town picking up some last minute goodies for a party that I was having that evening. I pulled out of my driveway and started driving. I saw my friend’s car driving toward me, passing me by and then, she quickly stopped her car and pulled it around the other way. I drove off so quickly and hid in the back of a CVS while it was pouring raining outside. This happened for about five months or so? I don’t know exactly for how long, but I really didn’t take it seriously because she was harmless - just an emotional whack like most women (including myself) are. 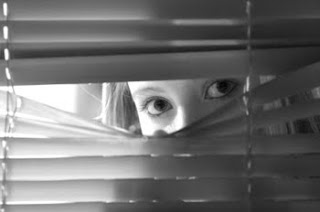 Even in my past, I had a real stalker. He was my ex-boyfriend who would actually creep down my driveway slowly with the lights off and then sneak behind the house on foot and put his ear to my bedroom window. One night, while I was getting ready to go out with the girls, I was changing into a skirt, (yes this is when I wore skirts), and I felt uneasy for some reason. Well, my stupid ex admitted he was watching me change and explained everything I did. He was just a numbskull so he basically spilled the beans. Sometimes, I’d catch him parked on the side of our dirt road with the lights out. I stopped my car and walked over. “Hey Frankie, what’s up?” He’d look at me, giggle like a big Italian goofball and say, “Oh I’m just parked here ‘cause it’s a good spot to smoke my weed.” I challenged him, since he was a health freak: “Oh cool, you sharing?” Then he said he forgot it. Totally a bad liar. Anyway, again, like I said about my ex friend ---he was totally harmless. You know when you’re in danger - your gut just tells you so. I’m 110% sure that both of these people just haven’t processed the whole breaking of the relationship thing the right way. But is there a right way? I know for myself, I would never be seen in the same town of one of my ex’s, just because of the fear of seeing them. That’s how I am. However, on that note, if I haven’t processed the break up so well, I do tend to prolong a few text messages like, “Hey, how are you?” Or maybe toss a few emails around. But that’s the extent of it. I could never physically peek on someone - and that’s what I call it with these two people: they peeked on me. They didn’t “stalk” per se - they peeked. So what. 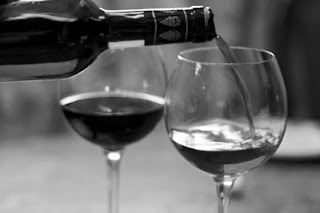 While having a glass of wine with a friend at the bar one night, I was explaining my dilemma about my ex friend who was constantly “peeking” at me in my neighborhood and passing by my building. She looked over at me and gave me her honest opinion about this whole “peeking issue”. She said, “I’ve done it before so I know what it’s like. You just want to see if they’re home.” I stared at her for a second and asked, “But why? Whether they’re home or not, if you’re not going to knock on the door and see if they wanna go out for coffee or talk, then why drive all the way to their house?” She replied, “It’s just comforting to know where they are. It’s not like we’re gonna do any harm to you, it helps our hearts to think that maybe we might see you. Maybe we’ll bump into you or see you walking to your car.” And yet, I still stared at her in disbelief. I don’t understand the logic reasoning behind that, but I guess when it comes to matters of the heart ----is anything logic? Hey, just because I don’t understand it doesn’t mean the entire world doesn’t. I then explained to my friend, that my past “ex-friend” was driving around the restaurant I was in with my mother repeatedly, until I updated my Twitter account via my BlackBerry. My mother told me what to type: “If you’re going to keep driving around, why don’t you stop in for a glass of wine and say hi?” I tried to make peace, but she didn’t come in, however, the circling around & round like a vulture soon stopped right after that tweet.

It was interesting to learn that the friend I was speaking to about this totally understood my ex-friend’s reasonings of why she was doing this to me. It was another outlook on stalking---I mean “peeking”. I don’t mind people of my past looking at my Twitter account because I rarely say anything 'too' personal or incriminating, but sometimes, on rare occasions, I might just be talking about YOU.
at May 20, 2010