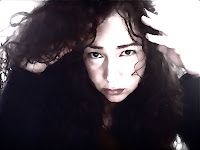 What a weekend! Have you ever gotten so excited over plans made for the weekend and then quickly, it started deteriorating before your very eyes? Well, that’s exactly what happened to me. My Saturday was all set: wake up, clean the house, do laundry, walk five miles and then take my wife out for sushi and cocktails. Sunday, I had planned on seeing my mom for Mother’s Day and spending some time with my family. Usually, my weekends are never quite planned so perfectly. Maybe that’s why I don’t plan my weekends very often because when I do, this is what happens...

Friday evening around 8pm I started to get chest pains. I brushed it off because I had been exercising and lifting weights the previous day. I thought it was just a muscle spasm. Saturday morning, I woke up to these chest pains, but they were getting more severe and now, starting to shoot down my left arm. Red flag! Now, if you already know me or have been reading me for a bit, you know that I have had this happen to me a bit too often than I would like. I stated on my Facebook & Twitter: “Having bad chest pains for the past 12 hrs. I refuse to sit inside the ER just for them to tell me it's nothing for the umpteenth time.” I did it for two reasons: 1. Because if I kicked the bucket, people would know why. 2. I wanted to prove I could outlive these chest pains and the hell with going to the ER, yet again.

As Madelene was getting ready to go to work, the pain increased. She saw me holding my chest. I felt like someone was sitting on my chest and found it hard to breathe. “This is different”, I said to her, hoping that she would comfort me and basically tell me, “Nah, you’re alright. You were just lifting weights the other day, remember?” She didn’t. Instead, she gave me a look of concern, which concerns me because Mad usually chucks things up to ‘nothing’---so she said, “Let’s go to the ER”, all dressed up in her nice suit and ready to call into her job so she could drive me. I was happy she was willing to do this for me, but at the same time, I was scared to death that SHE was scared to death of what was happening to me. 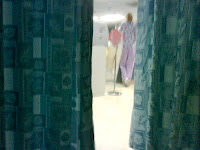 We get into the emergency room to hurry up and wait. The nurses were flimflamming us for nearly two hours before they realized they forgot to tell the lab to come down and take my blood to check my enzymes to see if I was having a heart attack. Of course they slapped the EKG nubs on me, which basically gave me a good waxin’, but those machines are as useless as a doctor’s educated guess of why I was having chest pains. Surprisingly, my blood pressure and cholesterol was low -quite a change before I started working out. Exercise DOES help! Who woulda’ thunk? After having the phlebotmist take a gallon of my blood, it took nearly four hours to receive my results. The doctor came in and explained that I had costochondritis -an inflammation of the cartilage joining the ribs to the breast bone, usually triggered by emotional stress. Although it had nothing to do with my heart per se, it had everything to leading up to one later in life. I didn’t think I was that stressed out, but come to think of it, with all my anxiety, I guess that’s stress in itself. 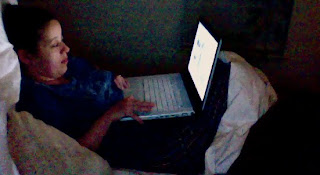 We get back home and Mad flies back to work. I passed out for a few hours and when I had woken up, say around 6pm, Mad and I ordered Spanish food from down the street. I had a couple of glasses of wine and my absolute favorite dish: pernil with yellow rice. I figured, hey, my cholesterol is down, I just went through a traumatic day, so the hell wid'it- I’m gonna treat myself. We’re both sitting there eating our dishes and watching “Sex and the City” for the fifth time, when I realized later on that evening, I got food poisoning from the pernil. I remember part of the meat was slightly “pink”, but figured they were so good that nothing could possibly happen. Well, both Madelene and I were sick as dogs all throughout yesterday for Mother’s Day. I couldn’t even visit my mom! We stayed in bed the entire day with our laptops, tons of bottled water & gatorade. Thank God we have two bathrooms - that’s all I gotta say.

Thank the good Lord that today is different. I’m back to my ol’ spunky self and after I’m done with a few projects that were put on hold, I’m heading to mom’s to spend Mother’s Day with her. So today’s lesson for myself is: never plan a weekend with high expectations.

I hope all the mothers out there got spoiled and treated like queens on Mother’s Day. It’s the hardest job in the world to take care of a child. Hats off to you for being such incredible moms! I’m just so thankful that my mom made the choice to have me seven years after her last child, because I was a little “unexpected” so to speak. I won’t make this political, but I am glad she chose life. I'm glad my father did too... Thanks, Mom & Dad! 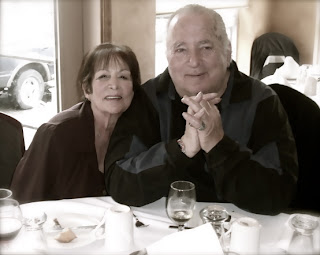