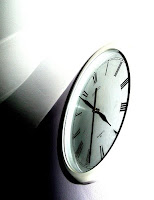 You’ve probably heard me complain about this before, however I’m about fed up and done with the neighbors downstairs. They’re a young couple, in their mid-thirties with a very yappy dog that sits out on the deck below us barking from morning till night. I know that living in the same building with other people can be challenging at times. That’s a given. You’re going to hear them one way or another. I’m totally fine with that. But, when do realize that the noises and booms are specially made for you? I’m not quite sure if it is deliberate, but I guarantee you, nobody slams doors the way these people have lately. And, it’s not just a “one time slamming of a door”-----it’s like they go into every single room and slam the door at least five f%cking times. On top of that, they have hard wood floors, so they sound like a bunch of wild horses. I chucked it up to just being more sensitive to their noise than usual, until I had woken up to the loudest BOOMS ever at. 5 am. in. the. goddam. morning. It was like she was taking a 20 lb dumbbell and slamming it up against the ceiling! “BOOM! BOOM! BOOM! BOOM!” I thought she was trying to get our attention---but at 5am? Are you serious? 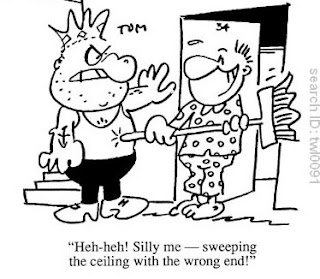 As I laid there in bed wondering if there was something else going on downstairs, I realized that the couple were talking and laughing as they got ready for work. I didn’t understand what all the ruckus was about. I walked into the living room to see if it was loud in there as well. It sounded like WW3. So, I went to the middle of the living room, found a vulnerable spot on the floor, and with all my might, I stomped on it with my heel. The entire floor --wait--- the entire building rattled so loudly - it was like a sonic boom. You heard the metal beams underneath go rat-a-tat-tat, or better yet, boomda-boom-boom! It was like the biggest ripple effect ever. I felt proud of my retaliation, but I kind of felt bad for the neighbor adjacent to me on the same floor. He must have felt it. All of the sudden -----complete silence. I slowly walked back to my bedroom, hopped into bed and threw the covers over my head. “That should do it.” ...Not even 2 minutes later, my entire floor----wait----the entire building started to shake!!! 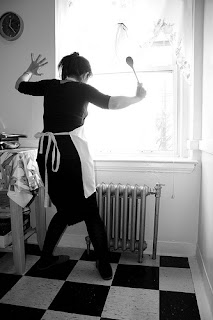 Whatever they were doing was manipulating the building in such a way, that our neighbors’ dogs started barking. I didn’t do a thing. Instead, I waited till later. They usually go to bed at 8-9pm, because they have to get up at 5am. I figured, hey, they disturbed my sleep, now I’m going to give them hell at midnight. I did the “sonic boom” with my heel, and even gave them a bonus 10 lb weight right on top of their heads because their bedroom is right under ours. It was silent. No noise, no retaliation, no getting up walking around to see what was going on----they knew. The next morning, they were so quiet, I didn’t even hear them get up or slam the door hard as they usually do when they leave for work. So all day yesterday, I was as quiet as a mouse. It was my message: You tone it down...and I tone it down. They’re under me. They’re practically a drum. I own them. So if they wanna play, I’m gonna play much harder. I have now found the perfect way to keep them quiet, or perhaps, make them think about moving.

I feel bad for the new neighbor who just moved in right underneath them. Nobody lasts more than three months in that apartment. I think I might just make a new friend.
Any advice???
apartment living barking dogs Debra Pasquella noisy neighbors