Imagine Your Own Child Thinking About Suicide... 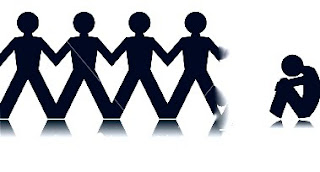 Did you ever feel like you were trying to help people, but in the process you may be doing more harm than anything else? I'll explain... In the spring of 2007, I was having a difficult time coping with my depression, life’s circumstances and of course, Madelene and I had been separated for a little while. I was going through a rough time emotionally, and even had "the unthinkable" float through my mind: suicide. I had nothing to live for. I was confused with what I wanted to do in life, what career path I wanted to take and the lack of one at that time. I was doing odd jobs and basically, just trying to make a buck. My love life, career and living situation were a mess. I felt like I just couldn’t get out of it. It was impossible, so it seemed. I felt awful about myself and with the feelings I had, which reflected on the outside too. Don’t get me wrong, I had my good days, but the bad ones weighed out most of all. There were consecutive days where I wouldn’t even get out of bed. Why? For what? I didn't care anymore. 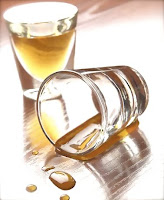 Alcohol was my great escape. It was the morning after that I couldn’t escape from. Almost every single evening, I’d head out to dinner with a friend that had just moved to New York and we’d drink till way after midnight, sometimes even watching the sun come up. When you hear the first sounds of birds chirping, you know it’s going to be a rough morning. I’d wake up with the shakes, swear off alcohol yet again, and then when I felt better physically, I'd go right back to the bottle. Emotionally I was a complete wreck. I had people in my life during that time who were only using me, and I kind of knew it, but I didn’t care about myself enough to acknowledge it more. I just accepted it.

One morning I woke up feeling much better. I realized I wanted to live and change my life. I was a member of a depression/suicide message board. It helped me to know that there were people out there like me. So, I started to put together a video. They’re a bunch of images paired up with a song. The video is called, “Suicide Prevention”. I thought maybe a few people would see it, and of course I shared it with the people on my message board, but I didn’t realize that it would get over 50,000 hits. At first, the comments were very helpful, but then as time went on, the comments got really intense and sometimes, people would say, “This video just made me worse.” Lately, I’ve been getting more comments stating that the video is doing more harm than good. So, I’m a bit confused whether or not to take it down. But, to me, it was supposed to be more of a positive thing, a helpful thing, with drastic images to show how real, how hurtful and intense the feeling of wanting to take your life can be.


I have had comments from “I want to disappear completely” to suggestions that would help someone who’s going through this. I get a lot of, “Goodbye” comments, to indicate they were leaving this world right at that moment. Is this video one of the last ones they view before taking their own lives? Also, the bulk of my viewers are as young as 12 years old. That alone makes me so incredibly sad. Maybe they’re in an abusive household and the thought of what some of these kids go through in school, now that the evil internet is here is very scary. Kids are killing themselves because rumors are started of facebook or Myspace. This is detrimental to their self-esteem and they’re taking everything. to. heart. Can you just imagine your kid (if you are a parent) wanting to kill themselves? And imagine this: you haven’t got a clue because they hide it so well. I had spoken to one kid who said that he is the class clown and people think he’s so funny, but he doesn’t want to live anymore at the age of 15. Another young kid commented on my video and it was just heartbreaking. I’m not going to edit the text - I’m copying and pasting “as is”. This is what they said:
“no body cares if im alive or dead.. my mother drinks alot and all my dad does is yell at me, i have no friends at all and thats how my life has been as early as i can rember...﻿ i have court coming up in a week and i feel like shit.. it hurts to even breath... everybody that i have ever talked to sence i was little said it would get beter.. it only got worse.. i guess thats why they say a broken promis is as good as a lie.”

Another girl who happens to be 13 yrs old said: “F%ck this life.” I went to her profile and in her profile, and without editing it, she wrote:
“..i dont talk about myself much so this is weird...i used to write poetry (like last night xD) but im gonna stop. oh yea, if you see comments on my channel about my poems its cuz i put some up but took them down. i dont trust anyone with my real feelings. i usually seem fine on the outside but im not. i hate people who try to convert me to god. god isnt my savior hes not real. i shop at hot topic alot and never abercrombie. i listen to music all the time, silence is so loud to me i hate it. dont misuse me cuz i hurt easily, i wont show it, but i do. dont ask me how i am i will always say fine. so save your breath. i might seem really depressed in this description, but im not always, todays just a bad day. im a messy person and hate things organized. if my rooms clean i cant find anything. i keep my phone and mp3 player on me at all times (hence the love music thing). my hearts been broken before and im never forgive the guy who broke it. dont know what else to say...i like black, eyeliner, jeans, and studded belts. thats what i wear like...everyday. if i stop talking to you, dont take it personally. i just get annoyed easily and dont like people talking to me. i love zebra print and strips they are so cool. ♥”

I wrote back:
“I remember being your age (13) and having these same feelings. You know what? You're gonna have them from time to time when you get older. I'm in my thirties now and I still feel that same 'intensity' from time to time, but I am so glad I picked life. Guys are going to totally break your heart, regardless of gender----if you put high expectations on people, you will always be disappointed.

I have learned some things:

1. People can really suck sometimes & they can be hurtful.
2. People sometimes don't realize the impact they have on others.
3. If we start to love ourselves and realize our WORTH, life gets easier.
4. If you change the way you think...the world changes around you. (Believe that.)
5. It's okay to put a wall of protection up around you, or a "bubble", but try not to keep a complete barrier up because there's gonna be someone who you will absolutely love to pieces that won't be able to come in.

You commented on one of my videos and I just wanted to say that, yes...I've been there. It sucks and it feels like, "Why am I alive?" But who is going to guarantee happiness on the other side? Think about it: if you ever did take your life, you may end up with a worse one in the afterlife. I know you don't believe in God or such and that's okay, but with that being said, why do you think is better on the other side?

If you ever need talk-----I'm always here. You'll probably tell me to eff off, and that's fine, but I just wanted to write to you.

If you feel like writing a little positive note to her, you can click here and send her an email.

I have responded to many people who have come across my video. I tried helping many young kids going through this awful suicidal phase, and some kids weren’t going through a phase, they were going through more of a mission. I wish parents were more aware what’s happening to their kids, but unfortunately, many children live in homes that are unstable and with that, they feel unloved. Why live? Most of us are fortunate enough to have had parents or guardians who loved us while growing up, but with the mix of bad parenting and all the crazy drama that happens in school, is it any wonder why these kids feel so awful?

Anyway, I’m sorry for the long post today, but this is what I woke up to. I get email notifications on my BlackBerry anytime I get a comment, and this one just hit me hard. If you’re feeling rambunctious enough, feel free to go to my video and sift through the comments and perhaps, answer to one of those little lost souls. Answering only one can make such a huge difference.