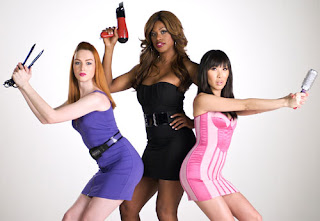 This morning while Madelene and I were having breakfast, we were watching a small interview with the cast of “TRANSform Me”, seen on VH1. Three transgender women travel around the world to give extreme makeovers for other women who are in need of a transformation---on the inside and out. Some of the video clips I have seen were really amazing, but that’s not why I’m writing about it. The three women who host the show are all beautiful women, who were once men. Each of them transitioned beautifully, fortunately.... My question is: what about those people who transform to another gender who don’t exactly ‘fit the bill’, or transform smoothly? I too, agree that it’s all about how a person feels on the inside that reflects how they appear on the outside, but what if the outside isn’t quite meshing up to what’s on the inside? 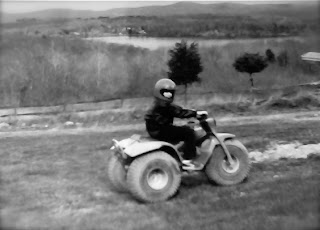 When I was young, before the age of thirteen, I remember people would mistake me for a boy. It first dawned on me when I was visiting my mom in the hospital that I really did look like a boy. My dad was holding my hand walking me inside, when a nurse yelled out, “Sir, sir! You can’t bring your son into that area!” They were afraid that my mom would get sicker if they let kids in. But in my mind, I thought, “Wow, I really succeeded in looking like a boy!” As time went on, I had plenty of male friends. We rode motorcycles, we traded baseball cards - we did “boy” stuff. It was then I had taken a liking to one of my female friends. She always tried to change the way I dressed, fixed my hair and tried even putting makeup on me. I cringed while she did it, but I let her because it made her happy. She made fun of me for wearing boys’ clothes, but in my mind, I figured, if she liked boys then she’ll like me looking like one...right?

At the age of thirteen, to my surprise, I learned that it was a different story. On the first day of school, I put on a dress with some dress pumps, feathered back my hair (yes this was the 80’s) and even put on makeup. I’ll never forget her words: “Wow, you look beautiful! I never thought I’d see the day.” I lit up like a Christmas tree. I was so happy that she saw me as “beautiful”. I had quite a time adjusting to my new look, but gradually, I began to accept “me” and accept that if I ever wanted to find that special someone in the future, that maybe I should take my friend’s advice and dress this way. I understand the concept of “be yourself”, but I was “me” -- but I also wanted to spread my peacock feathers a bit so I could attract the right type of person. Of course, this led to kissing many toads before I got to Miss Right.

I have many questions for the transgender community. I have friends who are transgender. I know, if it weren’t for my friend back in school, maybe I would have transitioned myself at a later age, but then, would I have ever met the love of my life in doing so? She would have never been attracted to me, seeing that I looked like a guy. Of course fate plays a huge role in this and yes, there are people who are more accepting, but my question is: why make it even that much harder for yourself if it’s hard enough already? To go above and beyond that, I do understand that sexual orientation has nothing to do with gender identity. With that being said and with the risk of sounding judgmental: why would a man transition into a woman in order to meet another woman, preferably a lesbian of course? I “understand” it - I just don’t understand it. I tried to be open about it and tried seeing it from a different point of view, but I can’t help thinking, with all their attempts to find true love out there, did they lower their chances in finding “Miss Right”?

No doubt - there are transgender women who have transitioned from male to female and look better than most women, however, what about the transgender women who have not quite transitioned so well? For instance: the beautiful Asian transgender from “TRANSform Me” looks genuine. Most Asian men are short, have beautiful feminine features, being that their cheekbones are so high as well as their facial features usually being small and delicate. Ru Paul aside, because he’s just a gorgeous freak of nature drag queen and looks absolutely stunning - the transgender women who are over 6 ft tall and still have masculine features are still going to be viewed as a man in some way. Reconstruction surgery is great, but is it enough? 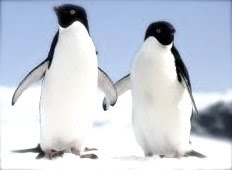 What’s more important to transgender women who haven’t quite made the ‘cut’, even if they have surgically: finding Miss Right or feeling like a woman? Of course I’ll get the comment that they were already women before the transition, but what I’m talking about is the realistic side of it; the superficial side if you will - the side that may affect the outcome of them being with a life partner. I’m also speaking about those transgender “women” who want to be with another women. Madelene explained to me this morning that if I were butch, she would have never taken an interest in me. She definitely looks for depth in a person, however she stated that it would be quite difficult to get past the outside shell of “appearing” as a man, or a butch woman in my case. Please understand that I am coming from a place where I questioned my own sex. I used to pray to God when I was younger to make me a boy when I woke up. Of course, I woke up disappointed. The reason why I wanted to be a boy was because I liked girls.  The only way girls would like me (in my mind) is if I became a boy.  But now, it seems as though that's not the case, which is why I have so many questions for transgender lesbians.

Yes, you have to love yourself before you can love anybody else, but what if that’s not enough?
What then?
Debra Pasquella LGBT TRANSform Me transgender lesbians transgender women