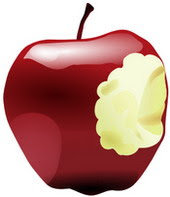 The other day, I was talking to my friend Ellen, who happens to own a local Christian store with many trinkets and bits of jewelry with spiritual sayings and symbols. She had mentioned how some customers will walk into her store and will ask her detailed questions about Catholicism or they ask her beliefs upon a Christian-based semi-controversial topic. Some ask out of sincere questioning, while others will ask just for the mere purpose of a good debate. Why “religion” has to be so debated upon is beyond me, but I do understand it since my earlier blogging years were all about debating upon Christianity and different views, beliefs and whatnot. On the wall, there are framed pictures and items that say, “peace and love”, to which I believe is the perfect description of God. For others, “God” is the wrath of the creator - death and destruction for all who go astray and fear for being...human. Religion then starts to sound pretty scary, doesn’t it? For these people, it also means correcting your fellow Christian. “Correcting” - doesn’t that sound so authoritative and condescending? Here’s a scenario: a man who just divorced his wife and remarried while his ex is still alive, is “correcting” a homosexual who is in a loving, monogamous relationship. Think. 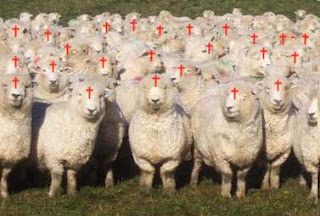 There are some people who believe that “religion” was a tool used to control the masses. It was a system that was ‘sprung up’ by man, so that morality could be instilled in us. Historical events defies it, however scientific evidence can prove any sort of spirituality nonexistent. Spirituality and science are like oil and water. If God made the world and created all of us, why would he let us experiment with science to figure His plan out? To figure God out is like fish trying to comprehend algebra. It’s impossible. So when people say “scientific evidence leads us to believe (dot dot dot)”, I sort of glaze over them hoping that there are any real signs of an intelligence inside that physical shell of theirs. Even if you don’t believe in God ---wouldn’t it make more sense that (to you) 'if there was a God', why would he make it that easy for us to figure him all out? It doesn’t take a rocket scientist to know that any amount of scientific evidence will not measure up to spirituality or the likes of God. He’s got that covered. I’m sure I’ll see a few of you with EVP detecters and ghost hunting equipment trying to find Jesus. He’s right in front of you, undetected, waiting for you to notice Him.

What a boring world it would be if we were all alike. I work along with people in the comedy business and enjoy people with a good hearty sense of humor. Do you think God expects us to be all conformed into Church going holy rolling people who hide the real spirit inside? I’ve met so many “church goers” who hid under a shell of “the good Christian”. We’re all imperfect and that’s the whole beauty of it: we are unique in ways of imperfections which God loves about us. If we didn’t have these imperfections, problems, crosses to bear, then we simply wouldn’t need God. And sometimes there are circumstances where you need the imperfect person who is a bit more extreme than the next, to show you how God works into everyday life. It’s not just getting messages from your pastor or priest, it’s listening to those, whom society would least expect a message from God to slip out from their lips. To make it even more interesting: what about those who find Jesus in prison? Their lives were ruined by drugs, crime, murder, you name it ---and yet God has taken their lives as an example and used it to His will. Sometimes we have to go through certain things in life in order for God to teach us and other people about the small scope of His plan.
How many times have you sat in church or temple and drifted off into a daydream because the priest, pastor or rabbi dribbled on and on about God? When you listen to someone who doesn’t quite fit the bill of ‘the perfect Christian’ about God, it makes it seem more real; more tolerable to comprehend because that person isn’t pretending to be perfect: the person is just like you and me. What makes one sin worse than another? Some sins are full of evil intent---that’s different. But the sins of man, that has been washed away by Jesus (our birth sins) is the reason why God gave His only son, in my Christian belief. For some, it’s about the imperfections of being human, where sins are our shortcomings, and we strive to be better people knowing that there are always crosses to bear and walls to tear down. The tests of God are unknown, but it’s one of my beliefs, to which God has us down here: to test our faith. How strong is your faith? What will it take to see a small scope of God’s plan, or at least believe in God? Science is never going to prove that for you. 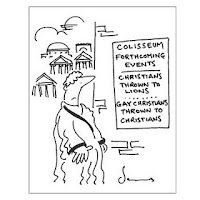 The most discouraging thing with most religions are the judgmental people who criticize others with hateful words and make God out to be some angry force in the sky ready to strike lightening on anyone who goes against the grain. This is why it is so important for me to have the gay and lesbian community who have faith in God to discuss how important their faith is, as well as the adversities they have faced with judgmental religious people. Many religious people will discourage the LGBT community simply out of judgments. “You’re not good enough” is all we can hear. Haven’t we heard enough of that in our lives? It’s also the reason why it was so important for me to have published my book so I could show the LGBT as well as heterosexuals that God loves us regardless of who we are, where we’re from and who we love. With good intent, a love for God and treating others the way we want to be treated---that’s what it’s all about. Do we mess up from time to time? Sure we do. We’re. not. perfect. Like my book, I don’t expect one dime out of this documentary--I expect to encourage gays and lesbians to have more hope and more faith that God loves them and that judgmental people who tear them down with words are only demonstrating their lack of faith. We’re supposed to edify one another as Christians, but unfortunately, many “religious” people see one sin better or worse than another.

I’m still looking for more people to interview for my documentary. Right now I am seeking gay males of faith to take part in this powerful documentary. I’m excited to get this out as soon as possible and show the world that there are gays and lesbians of faith! We’re here! We’re not going to be discouraged by your judgmental views and criticisms any longer. With God on our side, who can be against us?

Contact me if you are interested in being part of the documentary, “Gays & Lesbians of Faith”. Interviews are held in NYC and upstate New York. Email me: deb@debrapasquella.com for more details.
Christianity Debra Pasquella gays and lesbians God judgmental Christians LGBT