Why Pray For Others? 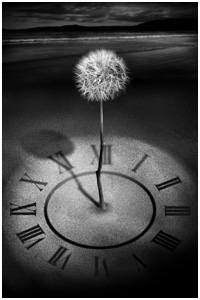 Most people of religious faith do it regularly. They want their loved ones to be protected, so they pray for them. Some people pray for the healing of others. They say prayer is the most powerful thing you can do; the best gift you can give. My question is: why pray for others when God is much more powerful than mere humans? This is not a lack of faith on my end but another and theory about praying for other’s well-being.

Picture it: God is listening to you. What are you going to ask Him? What kind of conversation would you really have with God Himself? Do we have a lack of faith when we pray to God to heal another person? Do we think that God cannot handle this task on His own without our prayers? Or is it just a reassurance that we’ve got our prayers in so let’s “hope” for the best? 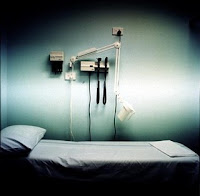 Don’t get me wrong—I firmly believe in prayer, but the other day I was sitting down thinking: why are we praying for others when God is in control? Is it because it’s a selfless act and we want to send positive energy to them? Then pray and send love to people if you wish. Why pray for something that God has already decided? It has already been done. Here: even if we pray for someone to get better while they’re lying in the hospital dying---if God chooses to take them, then we’re angry at God and usually blurt out something like, “God hasn’t answered our prayers. Why? Why? Why?”

There’s a bigger picture here. There’s truth and faith. Truth is usually based on scientific evidence and facts. Faith is based upon one’s belief without a factual basis. You can also say that someone’s faith is so great that it’s “truth” for them. Some have seen God themselves and have their own evidence, whether no one else witnessed this or not. Some have their own reasons why their “truths” are so “factual”. Faith can be confused with truth or compared to truth---but faith is faith when you boil it down and facts are facts when the water evaporates and all you have is salt.

Is it meaningless to pray for another person’s health? Of course not. With good intentions, positive vibes can be sent through prayer. I do believe that much. But, I don’t believe that just because you have prayed for someone’s well-being, doesn’t mean that they’ll get better----God is in full control. God has the ability to give and take away lives.

Our lives are meaningless: simple-minded heavily bogged down emotionally and physically excruciating shells walking the planet. Our souls are weightless and our bodies are heavy, with physical weight and through emotional pain as well. When we leave our shells, we are completely weightless of all the things that have burdened us down with exhaustion. Just being outside of your body can be considered “heavenly”. Your forearm weighs a ton compared to the 5th dimension; the spiritual world. Even if we’re the healthiest of all people on the planet, we’re in constant pain – we’re so immune to it, that we have no inkling how heavy our little hand is. Just to lift up your arm is an extreme effort, compared to what it's like in the the spiritual world. Imagine that times 10 + having no emotional baggage stemming back from childhood way into your adulthood. Can you even imagine it?

I don’t want to get all “Shirley MacLainish” on you, but those of you who have had the wonderful experience of astral traveling know what I’m speaking about. I’ve had this happen to me twice: once while sleeping and once through heavily meditating. First thought: “I don’t have to breathe!” I know that sounds totally absurd, but you don’t have any involuntary work to do on the other side---which is another great task our body takes on that we’re so immune to, which we don’t even notice.

So in the “big scheme” of things: God sees the bigger picture. If you’re praying sincerely, make it worth it. Boldly ask God to help you and talk to Him as you would a friend. Asking to better someone’s health is great---but why not send positive vibes their way whether they’re going to survive or not? Either way, they’ll get the message.