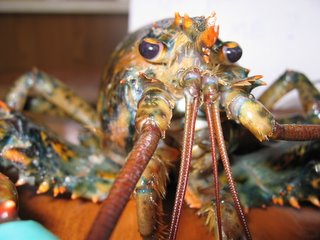 Christmas Eve at my house can get quite exhausting. My father is old school—and still plans on making every single fish on the face of the earth. It’s an Italian heritage. He’ll cook two days before—no lie. He even spends all night till 5am cooking shrimp, lobster, crab legs, baked clams, squid, scungilli, and crab salad. He usually gets highly exhausted, and being that he is a very large guy with health problems, it’s just too much for him. My father doesn’t want to disappoint everyone, because this has been the tradition for decades. In other words, he’s fricken stubborn.

Here’s where it gets a bit comical. Half my family is now allergic to shellfish. I won’t go near it—in fact, when I smell it, my throat starts to inflame. The aromas that come wafting up, in through the vents are enough to make my lymph nodes scream bloody murder. My sister Cathy is extremely allergic. If she touches the stuff, she blows up like a tick.

Logically it would be a good idea to make a traditional meal, where everyone can enjoy the Christmas dinner. No. We can’t upset my ‘fatha’. He’ll be so disappointed. Come on now people! Wouldn’t he be more disappointed if no one’s touching this stuff?

“Ya’fatha'z been doin’ this fer years now. It’s a tradition.” Mom says.
“Ma, no one eats the fish, and then you let it decompose in the fridge for approximately two weeks—leaving the house smelling much like South Street Seaport!”

The edible items left for us to eat are listed below: 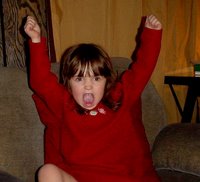 Pure and dysfunctional, my family piles into the house, ready to grab a drink, because it’s going to be a long haul. Now that we have a nephew and two nieces, it can get chaotic if one or two OR three get cranky. If one of them starts to run around the house, one of the parents is running behind them. Balancing your drink like a circus side show has now become an art. Never, ever drink a martini in one of those ‘V’ shaped martini glasses. Just don’t.

Madelene and I usually flock to the bar in my house, where we can see everything that’s going on—yet not be ‘quite in there’ with them. We even eat our dinner there as well. Everyone grabs a plate, and it’s more of a buffet style—thank God. My two sisters come with their husbands and kids, and my other sister comes with her boyfriend de jour. Each year it’s fun to see who the lucky guy is.

“Debbie! You gotta try dis! It’s really sumptin’!” Dad says, as he tries to put scungelli on to my plate.
“Dad, I’m allergic to that…I’m sorry.”
“Den—try dis, I made it wit’lotsa’ garlic!” He says, swooping up stuffed clams.
“Dad? It’s all shellfish I’m allergic to, but thanks.”
"Oh da hell wit'ya den...ya crazy!"

He gives me a disappointed look. I know he cooked all night for this…but why? He then badgers the other allergic victims. Think about it, my father’s a diabetic, but you don't see me running after him with a huge ball of cotton candy saying, “Here eat dis!”

It doesn’t end. Each purse is packed with a box of Benedryl, just in case some shellfish made its way onto our plates. I mean, not for nothing, but if I was holding a Christmas Eve party for my family, I would be making things they loved—not things that can possibly kill them. 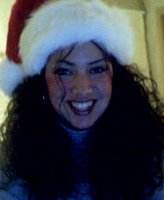 “Here hold the camera.” My sister says, as she throws a camcorder in my lap so I can take pictures of her kid opening presents. Joy. A billion boxes unraveled and paper everywhere makes my OCD go automatically into high gear. I end up cleaning everything because I have to--because I want to--because if I don’t, my OCD will kick into panic mode! Then I head for another drink…or two…or three. God forbid these kids get some contraption that has loud frequencies---the party will end. I will make sure of it. Either that, or Madelene and I sneak off into another room to enjoy our cocktails and some weenies in a blanket. Mmmmm….

Feeling bad this Christmas holiday? Don’t. I assure you, if you want to see how lucky you are, come over and join the madness. I'm always dressed in a santa hat and ready to make the kiddies laugh. I encourage you to come over especially if you are highly allergic to shellfish. There’s enough for everyone.

And there it is. The Christmas tree from Walmart that my mother put up in her living room. It's not the 'size' that matters--right?