- September 06, 2005
I'm back. I told you I would supply pictures of our interesting evening of festivities between three friends, just hanging out. 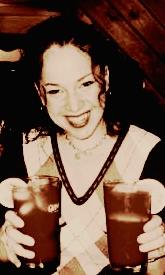 Got a hangover? Don't feel like hanging out having a few beers with us? I know just what'll fix that. Here. Have a bloody mary. I always greet my hungover guests with a delicious blend of tomato juice, vodka, and my special secret spices. It's sure to get rid of any hangover you may be suffering from.

Tara (aka City Mouse) was out the night before on a date. She had way too much to drink, and wanted something to cure her ~wooziness~. 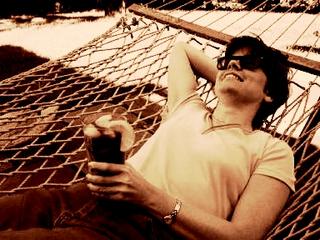 Tara felt much better, as she relaxed on the hammock, enjoying her bloody mary. This was a start of a very long night ahead. She thought her sunglasses would hide those bloodshot eyes.
"Hey, why don't you bring the hammock into the sun and get some color." I suggested.
"No Deb, the sun is so bad for you. SPF 100 is what I use." She said, as her skin glowed so brightly, I had to put on my sunglasses too. Who am I to talk though??? I'm a poor excuse for an Italian--I would blind anyone with my white sheen. 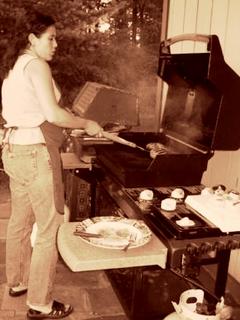 Madelene fired up the grill with a huge blaze. Night was drawing near, and we were ready to celebrate the last day of summer. The three of us always have a good time when we get together. Madelene thought it would be a good idea for us to eat something, since City Mouse and I were slugging them down a bit too fast. Madelene was a bit concerned.

For some odd reason, I thought it would be a great idea to put two softballs down my shirt, and parade around as if I just got implants. Holding the two softballs within my shirt, they somehow got away and went rolling down the lawn.
The neighbors were shocked and appauled. This beer was really potent. Now if only I had my blonde wig on, I could have pulled some sort of drunken @ss version of Ana Nicole Smith. Is there any other version of her though? I wonder. 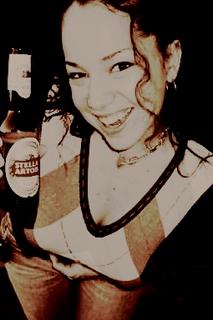 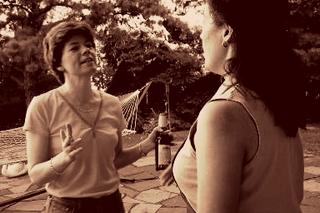 "Come on guys! It all sounds Greek to me! Stop talking shop already!!!" 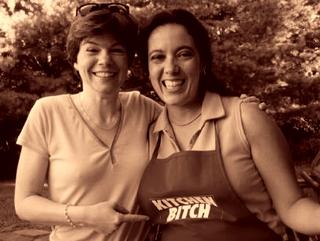 They stopped, thank God and returned to being normal human beings again. 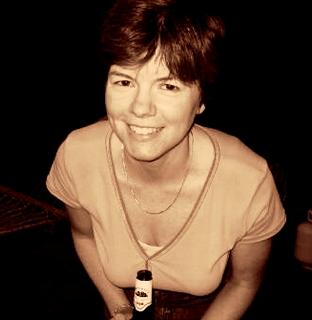 After the initial shock of having me run around with two huge softballs in my shirt, City Mouse decides to parade around with them as well. One thing though, they're a bit floppy looking. She is going to sport this look when she goes to Provincetown, MA for Women's Week. Lovely. I hope she wears a good support bra.

We still love you City Mouse! Just try not to wear those puppies out on your next date.