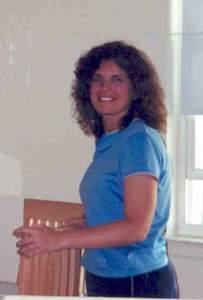 “I gotta see a man about a horse, I’ll be right back.” My friend Lisa says, as she charges straight for the bathroom.
Sitting at the bar alone now, waiting for Lisa’s return, I slowly sip my red wine and make small talk with the bartender at my favorite Italian restaurant. I can vaguely see from the corner of my eye, the local regular that comes into the establishment like clockwork looking at me; as if waiting for me to glance over so he can start a conversation with me. I made a conscious effort not to look in his direction, yet I felt his eyes, like two little laser beams attacking my every move.
“Oh lovely.” I thought to myself as I can see that he is now making his way over to the corner of the bar, where I was sitting. As I hear him taking a deep breath, his arms go around my chair as well as Lisa’s empty chair. He let’s out a sigh, as well as his bad case of halitosis. His breath invaded my space; offended me and somehow raped me. I felt violated.
“You knoooow Debbie, you are sooo sexy. Do you know that?” He says with each slurred word coming out of that yuck mouth. The sad part was, I saw him pop a piece of mint-flavored gum before he approached me. The halitosis won the battle obviously.
Trying not to gag over his dung-like breath, I turned to him and said, ”I’m sure your wife would love to hear that once in a while. If you’ll excuse me, I’m too sober to talk to you right now, but I appreciate the compliment.”

I slid back to my regular position and reached for my wine glass.
“You knooooooow—I can appreciate the beauty of another woman even though I’m married.”
“Fine. Then do it quietly.” I replied; not even turning to look his way. I couldn’t. I wouldn’t. The toxic fumes that were spewing from his mouth were just too much. This man needed serious oral health tips. 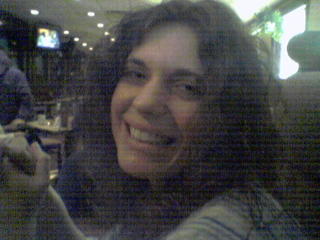 Lisa walked over, to see this man slouched over my chair trying to get me to understand the concept of a man looking at a woman. Eyebrows crunched and darting over to where Johnny boy and I were, I knew Lisa had many questions to this encounter. John quickly left as if he had seen a ghost; or his parole officer.
“Don’t ask.” I just sat there trying not to inhale the rest of the halitosis air that was still lingering in my general area.
Lisa starts laughing and shaking her head.
“Only you! Ha-ha-ha-ha! What was that all about?” She asked.
“Fricken men and their bad attempts to have extra marital affairs.”
“The grass is greener in other pastures, I guess.” She rambles on with her clichés. Even though, as much as I hate clichés, I loved every one that came out of Lisa’s mouth-- because it was so entertaining just to make fun of her. 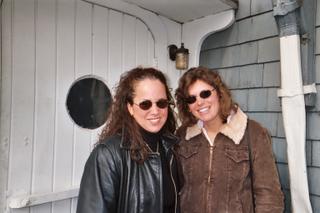 Lisa and I always made it a habit to ‘break up the work week’, even though it was usually on a Tuesday. We would go out after work, have dinner and a few cocktails and laugh our butts off. We always had fun. She helped me through some rough times when I was going through my break up with my ex-girlfriend. She always hopped in her car, drove one hour to come and take me out, just to cheer me up.

“When you get lemons, make lemonade.”

“Will you STOP with the damn clichés!” As I laughed at her attempt to make me chuckle. Her way of cheering me up is to cliché me to death! I don’t know what I’d do without her. I guess you can’t teach an old dog new tricks, OR you can lead a horse to water, but you can’t make him drink it. Oh no, I’m infected with this cliché disease!

Swirling her cabernet in that big fishbowl-like goblet, she flirts with the idea of almost spilling her wine on my white blouse.
“Lisa! Stop! You’re going to one day spill that!” I said in a panicky tone as if she was a child.
“I have this down to an art Deb. They do it on cooking shows, and there’s an art to it. It gives off the full aroma and taste of the wine if you swirl.” She explains in her most sophisticated voice.
I refused to attempt it. It only meant taking a trip to the dry cleaners for me, which was a chore in itself. We always had that debate. Why is going to the dry cleaners a chore, if they’re the ones cleaning your clothes?

First of all, I want to just let you know I have a sister who goes to the same dry cleaning man. We somewhat have similar features, to him, we’re twins. To make this even more confusing, my girlfriend Madelene goes in there as well, and she somewhat looks like us too, but in this case, it’s my clothes she brings in as well. The nice Korean man always gets confused. Madelene, my girlfriend was in the Navy, so she would get all her Navy uniforms cleaned and pressed a certain way. She had to have her uniforms pressed sideways, where as I needed my dress pants pressed the opposite way, so that I would get a crease in the middle of the pant leg. He mixed it up all the time. Poor guy didn’t know the difference between us. I’d walk in, he’d pop out of the clothing jungle of hanging garments and say, “Knobby! Knobby! Yes, yes! Knobby, right?”
“It’s under Debbie.” I say to him very respectfully.
“Ah, but knobby, right? He asks again.
“Yeah.” I didn’t know what else to say- I just ‘yessed’ him. That is so rude on my part, but I didn’t want to go back and forth with this knobby crap. I want my clothes!
After receiving my clothes, going home to find out all my dress slacks were pressed flat with no crease, I got upset to only bring them back and ask him kindly if he could press them the other way.

I come home that evening, I asked Madelene, “This guy calls me knobby every time I walk in his shop, what gives?”
“He means Navy…”
“Ohhhh! That’s why he creases my clothes that way!” I felt horrible.

Needless to say, this is why Lisa makes fun of me because I always complain about going to the dry cleaners. It is definitely a chore. Now that we both understand one another, I don’t get called knobby anymore, and I have piece of mind knowing that my pants have the appropriate creases.

“Slow like molasses in January to get your clothes back from the dry cleaners.” Lisa pokes fun.

“Here drink this.” I hand Lisa a bloody mary.
“Deb, I said I needed Motrin.” Lisa replies as if I didn’t hear her.
“I know, drink that, it’ll work better.”
“Deb, I don’t even like tomato juice.”
“I know, but you will…drink it.” I said to her as if her opinion didn’t matter.
We sat there, outside on a beautiful July morning, sipping bloody marys to get rid of our hangovers.
“You’re stubborn as a mule sometimes Deb…but I’ll drink it.” She says grudgingly.

Going over the evening events from last night, we were chuckling over what people did the night before that baffled the hell out of us. We always made sure that we went over the evening, in case one of us blacked out, yet didn’t know it. The night before we went to a local Irish pub that held Kareoke night. Both dressed up as if we just got out of the office, we sat at the bar after dinner to enjoy a nice glass of cabernet. Lisa was quite the fish out of water in this place. People were walking in with cowboy hats, boots with spurs, men with long gray braids, and women who haven’t cut their hair in a ~dog’s age.~ Yes, sue me-- I am using clichés because of this wench!

Jeff, the Kareoke man saw us sitting there, quiet, sipping our wine, scoping out the place to see if this is our settling point, or if we should venture out to another bar.
“This is phase one girls!” Jeff screams out to let us know that it will get better.
“Phase two is when you start tapping your feet and laughing at the people who are singing….Phase three is when you’re finally drunk and you’re up here singing. It’ll happen. Believe me. I do this all the time girls.” He says convincingly enough.
“Hmm, okay, we’ll give it a shot, right?" Lisa says, as she chuckles over Jeff's comment. She said he reminded her of those little emoticons used in e-mails. His facial expressions were so comical.

It eventually comes to the point where Lisa gets up and sings a song. I cheer her on and clap, as well as hoot and howl like a complete drunk wolf in fine clothing.
“Love!........ Love will keep us together…think of me baby whenever….” She starts singing.
“You gotta be kidding…not this song…Oh Lisa…” I cheered her on and clapped loudly when she was done. She was good, don’t get me wrong, but I needed something more in ‘this day in age’. 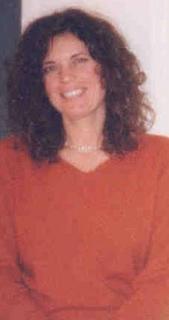 “You know, we should be drinking those black and tans that you like Deb. It’s only appropriate.” Lisa points out as she is feeling left out, drinking fine wine in a beautiful suit, while others are sporting ripped jeans holding a pint of stout beer.
We ended up drinking plenty of black and tans that evening.

“Wow! It works Deb! This bloody mary is terrific! It made me feel 100% better! I cannot get over this! I want another one!" Lisa said.
“I know, stick with me kid…”