We Hate What We Are Taught to Hate 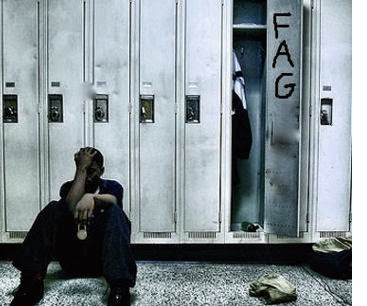 There are many heterosexual parents who feel that telling their kids about gay, lesbian and transgender people is just not their job. In most cases, they're really not knowledgeable on the topic, unless of course if they know someone who is gay. And still, that doesn't make them an expert on the community itself -- it just makes them more aware. The ramifications of not teaching your children about people of different lifestyles can be deadly, if not suicidal if they are gay, lesbian or transgender. If our youth doesn't learn that this is the norm -- that this is also part of society, then they will have no choice other than to think that it's a "freakish" thing. And how to kids react to "freakish" things? They bully and harass them in school with a pack of friends, or they get so depressed about being the victim that they go as far to commit suicide. Sadly, there have been many cases where the bullying escalated to even beating young gays and lesbians to death. Years ago back when I was in high school, there was this really nice kid named, Chuck. My friends had picked him up while we were driving going to go to another friend's house. After we dropped him off, I asked who that nice boy was, and they all said, "He's a faggot, Deb." Although they were nice to him in his face, the word "faggot" stuck in my mind. It was so vile and nauseating that I just remained quiet. I also couldn't believe that there was a kid my age who came out of the closet. So imagine my relief. "Thought-to-be" lesbians were called, "lesbos" or "dykes" and were shunned from social groups. There was no way in hell I was coming out in high school. 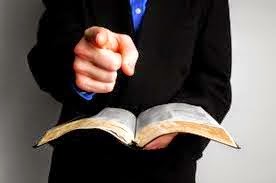 What about parents who have faith in Christianity and solely base their acceptance on what the Bible teaches them? They surely wouldn't want their children growing up to be gay or lesbian or even, transgender. What's worse about being transgender is, you don't need religion to be condemned for it -- so they have gotten more flak for being who they are. I've heard all sorts of religious blathering from, "Men shouldn't wear women's clothing and vise/versa" to biblical scriptures about mutilation, which religious folk relate to changing one's gender. All thoughts are based on physical attributes rather than the set base of anyone's gender being in one's mind.

In fact, in Galatians 3, it simply states this:


"There is no longer Jew or Gentile, slave or free, **male or female**. For you are ALL Christians--you are one in Christ Jesus. And now that you belong to Christ, you are the true children of Abraham. You are his heirs, and now all the promises God gave to him belong to you." 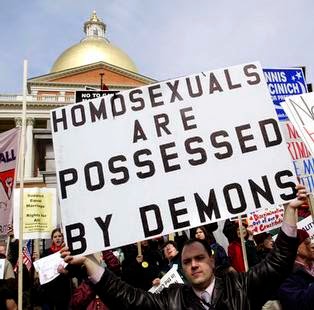 The Bible isn't concrete. Your relationship with God however, should be. Nothing is in black and white and every single thing in that Bible can be misinterpreted, misunderstood and of course, it has been translated a billion and one times. One passage from another translation can mean something entirely different for somebody else. You cannot prove religion, you can only believe in it. Religious people also have to come to terms that there are other faiths out there as well as atheists and agnostics. Your religious propaganda does not apply to all people. Even if everyone was of the Christian faith, you cannot sit there, dictate and judge. Those are big shoes to fill if you're trying to play the role of God. It just doesn't work that way. We hate what we are taught to hate. Maybe it's time to change that around.

Early this morning I received a tweet from Malynda Hale,  who is a singer/songwriter/actress & model who put together a beautiful video for the entire LGBT community in memory of Leelah Alcorn. Please watch this video till the very end. She has an important and touching message that left me in tears. Thank you, Malynda for making a difference.

Please keep in mind that she uses all gender pronouns to include everyone.


If you cannot view the above video, please click here.

And if we never see his face again
is that how you'll let the story end?
You just wake up one morning and read
that he was in the world alone


Trained counselors are here to support you 24/7. If you are a young person who is in crisis, feeling suicidal, or in need of a safe and judgment-free place to talk, call The Trevor Lifeline now at (866) 488-7386.

For more of Deb's articles, please visit: www.debrapasquella.com or join her on Facebook and Twitter. Check out her cooking blog for some of her famous recipes!
Christianity Leelah Alcorn Leelah's Law LGBT Youth LGBTQ love one another Malynda Hale NOH8 transgender