On a few occasions, Dad would chitchat about his faith on 'the other side' and how he believed that there was definitely something out there. He never went into specifics, like talk about Jesus or the trinity-based beliefs, but more so from an agnostic viewpoint. My mother always had complete faith in Jesus and Catholicism. It was an interesting mix of beliefs. Dad would talk about his experience seeing his deceased friend as a ghost in between drags of his cigarette. "You kiddin' me? There hasta' be something out dare'. I saw Bobby walk right up to me while I was working -- you wouldn't believe it, Deb!" His friend died while inspecting a house that he was going to flip for a profit. The structure was very unstable and collapsed right on top of him. He was only in his mid-thirties. His son who was around my age saw the entire thing when he was around 8 years old. He was traumatized beyond belief, as only you can imagine. It was a tragic loss for his family and for our family as well because we were all so close. My father would also tell me stories about my grandpa (his dad) coming to wake him up at night shaking him out of a deep slumber. "Charlie! Charlie! Wake up!" And in an instant, grandpa was gone just. like. that. Dad wasn't sure what the message was, but it sounded urgent. Or, was it just a dream? 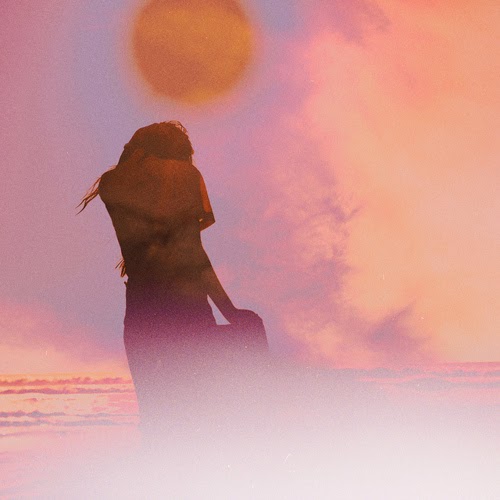 Lately, I've been thinking about my faith, my spirituality and the 'what ifs' -- i.e., the possibilities of more to believe. For instance, in the bible, it really doesn't say much about past lives or reincarnation. In fact, I think Christianity itself goes against that sort of belief system. But "what if" there were certain circumstances, to which the soul had more work to do, more missions to accomplish or, hadn't completed the mission it was on? I do believe in heaven and hell. No doubt. But what if there are situations that deem a soul to go back to the third dimensional world again? And, would that be a "sin" for a Christian to believe? Then again, many things thought to be a sin, really isn't in my opinion.

Reason I ask all of this is due to a conversation I had with my psychologist. I explained to her that all the talk therapy in the world isn't going to help me. She is wonderful and she does help me by figuring out solutions to whatever issues I'm facing (and I don't mean to sound cocky about this), but I know psychology inside and out. I know the answers. I know the suggestions that may be given and usually are. The reason I have stayed longer than usual with this particular therapist is that she gives me unconventional suggestions, including her own life experiences. That's huge. So, it feels like someone really knows what I'm going through and isn't sitting there bullshitting me while staring at the clock the entire time. I have actually seen her cry for me, whether from a commonality or just simply being an emotional and compassionate person. Nonetheless, all good qualities. 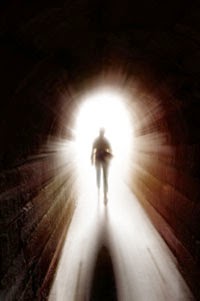 Since I explained that all the 'talk therapy' isn't going to help me, because I feel like it's something deeper, she suggested for me to see a colleague of hers. She specializes in both talk therapy as well as holistic and spiritual practices. One type of service she provides is past life regression therapy. As a Christian, I'm taught to 'cringe' at these things, but what if there is something out there that needs to be addressed from a past life? Or is it dangerous to tread through these past waters? Will it conjure up bad memories or add on more trauma? I'm worried and scared that this is a place that I shouldn't tap into. And it has nothing to do with the therapist being a psychic or telling you some strange intuitive reading. From what I read, it's basically hypnosis (really meditation) and memories that aren't exactly "yours" so to speak. I've never tried it, I'm not knocking it, but I'm afraid that this may be too 'out there' for me.

It's not clear in the bible what's good and what's bad. It does state that we shouldn't rely on psychics and prophets, yet it does say that God gives the gift of intuitiveness -- the gifts of a prophet. Sometimes I wonder why the bible contradicts itself a lot. In one chapter, drinking wine is bad. In a few other chapters, one says that drinking a little wine may help with digestion and in another, of course you heard that Jesus made water into wine. So how can all of this be in one big book of rules, and which passages are to be taken literally -- or to be taken as a "command"? God gives people the gift to speak in tongues, while another person in the church will interpret it. I have experienced this in a previous church and I have to say it's amazing. I really didn't know what was going on because some guy stood up talking in this strange language I've never heard before. After he spoke, another person rose up and started interpreting what the gentleman before him said. Was is real? Or what is a show?

I guess instead of asking everyone what they think I should do, because everyone will have an opinion basing it on their beliefs which isn't concrete to begin with, I should just pray on it and see what feels right for me. Isn't it strange when you have faith in something, that it can sometimes dwindle down into a bunch of unanswered questions that leave you sort of doubting your beliefs? We're never gonna get straightforward answers to black and white spirituality, because I think spirituality is a bit more complex than we thought. It's not about rules and regulations. It's about your journey, it's about my journey, and how to handle our struggles as human beings. There is no "right" or "wrong" -- but there are mistakes, corrections, forgiveness, understanding and endurance. Maybe reincarnation is about getting it right the second, third of fourth time around? Maybe it's God's way of showing us how to do it better this time around -- a second chance, if you will. 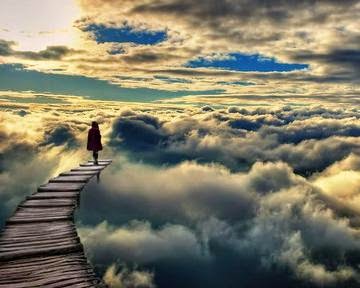 The psychiatric use of regression was first popularized by Freud in the 1890s - at first he used hypnosis on his patients, but discovered that he could make them regress equally effectively by talking to them. Today it is used for conditions including depression and sexual dysfunction by psychotherapists, psychiatrists, counselors - and in particular hypnotherapists, for whom regression is one of the main tools. I've heard that going to an amateur hypnotherapist for these sort of practices can be dangerous. Some remain in a traumatic state of a hypnotic trance that they cannot get out of unless they are taken to a trained professional. Not only can this cause mental illness, but it can also cause (FMS) 'fake memory syndrome', which can be detrimental in situations like, blaming a relative for sexual abuse when they never did such a crime. I vaguely remember seeing something like this on Dr. Phil and the woman truly thought that her father had molested her after going through a past life regression therapy session. Truthfully, I wouldn't want to know what my past life was like. I don't think I'm supposed to know. I'm not sure if I could handle it. Some report that their past life was so much better than their present life, that they fell into a deep depression that they couldn't snap out of, wishing they were who they once were in another lifetime.

No wonder there are so many atheists and agnostics out there. It gets so convoluted, doesn't it? There's really no "heaven" and "hell" -- what about purgatory? What about spirits roaming the earth because they had a sudden death or suicide? Doesn't it make you wonder about the afterlife? With everyone believing in such extreme and different ideas, beliefs, faiths, etc. -- I wonder if someone out there got it right. Or maybe after we leave our bodies, we'll see Jesus, Allah and the Buddha all sitting up on a cloud laughing at us saying, "Nobody's wrong. Everyone has a right to believe whatever they'd like."  It's all a game of religion roulette.

For more of Deb's articles, please visit: www.debrapasquella.com or join her on Facebook and Twitter. Check out her cooking blog for some of her famous recipes!
Christianity God life past life regression psychiatry spirituality