I'd like to think that I give people the benefit of the doubt when it comes to human nature type of b.s. in life, but sometimes it's frustrating when you get hit with a brick again and again and again. I 'get' human psychology and the way most minds work: when frustrated about yourself, you may try and drag someone else's self-esteem down with you. Usually, if someone is very insecure about themselves, whether all the time, or even just once in a while, this kinda of crap happens. I'm guilty of it too, where I'm a moody bitch just because I don't feel good about myself. It happens. But when does it come to the point where your self-esteem is so low, that you actually feel better by insulting another person for whatever reason? And the passive aggressive ones are the worst because they can always backtrack their blows by saying, "Oh, you just took it the wrong way…" 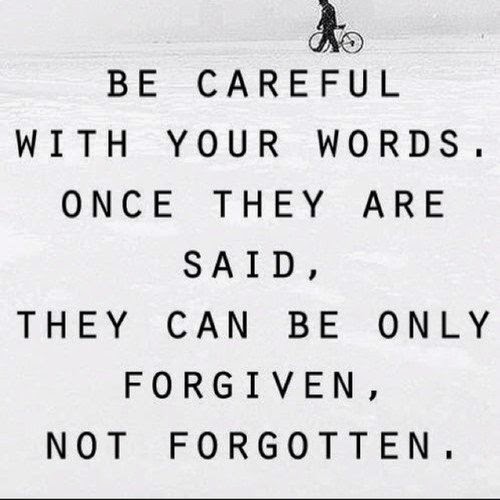 The worst is when someone tries to "insinuate" something about yourself that's negative. They'll talk about their "friend" or their "relative" who did "this" (something you have done), and start saying all sorts of derogatory things about the person and then end their rant with a …"Right?" Two things that piss me off about this: 1. It insults whatever intelligence I have, and 2. It makes me wonder how much of a goddamn coward that person is for not coming to me with whatever issue they have. 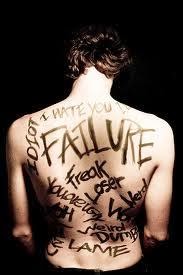 Sure, I can be overly-sensitive, take things personally and perhaps even interpret things that aren't so, but I always wonder why some people are so incredibly insensitive to others. They realize that 'this' may hurt them, or that they'll get insulted, yet they need to get it out there. I recently had a drunk relative tell me that writing and editing promo videos were not "real work". He went on and insulted my entire life actually, even asking how I could ever be a lesbian, because he can't see it "working" - meaning, "the puzzle doesn't fit". It was then I inquired about his wife's "satisfaction" with his impotency…and of course, "How does that work?"

But see, I don't want to go there. I don't want to insult someone back just because I was cornered by some asshole who thought it was okay just to sit there and mock my entire life. Do you see how that works? If someone who is so insecure with their own lives, their own "bedroom woes" or just their general lot in life - they'll see someone else who is seemingly happy and content with what they have and tear them apart limb by limb. Nonetheless, it still hurts. I'm not sure if there's a full moon brewing, but these type of things are being thrown my way so much lately. To be honest, and I was never like this before - it's actually making me want to stay away from people altogether and just live somewhere miles away with my little dog. She's the only one that doesn't judge me and loves me for 'me'. 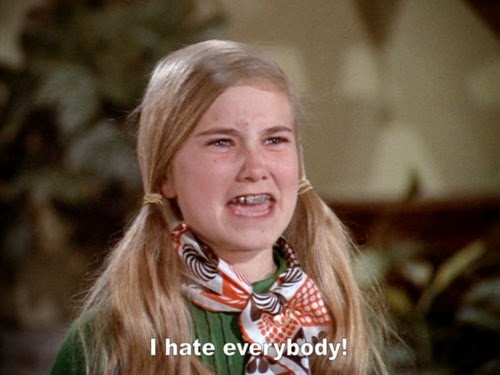 And then I think, well maybe it's me - maybe I'm the one hard to get along with. But then I look back at what had transpired and I can honestly say that I did nothing to provoke these strange occurrences. I blamed it on my PMS, I blamed it on a "bad day", but the sad truth is, I'm so fed up and disappointed by people that I just want to hide. I don't want to have to keep defending myself. My backbone is a little weak these days and I'm feeling the blows even more so. I'd like to 'let go and let God', but sometimes I think He's being super silent just testing me and waiting to see if I'll fail the pop quiz He threw at me.

I was even mocked for having mild seizures at night, which keep me fearing my own bedroom. I went to a grueling sleep study that lasted two days, and I'm still waiting for the results. I was called a "hypochondriac" for this - (which I am at times) but it hurt because it is a very real and very scary condition. I have seen this same person make fun of his relative for having anxiety and depression, much like myself. You know, with just enough hurtful words, you can actually put someone who does suffer from anxiety and depression in a very dangerous situation. I'm not going to say that it's anyone's fault if someone decides to 'off' themselves, but you can definitely contribute, or be the "last straw" to which you'll probably never recover from mentally. I'm just glad that I'm strong enough to know that there are a lot of ignorant, uncaring and insensitive people roaming this earth.

It reminds me of an interview I did with Ryan Nickulas. He said something pretty significant.

That's one tough cookie. I wish I was more like him - able to take the blows just to defuse someone else's rage. That has to take some sort of mental toll on you, especially if you live in the public eye. I sometimes imagine other celebrities and what they may go through. Can you imagine complete strangers insulting you without knowing you personally? That has to be the worst feeling in the world. I have seen so many celebrities have that moment of madness and start a Twitter war, only to delete the tweets and/or delete their entire accounts. So, I give Ryan a lot of credit for being so incredibly brave and strong.

So bear with me lately. This whole month has really gotten me down. I know I shouldn't care about what other people think of me, but when it comes down to people who you actually know berating you on a daily basis - it sort of gets to you after a while. I'm a huge believer in forgiveness and getting past the drama of it all, but at the same time, I'm also a believer in that you don't have to let people hurt you any longer, either by avoiding them at all costs, or cutting them completely out of your lives to the best of your abilities. And sadly, that makes me very sad, because I cared about a few of them. I guess things change, people change, opinions change, but I will never change for anyone.
Ever.

For more of Deb's articles, please visit: www.debrapasquella.com or join her on Facebook and Twitter. Check out her cooking blog for some of her famous recipes!
forgiveness hurt hurtful words hurting others insecurity issues insulting people low self-esteem offending people Ryan Nickulas