- May 29, 2014
We're so complicated, aren't we? We're complex in ways that make us so unique - the way we handle life's curveballs and the way we respond to people who have possibly hurt us. And maybe there are people out there who aren't so complicated. I have met people who were over-the-top forgiving and I have also met those who were very unforgiving, bitter and resentful for whatever they've endured. I have seen people with huge egos, to where they couldn't possibly apologize, and I have seen those with humble and sincere hearts, who were too eager to say, "Hey, I"m sorry. Please forgive me." I'm not sure if it's in our genetics or if it's just our ever-developing characters (because we're always growing and learning at any age), but it makes me wonder why some people are so angry at the world. Don't get me wrong - I have had my bad days where I just wanted to give up and say, 'eff you' to the world, but I quickly come back to reality and realize how stupid I was being. 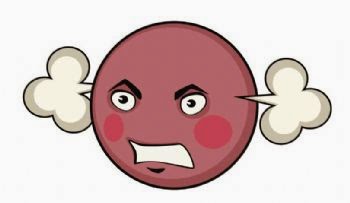 I think it's so important to express these two sentiments, especially if it's sincere. We live day by day not knowing when our last day will approach us. I remember a very significant time in my past (and I know I told this story before), but it was one of the biggest fights I ever had with my father. We rarely fought or argued. But this day was much different. Dad was so paranoid over locking our doors before we went out, that it literally made him insane. I remember once, he said, "Whaddya' want the FBI to come bustin' troo' d' doors again?" And yes, we were all pretty much traumatized over the event, but we were moving forward now. He never moved forward, fear-wise. He wasn't doing anything bad, but he was just paranoid to the point of being a little cray-cray. Dad used to tell this next story in such a funny way, but years ago, before Madelene and I moved out, we had walked through the front door after having such a nice day out and about. As we got into the living room area, Dad looked at me, red-faced, lower lip tucked into his teeth as if he was fuming, and yelled, "Whassamadda' withchoo? You didn't lock d' fuckin' door when you went out!"

I stopped in my tracks, looked at him, remembering who came home right before me. It wasn't me.

For the first time in my life, I spoke back to him…actually yelled back.

"I locked the fuckin' door when I left! You're just paranoid, Dad!"

And although it wasn't a 'vicious' attack on him, it was just the fact that I stood my ground, and yes, I cursed right back at him. Well, he got up from his chair as though he was going to run after me, like he used to when I was a kid just to scare the crap out of me (and wow it still worked) --- so I ran out from the back door. Meanwhile, Madelene made a human barge between the doorway and my Dad so I could get the hell out of there. 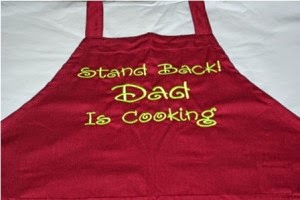 Long story short, I came back home a few days later, finding him in the kitchen with a dishrag hanging from his shoulder like grandma used to do, making something in a huge pot.

He turned around and said, "I made-ja' favorite dinner -- pot roast."

However, I was just so incredibly happy that he said "sorry" without saying "sorry". His actions spoke louder than his words. I gave him a huge hug and a kiss and said, "I'm sorry, Dad. I love you." Even though I thought he was completely over-the-top insane for what he did - it didn't matter who said "I'm sorry" - it more about acknowledging how stupid the whole thing was and connecting again.

I ate that pot roast like it was my last meal. And just for the record, it was damn good. 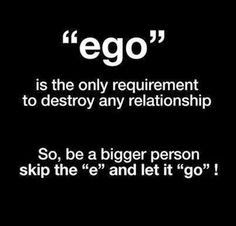 It occurred to me in a dream I had of him after he passed away. He said to me in the dream, "I had sucha' huge ego, Deb - I wasn't able to say d' things I wanted without having dat' tough exterior. The ego's a terrible thing! Fear made me develop that huge ego cause' I wanted to keep you all safe. But it keeps you from saying the most important words to the ones you love. When my ego finally lowered when I got sick, I got to say em' to all of youz."

Fear. Fear of being vulnerable. Fear of lowering the "tough guy" status. Fear of looking weak. My dad was the strongest and toughest man I ever met. Now I know it was all a facade and that he was just this little boy trying to puff out his feathers just to show he was gonna protect his family if and when need be. He did a great job, but we wouldn't have loved him any less if he showed his true colors that he stifled for all those years.

So my point of this long post about my father is, I don't want to ever hold back from apologizing for my wrongs, or forgiving someone when I should. I never want to miss the chance of telling someone, "I love you" when it's bursting out of my heart. I never want to fear expressing myself, even if people judge me up and down, this is who I am. I'm not tough, but I'm strong enough to know that keeping all those wonderful sentiments inside will make me regret it one day. 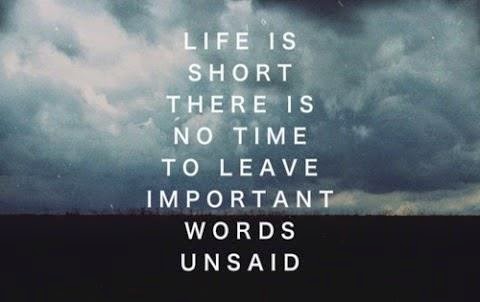 Yesterday, I spent some time with one of my closest friends. She's one tough cookie, but I know for a fact she's a softie inside. After our meeting, I said to her, "I'm so glad we're friends. You do so much for me and I'm so grateful to have you in my life." For the first time, I actually saw her eyes well up with tears - but of course, none fell onto her cheek. I saw her emotion, as if she needed to hear it. But the big difference is - I didn't say it for sake of having the warm-fuzzies, I said it because I meant it with every fiber of my being. I needed to say it more than she needed to hear it.

If you can't say it with words, say it with your heart by your actions. Show someone you love and appreciate them. Be sincere. And if you can't 'talk the talk', then walk the walk and make sure that you let every single person in your life know that they're a treasure, because one day, they may not be there for you to show them. Even if you don't have a close, warm connection with whomever it is in you life, say a best friend or family member, try chipping some of that ego away and let them see how your truly feel about them. It can only enhance your relationship and make you that much closer. Even though I learned this late in life, I'm glad I left nothing unsaid.

For more of Deb's articles, please visit: www.debrapasquella.com or join her on Facebook and Twitter. Check out her cooking blog for some of her famous recipes!
ego forgive and forget forgiveness forgiving love relationships saying I'm sorry