Are Psychic Mediums Conniving the Vulnerable for Money 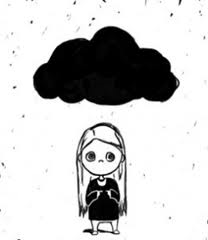 Sometimes life has its challenging twists and turns, even if it's just emotionally 'twisted'. There are so many unanswered questions floating in and out of my mind, and sometimes, I'm not even sure if I really want those questions answered in some cases. Nonetheless, it still looms over me like a dark cloud. During my entire lifetime, I may have lost a bit less than a handful of people, three who were very close to my heart, especially my father. I think it's safe to say that when you lose someone you love, it's totally okay to ask questions and wonder where they are, or if there is a place in the afterlife. Even when you have faith in whatever religion you believe in, it can really challenge your belief system and make you wonder, "Is there really an afterlife? Are they safe? Will they be okay?" You love the person so much that you wish you could know for sure that they're doing alright and perhaps, they're not suffering any longer. Life's big mystery will keep tugging at us, until we get some sort of answer or sign or dream that tells us that they're okay and that we're okay too, because it means there is an afterlife. 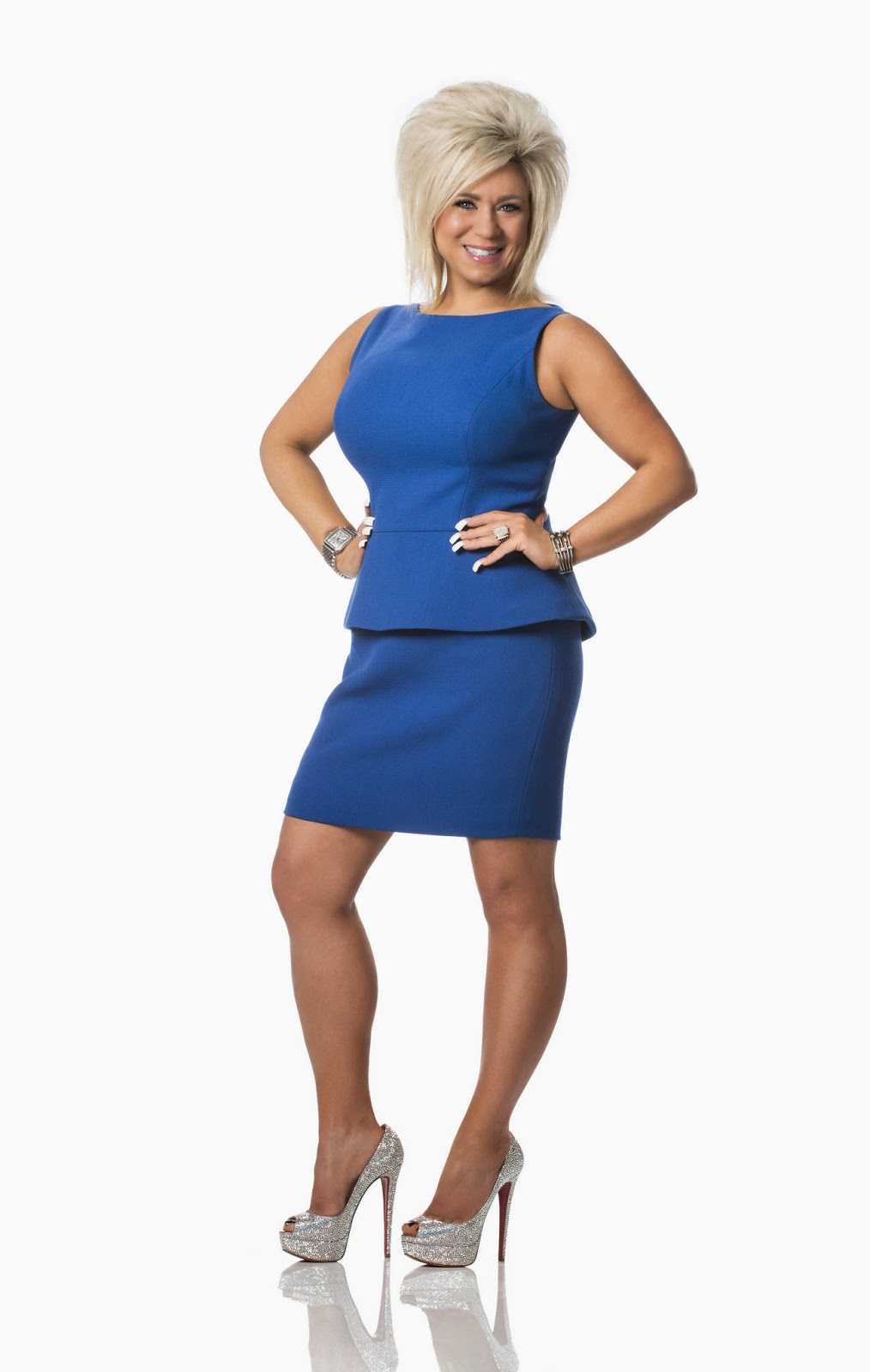 I have issues with psychic mediums and those who predict the unseen 'now' and future. I do believe some mean well and try to do their best to give us some sort of comfort in life, but honestly, it's so incredibly dangerous to me when I think about my faith in God and my lack of faith in humankind. If the medium is authentic (in rare cases), you don't know who you are actually communicating with. So let's say you go to the Long Island medium (or any medium for that matter). And we'd like to think that Theresa Caputo is this down-to-earth and loving person whose main goal is to make other people's longing to communicate with their loved ones happen.

Now hear me out… Being that I'm of Christian faith, talking to deceased loved ones or spirits goes against our beliefs. So does drinking and working on the sabbath, but we still do it. When you think of the spirit world vs. our third dimensional world, it's quite different as we would 'think' or 'assume'. Since we cannot see spirits (most of us at least) with our own eyes, they're still floating around us, but we just can't see or hear them. Now think about the internet and wifi signals. They're all floating around us too, which we can't hear or see. Don't you think if hackers can tap into our wifi and "secure" internet systems, that the spirit world can tap into the communication that's trying to be held with a "secure" and appointed spirit? What I mean is, you may not be getting communication from your loved one. You may be getting it from an undesired, desperate spirit that may cause you more harm than good.

"But she knew I had a locket inside a box in my nightstand. How could she have possibly known that?" 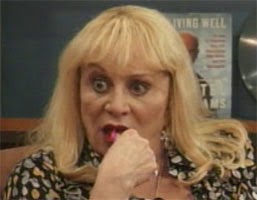 Any spirit would, especially the devil in most cases, if you believe there is one. This is why I feel that mediumship and tinkering with the other side is so incredibly dangerous. You don't know what you're dealing with. And God forbid the person who is the medium is out to do this for a good buck or two - pulling the heartstrings of those who are mourning just to cash in, I really feel bad for them. Remember Sylvia Browne? She was a well known psychic for police departments, finding a resolution for many unsolved cases. Was it luck? Was it real psychic abilities? Or was it misguided information from the other side? She lacked a lot of "super powers" in her late stages of being a medium when her answers were untrue. You can read about her life here. It was proven that her psychic abilities were false.


But, I have to admit, she wasn't only interesting, she had some really good core beliefs that coincided with my own. I liked her, just as I like Theresa Caputo. They're just very likable people who have this talent to tap into whatever. Whether it's authentic or out for money (as Sylvia made 3 million a year), it was mainly for entertainment purposes only. 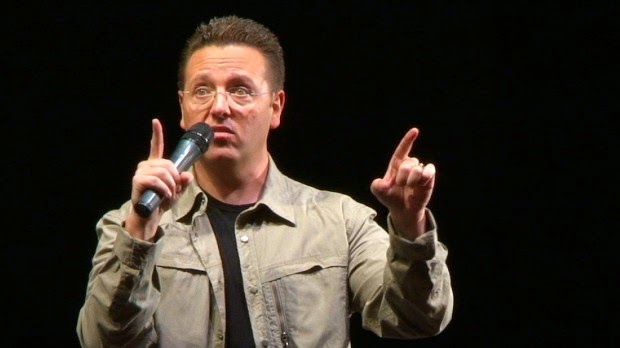 The fact is, there is proof that many of these so called mediums gather up information online, from license plates and other info before a bereaved person goes in for a reading. If you listen to Theresa, she will usually ask, "How do you relate to the months, April and December?" And the person will start bawling, and through their tears and sniffles, they manage to mutter out, "April was her birthday and December is when she passed away." Those are public records. Most shows are scripted - most reality TV shows of any kind are partially scripted. Remember John Edwards the psychic that was on TV a while back? He was allegedly caught using video cameras and microphones in the greenroom to overhear his guests talking to one another. And guess what they were talking about? I can get into the "cold" and "hot" readings, but it's so redundant and predictable, (for a lack of better words) that you'll find most people are just too gullible due to their vulnerabilities.

Then again, there are the "spiritual hackers", as I like to call them. 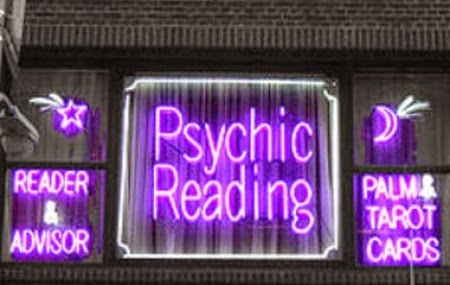 People of Catholic faiths trickle in one by one going against their own beliefs just to make sure their loved ones are okay. We don't have enough faith to be reassured that God has taken them up to heaven. Even I slipped into a little psychic shack over in Provincetown, MA while I was on vacation trying to defuse and get my mind off my father's death that took place a few months prior. And yes, I was hoping to hear something of significance. I always wanted to bring my parents to Ptown because it was a fisherman's haven. My dad was a huge fisherman and owned part of the South Street Fish Market. Seafood was a staple at home. He said, "One day I'll come up with you guys," but I knew the trip was just too much for him. So, when I started talking to the psychic who didn't know me at all, his first words were, "I'm sorry for your loss."

"You do know that your father took this trip up with you, right? He's here." 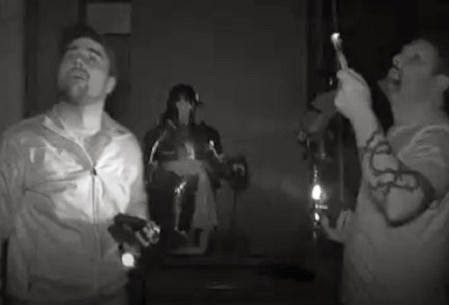 To anyone sitting in my chair whether they believed or not - they would have totally ate this up. And I did. I think the medium was tapping into spirits, but not my dad's. Don't get me wrong, maybe it was him, but we as human carnal beings cannot know that for a fact, even if we are psychic. The truth is, you will get spiritual hackers that will tap into your most vulnerable desires to speak to that one person you're missing so badly. And then - you're hooked. You keep going and going and start playing with ghost detecting crap, like I did soon after my trip. I had real ghost hunters with all their high tech equipment come into every room that my dad frequented the most in his house. Nothing was really detected until we went into one particular room. The ghost hunter asked, "Hey Charlie, I hear you were a very outgoing kind of guy when you were here. Is that true?"  He had this device which gave off a weird staticky sound along with other random faded out voices - like a CB. We waited about 60 seconds and then heard, to which my ears picked up as my dad's voice, "Yes sir!" And Dad used to say that in the same tone that this voice did. It was totally my dad's voice.

But remember, spirits, especially demonic ones can mimic the voice of your loved one.

My point is, I truly believe some people mean well and they use their psychic abilities to try and help others. When you have this incredible talent, whether you're religious or not, who doesn't want to make a buck or two with this rarity of all gifts? The thing is, there is a fine line between helping people and conniving people out of money, by using their vulnerabilities and bereavement. I'm not saying they aren't authentic, but it can't be trusted. I can even feel spiritual presences, but I pray for a hedge of protection when this happens. I do believe that our loved ones visit us in our dreams, but they're not going to reveal anything that would open the doors to the knowledge of the 'meaning of life' for you. It doesn't work that way and the fact of the matter is - we don't know how any of that works. If you still need some sort of divine confirmation that your loved one is in heaven or that they're okay and happy on the other side, then pray. But please keep in mind that most psychic mediums are out to empty your pockets. Some may be real and most are frauds. Don't settle for vague answers. If you're Christian, don't settle by going to one at all. Have faith and save your money.

For more of Deb's articles, please visit: www.debrapasquella.com or join her on Facebook and Twitter. Check out her cooking blog for some of her famous recipes!
at May 21, 2014