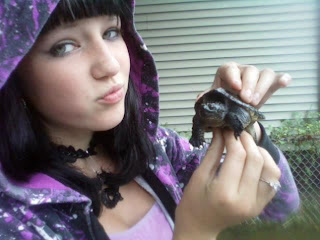 The one thing that would throw me off the edge and possibly have my face on the front page of the news for murder is if my kid committed suicide over a bunch of reckless idiots bullying my child. Some would say that it would have been my kid’s choice. But what if the torment was so great that every single day of her existence was lived out of fear and the thought of a million malicious and vile words being thrown at her, where she had to just end it all to stop it? This beautiful girl, Amanda Cummings from Staten Island did just that. She was only 15 years old. She literally threw herself in front of a bus two days after Christmas. The awful part is - she was injured at first, but then died this past Monday. She suffered. I can’t even wrap my mind around the agony she went through with the verbal abuse, and then to had suffered so much physically. I can’t wrap my mind around the agony that her family is going through. Her mother wrote on her Facebook wall, “This is to all you evil son of a b*****s that picked on, talked about and threatened my baby, I HOPE YOU DIE and I HOPE YOU SUFFER!” Her sister then wrote, “AS A SISTER, A MOTHER, AND A HUMAN BEING WITH A BEATING HEART THAT IS BROKEN, I AM BEGGING YOU KIDS, ANYONE WITH ANY CONCRETE PROOF OF BULLYING TOWARD MY SISTER, PLEASE LET ME KNOW, PLEASE. I NEED WITNESSES WILLING TO STEP FORWARD TO MAKE LEGAL STATEMENTS. NOT JUST KIDS COMING OUT OF THE WOODWORK THAT WANT TO GOSSIP. THANK YOU!” 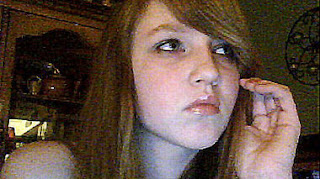 Amanda was dating a boy that her classmates were all jealous of. So they started bullying her relentlessly via Facebook and texting. This is what scares me about having kids of my own: technology. You hardly heard of this type of thing happening before the days of the internet and smart phones. I have nieces and nephews who are also getting into the gadget world and part of me just cringes to know that yes, a ten year old now has a Facebook account and a smart phone where she can send and receive texts to all of her friends. But what if it turns out to be a bullying type of situation? It’s a double edged sword though. You want your child to learn and adapt to our technological world, but in the same breath, is it worth it? See, kids these days are a bunch of cowards. Instead of going face-to-face and bullying them, they're sending anonymous texts and Facebook messages threatening and harassing them until they can't take it any longer. They don’t need to be brave any longer and say what’s on their mind out on the playground. They can simply go onto Facebook on their smart phones and send messages that may send the victim into a suicidal state of mind. My heart goes out to Amanda’s family. This is such a tragic thing that we should have all learned from. This is happening way too much and I’m afraid it’s going to touch close to home one day. Parents, please safeguard your children. Let them learn technology without Facebook accounts - without smart phones. I blame it on the anonymity that technology has to offer. I also blame Facebook for allowing kids under the age of 18 years old to create an account. Each person who has an account should enter a credit card number.

For more of Deb's articles, please visit: www.debrapasquella.com or join her on Facebook and Twitter. Check out her cooking blog for some of her famous recipes!
Amanda Cummings bullying Debra Pasquella facebook suicide