False Allergic Reactions: Getting My Life Back 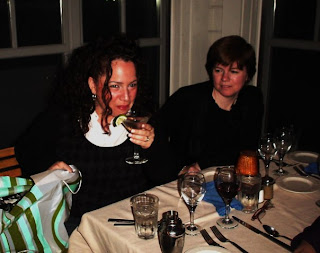 All throughout my life I’ve always enjoyed seafood, especially shellfish. As I’ve written before on this blog, my father owned a fish market at the South Street Seaport in NYC and brought home every type of fish you could imagine. Wednesday was our seafood night. We had everything from calamari, clams and spaghetti, shrimp, lobster, crab legs - you name it, we had it. Every Christmas we heed to the old Italian tradition of The Feast of the Seven Fishes. We still do it, however I tend to steer clear from it these days. About ten years ago, my sister started developing severe allergic reactions to seafood - mostly shellfish. Symptoms varied from rashes to face swelling, which is an indicator of a possible anaphylactic shock, which could be deadly. Soon after, I began to notice every time I ate shrimp, lobster or crab, I would get hives inside my mouth -- nowhere else. I quit shellfish immediately, but was able to still eat clams and mussels. No one could figure it out. Some would assume it was the iodine in certain types of fish that I was allergic too, while others told me to just stay away from it. There on after, each Christmas eve, I would say “no thank you” to the lobster, or the shrimp cocktail that was calling my name. Instead, I ate the other stuff, chips, pigs in a blanket, cheese or whatever pasta dish they were serving. While having dinner with friends on the night Mad & I got married in Provincetown, I was eating oysters on the half shell. In the picture over on the left, you can see my lips blowing up like balloons while I tried so hard to drink my martini (which burned them even more). Days later, I realized that I had exfoliated my face and lips, exposing them to 'raw skin' basically, which made them even burn more because of the salt brine. My friend that's sitting next to me in the picture above was concerned. Her face is priceless in this photo. She kept saying, "Do you think you should finish that appetizer, Deb?" 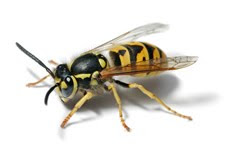 During the time of my new findings of my “allergic reactions”, I was at work one day when the cleaning lady asked me to dial 911. She got stung by a bee while she was outside having a cigarette. She said she stuck herself with an EpiPen that was in the first aid kit and needed an ambulance. I quickly got an ambulance for her and while waiting, I started to see her face turn purple and her breathing getting worse and worse, like someone with bad asthma. Ever since that day, I feared bees so much that at times if I see a bee hanging around the patio area - that was it - hell if I was gonna sit out there and risk my life. After seeing what I did, I wanted no part of bees. If they can kill with one sting, then that was enough reason for me to fear them with everything I had. It made my life miserable for years, watching everyone enjoy the outdoors while I stayed inside wishing I was out there. I remember watching my sisters and friends outside by the pool while I sat inside in the air conditioning wishing I was with them instead. It was pure torture. I stopped going to parks, fairs, wineries and any event that was held outdoors. There was one day when my company made me run a booth at one of our local town fairs. I had to stand there all day in the heat giving away prizes and setting people up with new products. There was a trash can nearby that drew all the yellow jackets swarming near me. I told my boss my stomach was torn up and went home. 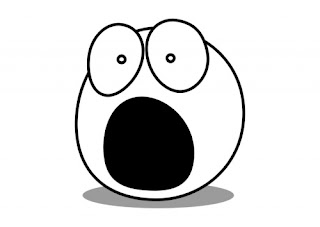 It didn’t stop there. It trickled into every aspect of my life from fruits, nuts, and animals. I feared them all. I would only eat vegetables, fresh fish (like sushi, salmon, tilapia, etc.--not shellfish) and meat. I would take supplements to make up for the lack of vitamins and chose the wrong foods, which led me to gain weight. My life became a theme of limitations and fear. I couldn’t go through this anymore. I hated reading ingredients in the back of stuff that said, “may contain tree nuts”. Instantly, I would put the product back on the shelf. When I went to parties, I’d eat beforehand so I wouldn’t have some weird reaction at their house and embarrass myself. I wouldn’t go into people’s homes who had pets because of my asthma-like symptoms that I developed. Last summer, we had a huge bee problem and I couldn’t enjoy our beautiful property or deck. I was a prisoner of my own mind. I was depressed and mostly angry at myself over the possibility that it was all in my head. Why did I do this to myself? Why can’t I live my life without fear and enjoy the things everybody else was?

I finally broke down. 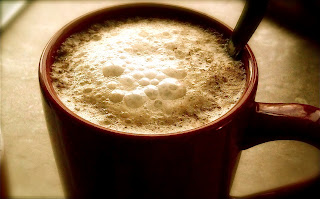 One morning, (and this is kinda funny) I got so angry that I could not enjoy this delicious almond milk that Madelene puts in her coffee. (Doesn't that look good on the left?) It smelled so good, and I’m not one to put anything in my coffee. I have it black with no sugar. But this smell - this delicious (almost hazelnut scent) kept wafting through the air. It was driving me nuts. I went on the computer and looked up everything regarding allergies and how to know if you’re sure you’re allergic to something. I called an allergist nearby and he said to come in and he would give me a blood test and skin graphing for every. single. thing. that I “feared”. I was so scared to do this with the ‘possible’ chance of a severe reaction - but I was too pissed off from limiting myself from everything I love. I went in. I got the blood test and had to wait for one week to get the results and then do the skin graphing. As the nurse pricked and prodded my skin for fruits, nuts, shellfish, mold, pollen, dog and cat hair, I wondered if I would be needing my EpiPen soon. I waited for the results and noticed my upper arm was swollen like a bitch. It was welted up. But which allergen was it? 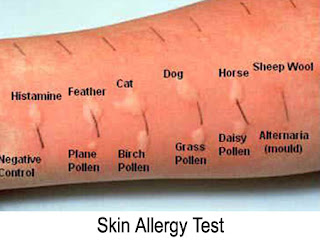 The results: I’m only allergic to dogs, strawberries and dust mites. Nothing else. All five breeds of bees in my backyard were “safe” for me, if I ever did get stung. All shellfish, lobster, shrimp, crab, etc., were fine for me to eat. Not a single reaction to it. I can also eat every type of fruit or nut available, even strawberries but in moderation. I may get a slight rash but that’s it. I asked the doctor why I was getting hives inside my mouth every time I ate bananas, mangos and avocados. He said that when people have anxiety, our bodies can mimic a reaction I also asked him why Madelene and I got a severe allergic reaction (face, mouth, tongue swelling) after eating a batch of sushi. He said that it must have been some type of dressing or sauce that they had put on something. He calmed all my fears from the past ten years in ONE week. As he went down the list of things I can eat or be around, I felt like I was getting my life back. The only unfortunate thing is that I am severely allergic to dogs, which was the one test that had given me welts all over my arm. At the time of the dog testing, he didn’t tell me what it was. I said to him, “I feel funny and it feels like I have hair in my throat” - which happens when I’m at someone’s home where they have dogs, but thought he was testing me for pollen. He checked my arm and said, “Wow, you are severely allergic to dogs.” And to think, Madelene and I were going to get a dog this week, which is kind of sad, however the benefits weigh out the negative. So if you're like me and avoiding certain things that you "think" you may be allergic to ----please go to an allergist and get it tested so you can know for sure. It doesn't hurt at all and when something does react, it's very minimal, perhaps the size of a quarter at the largest. They either mark up both your arms and test for each allergen or they do it on your back. Everything is completely sanitary. I literally missed a lot of my life because of all my fears. I have my life back. Tonight I am celebrating by eating things I couldn’t in the past years....of course not all in one sitting. (I hope!)

"Fear is that little darkroom where negatives are developed."
-Michael Pritchard