Anxiety & Depression: Why Are They Related? 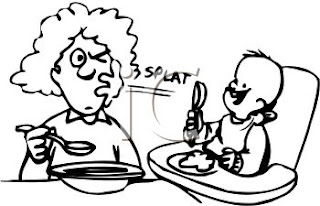 Yesterday I received a comment on an older post of mine entitled, “Trying to Eliminate Anxiety & Stress”. It read, “I'm a mum of two, under two & I have been diagnosed with anxiety disorder and postnatal mood disorder. I'm so freekin frustrated by my stupid symptoms that come on completely out of the blue and leave me completely exhausted and unable to keep up with my kid. I'm only 26 so I feel like I should be able to keep up, but these disorders have claimed my sanity!! It took 5 months for a diagnosis after I eventually asked if it could be anxiety they agreed....so I am now convinced drs know very little!! Anyway sorry for the rant but I'm glad a came along your blog and now don't feel as alone.” I can totally feel her frustration about the lack of understanding from doctors and psychologists. It took me over twenty years to find the right psychologist to start making me feel better, but through coping skills. Doctors aren’t magicians. They’re supposed to teach you how to cope and handle your anxiety and stress through management skills. Some give suggestions (like mine) and others leave that up to you to decide, which kind of frustrates me. It’s so important to find the right doctor and one that you genuinely like as a person and trust their advice. If not, you’re going to be in this anxiety limbo for a long time.

Most doctors diagnose people with “generalized anxiety disorder” - a blanket diagnosis for “you’re stressed out”. Who isn’t? And especially with this commenter, has two kids under the age of two...? I’d be stressed too. So I’m going to address this post to the commenter that went under, “Caketopper”... Give yourself some credit. There aren’t many people who can carry the load of having kids, no less raising them. Being the mom is the hardest job in the world. I’ve seen my mom raise four children and my friends having litters of kids. They’re the strongest people I know. Your symptoms appear to “come out of the blue” because it’s underlining all the frustrations you have. What I have been taught to do is to acknowledge your anxiety - do not ignore it and try to ‘make it go away’. Tell yourself that this is just anxiety, it can’t kill me and it’s going to pass in a few minutes. I was told anxiety is like the riptide. If you fight it, you’ll get sucked in more. Have you heard the saying, “Whatever you resist, persists?” Same concept. The best technique that I was taught was very effective. While having the attack, sit down in a quiet place, or even if you’re at work. Just take a few seconds out to do this. Make two fists and squeeze them tightly, as tightly as you can (until it actually hurts) for about 30 seconds. Take a deep breath, hold it in for 5 seconds....and let it out slowly while opening your fists slowly. Do this about 4 times. You’ll feel like there’s a warming sensation coming over you. Not only is this technique letting you breathe properly, but it’s mimicking your tensed physical state as well as your “ahhh relaxed” state. (My descriptions are one of a kind, eh?) 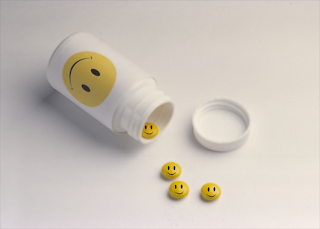 Another thing I used to be confused over was when the doctors would tell me that I had anxiety and depression. I said, “I’m not depressed - I’m a walking nerve!” I didn’t realize that after the heightened state of anxiety my body went through, it had to shut down for a bit. For each person it can be different. For me, the entire next day I would be shot. It felt like a tractor trailer ran over me. I was absolutely useless and exasperated. I would always say that I was coming down with a cold or something. It was the “depression” phase. Depression isn’t always sadness and tears; it’s the state of which the body tends to shut down for a little while to rest from all the chaos your mind put it through. So, that’s why doctors correlate anxiety with depression. They go hand in hand, which is another reason many doctors prescribe antidepressants for people with generalized anxiety disorder. I’m absolutely against any form of antidepressants because I don’t feel comfortable with anything altering the chemicals in my brain, except maybe a bit of wine (not professional advice), but antidepressants has much more negative side effects than it does positive. I am only saying this because I had a very bad experience while on an antidepressant which left me convulsing and in the emergency room. Just take a look at the list of possible side effects. It may be a (CYA) type of thing, but through experience, I’d rather be strapped up in a straight jacket than taking those evil pills. Ativan (Lorazepam) was the only thing that ever helped me and has minimal to no side effects. Please do not take this as professional advice. I am not a doctor. 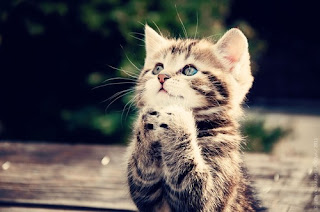 Another huge source of relief was delving into my relationship with God - praying and meditating more. I’m not sure what religion you are, but if you have faith in a particular religion or you’re just “spiritual” - I would definitely tap into it much more when you’re experiencing symptoms of anxiety. By practicing it every single day, the symptoms lessen for me. Each person is different though. I find that cooking helps me to relieve stress. When I cook something complicated where you have to spend a couple of hours preparing, I find that I’m in a ‘zone’. I always knew whenever my mom was stressed out. She would cook a dinner for an army and I’d walk into her kitchen and say, “Wow, what happened?” Many people cook when they’re stressed and now, I can see why. You may not have heaps of time to delve into your favorite hobbies, but whatever it is you enjoy doing - make some time for it. Try to rustle up your routine and make it different. I just recently started exercising at 6am and found that it gave me incredible “positive” energy throughout the day. When we’re agitated and have so much angst, especially in the morning, it pretty much dictates the rest of the day and evening. (At least that’s what I found.) I hope this helps. Again, this is just what works for me and I sincerely hope you find the right doctor like I did to help me with coping skills, instead of just tossing me a script and saying, “See ya next month.” I wanted to take the time out to respond to your comment in a separate post. Anxiety, if not taken care of, can absolutely ruin your life. It can escalate into other types of anxiety, like agoraphobia, and fear of a variety of things that will eventually develop. I know because I had them all. I’m still working on a few ‘phobias’ of mine due to my anxiety disorder. Good luck and please let me know how you're doing. Keep in mind, anxiety and panic attacks are not a sign of weakness. They are signs of having tried to remain strong for way too long.