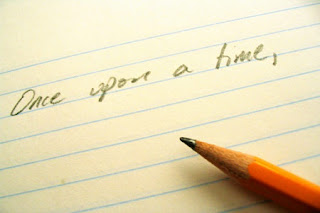 How do you see yourself? How do you think others see you? Do you care how others see you or think about you? Regardless, sometimes people are much different than what they come across online. For instance, I like some people better “on paper” than I do in real life. I’m absolutely positive the same can be said about me. Seeing words that flow together or seeing an article you can totally relate to is not the same as connecting in person. It’s a total different ball game. I remember a very long time ago, I was apart of this message board for gay and lesbian writers. I started exchanging emails with this one lady who happened to be so eloquently written and our conversations back and forth were so ‘in tune’ with one another that I truly thought we would click right away if we were to become friends in person. We were even discussing writing together and putting something out there from all of our brainstorms that seemed to have flowed so well. There were no photos exchanged, nor were there any telephone conversations.

After five months of communicating, we finally met up at a cafe nearby to have coffee and talk about all the projects we were planning on doing. I understand that some people get a little shaken up meeting someone for the very first time, but this lady was literally shaking like a leaf. She knocked over the silverware because she didn’t know where to place her hands and there was little to no eye contact whatsoever. This made it hard to have a comfortable conversation with her. I asked her questions about herself and when she replied, she would look over at the far end of the room as if she was expecting somebody else. It was the most awkward first meeting I have ever had. If this was a date---I’d be jetting out of there like a bat out of hell. To my surprise, she had emailed me the very next day to tell me what a fabulous time she had and how inspiring our conversation was. I. was. completely. shocked.

We met a couple more times and eventually, we did become friends, however I admit, I sort of fizzled out of the friendship because it was very unnerving to watch her squirm and wiggle in her seat as she spoke to me. I don’t know if she was just a nervous Nelly or if I made her feel uncomfortable, but why would she meet me again if she felt so awkward? With that being noted, our friendship eventually came to an end due to lack of contact, and then I got the dreaded email. “Why?” I decided to be completely honest and I said, “You’re a bright, intelligent and a wonderful person, however, I like you better on paper than I do in person.” I know that sounds like a very harsh reply, but I had to let her know how I felt about our meetings. I felt so uneasy about meeting her that I found myself acting the way she did at times! I gave her more than enough time to adapt to me in person by giving her more than ten chances to calm down, but it never did. She was the complete opposite than what was on paper.

Don’t get me wrong - I have anxiety and get nervous on occasion, but this was a bit too much to where I had to ask her periodically, “Are you okay?” This probably made her aware of her skittish reactions and freaked out even more. I guess by writing it all out, it’s less threatening than talking face-to-face with someone. They say ‘write it all out’ when you’re upset over something or ‘write them a letter’ so you can say how you truly feel without the nerves kicking in and preventing you from telling all. I guess I’ll just chuck it up to one thing: I like her better on paper.

And, I still read her daily.
anxiety Debra Pasquella writing