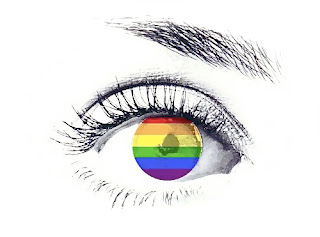 As per warning label on my bio, my blog can be semi-controversial and sometimes insulting to many people who come across my website. I may come across as harsh, judgmental and a bit too opinionated for my own good, catapulting thoughts and questions out into cyberspace for a bit more understanding. There have been a few blog posts that I have written under various “topics” that may have seemed as though I slapped a huge fat label of “rejection” on its forehead. There is a reason for my madness, however, not to be confused with a lame excuse. I have noticed that in the past few years, I have had a different set of readers that are much more varied than my previous ones in the past, who seemed to have similar views, but what’s more exhausting than having the same opinions and thoughts with people alike? If it weren’t for my readers interacting with me or the emails that I have received, elaborating upon their side of the argument, then I wouldn’t have learned anything at all.

I’m going to give you a simple analogy: if you go into a restaurant and immediately say, “Oh the lobster bisque is horrible”, without tasting it, then right there you are making an ignorant assumption. With that in mind, everything I have an opinion or “judgment” on, is based due to my experiences alone. Of course I always try to give the lobster bisque a few tries, until it eventually spoils, but “I try” - and that’s my point. I believe in giving everyone and everything the benefit of the doubt, until something goes awry. Even while things are not going smoothly, I will give someone or something a few more shots to prove to me that my “assumption” or perhaps, “judgements” are way off base. It’s only fair and I would only want the same treatment for myself. I realize that nobody is perfect and if we’re all going to get along whether in a friendship, relationship or marriage, we must accept all flaws and idiosyncrasies. But my question is: how much can we accept? That’s when you have to take a full look at whether or not it’s worth being in this “relationship” or association of any nature.

Let me give another example of what I’m trying to say: if a said lesbian is discriminative against bisexual women, then how does she expect acceptance of her lifestyle, while not accepting another’s? Okay, with that being said, what if the said lesbian had over five bad experiences with dating bisexual women, because they all left her for a man? 1. You can say that not all bisexuals will leave her for a man. 2. You can say, well at least she tried and now she knows who not to date. 3. You can just chuck it up to discrimination. This is purely just an example. My choice would be #2, only because she has at least experienced the bad takes of a certain situation and has learned from it only through “her” experience alone. It’s her choice to either fully walk away from bisexual women altogether or perhaps give them another shot.

The point being is that I, myself have given plenty of chances to people of discriminative and prejudged notions, until I run across the same problem again and again. There are many exceptions, I’m sure because each person is so very different, but what if you come across the same thing every. single. time? You begin to think, ‘it’s just them’. Or, maybe it’s ‘just me’? See, I too had negative experiences with dating bisexual women in the past. They always either had a boyfriend on the side or dropped me for a man. Hey, let’s face it, I can’t compete with a man. In this instance, I have had various encounters (and please keep an opened mind with the two I am going to categorize because the two are NOT the same) --transgender women and drag queens. I’m putting them two together only because of “my” experience alone. As I’ve spoken about transgender women (a bit harshly) on a previous post, I had emphasized greatly how each one I have met has either taunted me with critical judgments or has insulted me greatly. I do have to say that every single transgender woman I have come across are significantly intelligent to the point of wayyy over my head type of intellect. With that being said, I have found that they love to undermine my own intelligence to where they cast aside my thoughts and feelings in a very intellectual (seemingly tactful) way. Some of my prior friends’ statements would be extremely condescending and sometimes downright belittling. I’d laugh it off most of the time, while they laughed at me. “Stupid lesbian, what does she know?” With drag queens, I have come across (who are mostly gay men) seem to have an underlining resentment for lesbians. They mock us until we “finally get it” ---they don’t like us! There is huge drag queen community in Provincetown, MA, to where if you go to one of their shows, you are guaranteed 80% of their jokes are at the cost of lesbians, or “vagitarians” as they call us. I can take a joke like the next ‘guy’, but when do you get to the point of enough is enough?

That’s why I find it hard to understand those in discriminative lifestyles are so worried about others mocking them, and crave acceptance from all angles, yet they do the very thing they fear: mock others of different lifestyles. Or maybe, can I just chuck it up to their negative experiences, like myself? Maybe we’re not so different after all. If we can only cut through those insecure yet resilient barriers and see ourselves for who we are and accept ‘what is’ -- maybe we’ll all have a better understanding of all our lifestyles and the unique people behind all labels.
Debra Pasquella drag queens gays and lesbians LGBT transgender women