Intellectuals don’t impress me. Highly educated people don’t impress me either. I’m speaking about the ones who make it known to the world and hold up their degrees like a flag that their education makes them who they are today. In my opinion, your experience and heart makes you who you are today; the way you love and the way you treat others is what makes you who you are today. There isn’t a degree in the world that would prove to me that you’re lovable or reliable. It’s your vulnerability, your efforts in life and your ability to make people feel loved is what makes you lovable. I’ve always been told, “Don’t date a man who treats his mother poorly.” I don’t date men, so I don’t know what to go by anymore these days. So not the point here...

I recently found myself surrounded by a bunch of gals who were talking about their anxiety and depression. I listened, remained quiet and overheard one girl talking about the tons of medications she was on. Some even had harmful interactions while being taken at the same time. Since I had and still have anxiety myself and have seen many doctors in the past, I told her my opinion on each medication and that it’s mostly a business. Pill pushing doctors will pull you into their office for 15 minutes, write a script and kick you back out like a number. I explained that most medications do more harm than good. There are more side effects associated with certain medications than there are benefits. Have you ever heard a commercial about a certain medication, and at the end of it there’s a talented speed talker who spews out the list of harmful side effects, including death?

Experience; the good ol’ ~been there and done that~ theory gave me quite the education. I truly believe the old remedies work better. Exercising, rearranging furniture in my home (or fen shui’n it up), bananas, coffee and more interactions with friends and family are all remedies that helped me ten million times better than medication ever could. Another great source of kicking in the endorphins besides exercise is getting enough sunlight. Instead of tucking myself inside in a gym or on inside my apartment on my treadmill, I now walk a few blocks each morning just to grab some sun (vitamin D). You can also take supplements. The best remedy yet: laughter. During my trip to Massachusetts for my wedding, we went to see a few comedy shows that had our faces hurting so much from laughing.

Winter’s approaching which means we have less daylight. A lot of us get depressed during this time, which is more reason to take charge before depression kicks in. I also speak for myself. November is usually a bad month for me, but I’m going to make sure I do everything in my power to stay positive. 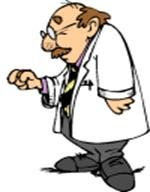 Another thing is, this morning I was watching the news and they reported that many doctors were giving out placebos to their patients as “tests”. Some were on mood stabilizers and antidepressants for a long period of time. When taking the placebo, the patient mentally thought they were still on their regular medication. Nothing to report from the patients. It was the process of weaning off without the patient mentally acknowledging it. So, all in all, this sort of proves that medication isn’t needed for some. I do know that some people need medication, but I do believe that way too many people are on it when they shouldn’t be.

Just because you have a “Dr” before your name doesn’t mean you’re smarter than the rest. I respect all of our doctors, but I’m wary of the ones who take advantages of kickbacks and end up risking the lives of people who really need help.
at October 24, 2008