Repent of Your Sins! 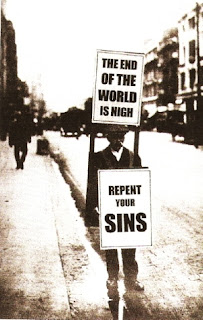 It made sense for a long time: love the sinner, but hate the sin. I understand it and I know what it means, but sometimes, something just doesn’t settle right within my heart about that statement. It’s like me saying, ‘love the preacher, but hate his/her sermon.’ It means you just don’t believe in what the preacher is preaching. Is it simply not liking their character? Doesn’t the preach go hand-in-hand with the person’s character? Or are we listening to something that’s been told over and over like a broken record?

There are two categories I’m going to put “sin” in: human nature type of sin and evil sin. There’s a distinct difference between the two. Human nature sin is where all of our weaknesses fail to make us perfect, ie: Christ. We keep making the same mistakes over and over and over again. We can correct them of course, just like quitting smoking, but there are other sins waiting around the corner for us. It’s called “life”. Life happens and we fall into the pit of human nature sin. Just because we gave up one doesn’t mean we’re no longer sinners.

Evil sin: a desire to hurt, harm or injure someone or something. It’s the type of sin that you would see in a horror flick---an intentional desire to destroy. The over analyzing typical hypocritical fundamentalist will never understand the difference between the two. To them, we’re rotten to the core. We’re disgusting human beings with no soul; no purpose other than to sin and wait for Satan to open up the fiery pits of hell for us. Who are they fooling? If they can’t admit to their own shortcomings, are they denying that they’re even human at all? To be perfect is to be Jesus Himself. We can strive to be more like Jesus, however, we’re burdened with sin---whichever type(s) fall upon us. Human nature sin is what we were born with; a cross or two or three to bear.

The one awful thing that follows behind human nature sin and the battle between debates of the fundamentalist Christian types is the guilt. Guilt can destroy anybody if they let it. Who seeks to destroy and kill? …Satan. Who seeks to take all of our joy away? …Satan. And who’s the one fallen angel that seems to know all of our weaknesses? …Satan. The weakness of listening to a judgmental Christian can put us under the spell of the devil’s evil deed. If you feel constant guilt: the devil has won. There’s two types of guilt associated with the struggling Christian though: the guilt that derives from Satan and the guilt that convicts us. Big difference. The conviction type of guilt shows us the right thing to do. For example: you hurt somebody’s feeling or said something awful to them. Guilt strikes you and the conviction that follows is apologizing. Simple. The guilt that the devil tries to torture you with is the guilt that’s associated with human nature sin---not evil sin.

“Throw the first stone”, almost sounds like a cliché now. How true is that statement though? How many people can sit there and accuse you of sin, when in fact, they’re paddling in the same boat with you? What makes another sin worse than another? If you think about it, fundamentalists and hardcore bible thumping intolerant Christians seem to focus on one particular sin and run with it. They never lose focus on that one sin. I wonder why? Is it that they’re struggling with the very sin themselves? Or is it that they need to feel superior over other people in order to feel important? Whenever I come across one of these judgmental Christians, it’s not done out of love. I have been advised by certain Christians where as they told me what they believed and then gave me the “choice” to do what I will with it. Jesus gave us “choice”---and we’re supposed to be more like Him. So why can’t people give us the choice? Why are they choosing to slam us with ugly words and make us feel awful about ourselves? There’s an underlying reason for it all. In my opinion, it’s repressed feelings for living a life of “perfection”---to what they think they have. The truth is, they don’t have it at all. After the day is done, they’re the same people just like you and me.

Repent of all your sins!

When will it stop?

It does stop once we realize that Jesus' death happened for a reason... Will they ever be convinced?