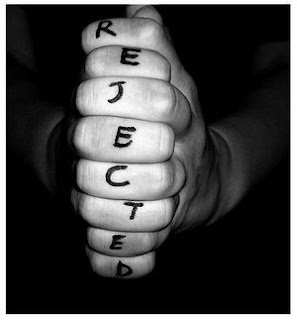 It’s a message that’s been haunting me for some time now. People keep bringing it up: they didn’t get the part, their work was turned down for publishing, they didn’t get the job they wanted or the person their heart was after. Who’s a stranger to rejection? Rejection stems from a fear of failure. I’ve been speaking to a friend about this who is also a writer and struggles with rejection as well. I’ve been rejected many times. My music and songwriting has been rejected along with my photography, writing, painting and commercial art. I’ve submitted my writing to a slew of publishing houses, agents and even magazines. “Not my cup of tea”, or “this isn’t our thing”. Discouragement and fear set in, but for some reason, I didn’t give up. It not only has to do with successors in life- it holds many facets of trials in life, especially relationships with people.
So I pray that God, who gives you hope, will keep you happy and full of peace as you believe in him. May you overflow with hope through the power of the Holy Spirit. ~Romans 15:13

I read Word For The Day for Thursday’s Dec. 27th's issue:

“Consider Moses, the lawgiver and liberator to whom God gave the Ten Commandments. His name is still known all over the earth 4,000 years after his death. But remember, this same Moses was a murderer. He was listed in Egypt as a public enemy number one. He was a fugitive from justice who fled to the wilderness where he lived for 40 years as a shepherd. Yet with the chisel of adversity God was shaping Moses to stand in Pharaoh’s majestic palace and announce, “Let my people go!” A nation was born because this man refused to stop struggling to achieve his divine destiny.
Don’t be paralyzed by your past. If God used Moses, He’ll use you. Everyone goes through adversity. The phrase to remember when things go wrong is, “Get over it!” Have you been hurt? Get over it! Have you been betrayed? Get over it! Have you failed? Get over it! Paul writes, “In every thing give thanks.” In reversal, give thanks. In heartache, give thanks. In poverty and in prosperity, give thanks. God is greater than the criticism you’re getting. He’s greater than the giants you’re facing. He’s greater than the mountain you’re climbing. He’s greater than the burdens you’re carrying. Look at the Bible record of men and women who chose to focus on the silver lining, not the dark cloud. These people didn’t curse the darkness, they shone a light and scattered it. They chose the right attitude, an attitude of faith. Come on, stop hiding from success because you’re afraid to fail. Failure means you’re a learner, not a loser. Stop fearing risk! Take God’s hand, step out and fulfill His purpose for your life.”

This message struck me odd, as I was trying to find answers to all my frustrations and failures. I prayed and meditated on my problems: my struggles with life’s circumstances, heartaches and failed attempts to get where I wanted to be. I kept asking God to take my fear away and miraculously, little by little, I’m doing things that I thought I’d never do. My anxiety seems to be subsiding and I feel like a completely different person because of this changed attitude of mine toward life itself. With the lack of fear, I’m not afraid to “fail” anymore. It’s more of a challenge to go get it, or at least try to. It’s more of working harder to get from point A. to point B. It’s a matter of faith and not luck. It’s exactly where God wants you to be: in faith and love and to know that God is with you every step of the way. He’ll never let you down. Even in our darkest times, there’s always a glimmer of hope; a rainbow after the storm. When we think things can’t get any worse---think of how worse off we can really be.

My sister Dawn once told me what her pastor said when I was really discouraged, “If we change the way we look at things – the world changes around us.”

I’m putting my rose colored glasses on and stepping out in faith. I hope you’ll join me! 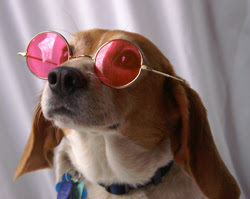