One of the Seven Deadly Sins: Pride 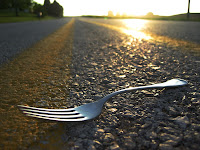 Have you ever wondered if you’ve changed over the years? Have you ever looked back on your life and realized you’ve made some major adjustments? Even in relationships, sometimes the two people change. Sometimes, only one person changes. Or, can we even say that any one of them have changed at all? Whether you prefer to call it growth or you prefer to call it a few steps back, if the two people aren’t looking in the same direction in life, the relationship usually falls apart. How can two people stay together if they take different paths? That one fork in the road can totally devastate the relationship. Maybe later, the two roads join together, and you can continue holding hands again, and other times, those two roads never meet again.

In my opinion, “pride” is one of the biggest things that destroys relationships of any kind. When pride gets in the way of forgiveness and compassion, it becomes cold, almost spiritless and indifferent. They say it takes a big person to say they’re sorry, however, I think it takes a bigger person to actually forgive—but to forgive genuinely. Complete forgiveness has no room for pride. Its ingredients consists of this: love, compassion, warmth, forgetting offenses and wrongdoings, overcoming anger and the ability to seek out the benefit of the doubt in people.

Pride, being one of the seven deadly sins, seems to hold a positive word in many cases. To be proud – in any circumstance, always stems from “you”…or better yet, “me”. “I’m so proud of my son! Look at his grades!” To be proud means the parent is proud, due to his possible upbringing because of “the parent”---not the son. Pride looks inside the person who’s speaking. “I’m so happy for my son! Look at his grades!” That implies to me, that the parent is genuinely happy for their son, instead of looking at their own selves, giving them a pat on the back. Again, as I’ve said in another post, I detest the word pride when it’s used for the gay and lesbian community. “Gay Pride!” It just doesn’t sit well with me, because it’s as though they’re putting it in everyone’s faces . “Straight Pride!” If heterosexuals ran around with picket signs saying this, I’m sure the gay community would be upset.

Getting back to relationships: pride hurts the union. Having self-respect is much different than pride. Now here’s a twist: I’m thinking about ridding all the people in my life who have way too much pride. Does that mean that my own pride has surfaced? Or does it mean that I want a simple life where I only invite humble people into my world? Does this make me a bad person to draw away from those who feel that they’re pride isn’t a bad thing- that they view as ‘self-respect’? I always give people second chances, but when those second chances become 5, 6, 7, 8, 9, 10 chances, and then I give up, will God still say to me, forgive him 77 times! It says so in the bible.
"Jesus, I have a question for you. How many times should I forgive someone when he sins against me? Up to seven times?
Jesus: "Peter, I tell you, not seven times, but 77 times."

So, I’m questioning my own ability to forgive pride. It’s complicated, because I see pride being cold and unforgiving. I don’t feel I’m cold and unforgiving, but I have come to a breaking point where my body, soul and spirit are telling me, enough is enough!

When you give up on a person because of their pride, have you simply gained pride yourself in return?
at December 03, 2007