Love: Is It Based On Race, Gender Or Religion? 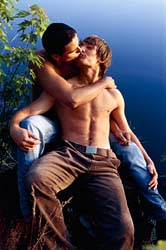 Lately, I’ve been rummaging around in message boards and tinkering with the minds of many people. I brought up the whole homosexuality vs. religion debate of course, and bumped into the same wall about the interpretation of the bible. Why do many people equate homosexuality with sex only? When speaking about a heterosexual couple, people tend to think, oh well isn’t that lovely, these two will get married eventually, have kids and live a happy life. But, when speaking about a gay couple, people usually gravitate to the concepts of a sexual nature only.

I had a discussion with one woman on this message board who asked me what I thought about the passages in Romans, where it speaks about how people burned with passion and lust towards each other of the same sex. She gave me these scriptures:

Romans 1:26 For this reason God gave them over to degrading passions; for their women exchanged the natural function for that which is unnatural.

Romans 1:27 And in the same way also the men abandoned the natural function of the woman and burned in their desire toward one another, men with men committing indecent acts and receiving in their own persons the due penalty of their error.

Romans 1:28 And just as they did not see fit to acknowledge God any longer, God gave them over to a depraved mind, to do those things which are not proper.

I’ll admit, there are perverted homosexuals out there, but there are also perverted heterosexuals out there. Why are gays and lesbians all categorized up into this bulk package of perversion? Why don’t they view heterosexuals as “perverts” when having numerous sex partners? Some do of course, but I speak about those who live by the rule of “religion” and cast down judgments on every single person. 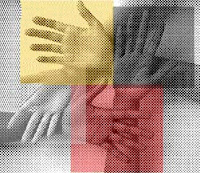 Ironically enough, a gentleman (who will remain anonymous), who is half black and half white (mixed cultures), explained to me the best he could that it would be very difficult if my partner and I had children, due to other people not approving of it. I asked him with all due respect, was it easy for his kids to grow up in school, being that they were half black and half white? The difficulty shouldn’t be in shame-----it stems from the intolerance, small-mindedness of people who live shallow and empty lives. Kids are cruel. They say things that they eventually regret when they’re older. They’ll pick on you if you’re wearing something they don’t like. It never ends. It’s just the process of growing up and seeing different people. It’s called “life”. Some people never change. They continue on with their prejudices and hatred towards one another.

I bet everyone has a story of their own when they were younger. How many of you can say you were made fun of while being in grade school? Were you picked on about something? Did someone tell you negative things about yourself? Did you ever run home crying because some kid made fun of you? 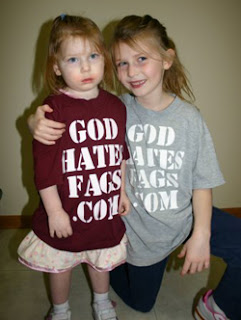 It's a shame when children are brought up in a hateful mindset and intolerance for one another. Love has no knowledge of color, race, gender or religion in my opinion.
homosexuality minorities religion sex sin