The "Truth" About Homosexuality 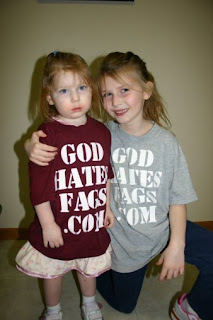 In a world baffled by religion and different interpretations of various beliefs, we’ve become more separated from God and even more so with our own people. We’ve alienated those who are different from us. We’ve only accepted the ones that look like us, walk like us and think like us, but we refuse to welcome those that stand strong in their own set of ‘beliefs’. Some call it ‘knowledge’, and others will simply say it’s ‘truth’. Whose truth? 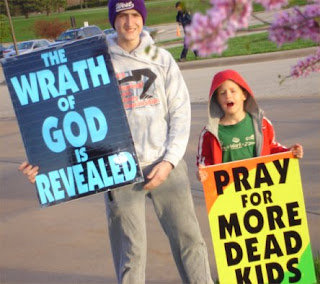 My gay brothers and sisters have been chastised for years, taking blows from radical extremists in the midst of their heated anger. They’ve been stoned to death, beaten by their very own kind---humans. Religion is the core reason for wars. Some would die for their God. Some would kill for their God. Where is the love in killing? The Ten Commandments teach us, ‘thou shall not kill’, yet we’re killing people left and right due to others not believing in what ‘we’ believe.

Misinterpretations of love. I truly believe that many people misinterpret the messages in the bible. When “Christians” ridicule homosexuals, they bring forth the story of Sodom and Gomorrah. This story is based upon power and rape---not homosexuality. Jesus never once spoke about homosexuality. He spoke more about the immoral ways of heterosexuals in the bible. Promiscuity is the prime target when speaking about sexual immorality—not loving one another. People cannot distinguish between love and lust sometimes. They feel that if two people of the same gender are together as a couple, that they’re immoral and sinful. Premarital heterosexual sex is overlooked by many churches. Ironic.

In my belief as a Christian, Jesus died for all of us up on the cross. I believe that He took away all of my sins by doing this. I’m washed clean. You’re washed clean. God knew that we would have an extremely difficult time here on earth, if Jesus didn’t sacrifice His own life for us. We would be doomed forever. His blood washes us clean from sin. We don’t live by the old law anymore. We live and walk through the grace of God and with gratitude, we are accepted by God.

"But what if we seek to be made right with God through faith in Christ and then find out that we are still sinners? Has Christ led us into sin? Of course not! Rather, I make myself guilty if rebuild the old system I already tore down. For when I tried to keep the law, I realized I could never earn God’s approval. So I died to the law so that I might live for God. I have been crucified with Christ. I myself no longer live, but Christ lives in me. So I live my life in this earthly body by trusting in the Son of God, who loved me an gave himself for me. I am not one for those who treats the grace of God as meaningless. For if we could be saved by keeping the law, then there was no need for Christ to die."

So, if we don’t believe that ‘faith’ alone will save us, then we don’t fully trust that Jesus died for us up on the cross. Do we trust Jesus enough? Was it enough for Him to die for us? Did He actually take away our sins by doing this? Or do we keep clinging to the old law for safety? The law will never save us. Only Jesus can. (In my beliefs.)

Many “Christians” will yell out, “Repentance!” But what does repentance really mean when we come to the Lord? It means to develop a relationship with God. It means that we accept that we are flawed as humans, and that we are saved by Christ. It doesn’t mean that we have to keep saying sorry for every single ‘humanly mistake’ that’s been made. Don’t you think God knows what we do? Do you think your secrets are hidden by God? He made you. He knows everything you do. He sees every sin that’s committed, He hears every word that’s spoken and reads every motive in your heart. Even in the darkness, your secrets are revealed. Accept the fact that God knows you. He made you. And, get this----HE STILL LOVES YOU!

Don’t let them chastise you any longer. Stand strong in your faith—whatever religion you practice and know that God loves you. Judgments from other human beings are just that—it doesn’t hold up very well. The only judgment you should be concerned about is the one that comes from God. Other people are so miserable in their own lives, that they feel the need to criticize those who are happy and content in their walk with God.

This is a video I made, which I’ve shown once before on my blog, but I feel the need to post it up again. I apologize for the small lettering in the clip, however it was my first run with iMovie.