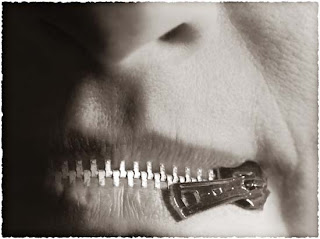 Touching on the topic of gossip is a difficult one, because whether or not we know it, we all gossip in one form or another.

What exactly is gossip?

1. idle talk or rumor, esp. about the personal or private affairs of others: the endless gossip about Hollywood stars.

3. Also, gos·sip·er, gos·sip·per. a person given to tattling or idle talk.

4. to talk idly, esp. about the affairs of others; go about tattling.
–verb (used with object)
Idle talk or rumors are mostly seen as ‘lies’ or ‘exaggerated truths’ about a person. Even writing about someone is considered gossip, as shown in the web’s dictionary.

In the Jewish culture, it’s been told that gossip kills three people:

*The speaker
*The person you are speaking about
*The listener 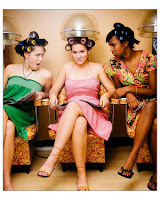 But at what lengths do we consider “talk” about other people, gossip? Do we stop talking about how Julie’s husband just got a promotion at his job? Do we stop talking about our kid’s achievements in school? Do we go as far as to turn off our television sets when the news comes on, in order to not listen about the saga of Anna Nicole Smith and the custody battle? Where do we draw the line? Certainly not at the hair salon!

Gossip’s true definition in my opinion is secrets being told about another person, or to talk about someone in a derogatory manner- as far as details about their life; washwomen if you will.

Here’s an example of ‘innocent’ gossip gone wrong… About ten years ago, I learned that a friend of mine was pregnant. I was happy for her and excited that this was her first child. She didn’t ask me to not tell anyone. Later on that evening, a mutual friend of ours was out at the same bar as I was. We started talking and I said, “I’m so happy for her, she finally got pregnant!” The girl looked at me in shock, “Really? She’s pregnant?” So, the cat got out of the bag. Two months later, the girl I told this to ran into our friend at the grocery store.

“Oh my God! I can’t believe it! I’m so happy for you! Congratulations!”
Our friend just looked at her and said, “Yeah, well…I miscarried.”

See, even the ‘innocent’ happy type of gossip can turn out bad. So, in the Jewish belief, I killed myself for the ‘buzz’, I killed the person I spoke to, due to the embarrassment, and I killed our friend, who was mortified to tell the bad news again to someone else.

It’s hard not to gossip, or talk ‘innocently’ about people, happenings and other stuff that surround particular people. The media does a fine job of it anyway, and then we discuss it over dinner with our friends. Phone lines light up about Don Imus getting fired, people chatting about how Howard Stern influenced his fans to vote for Sanjaya on American Idol, only because he was the worst singer, and Gov. Jon S. Corzine, of New Jersey being in an almost fatal car accident.

Tabloids, newspapers, magazines and blogs hold the most sources for our most desired gossip stories.

If gossip is a sin, then what about stories told in the bible? There are many scandalous stories to be told in that ‘good book’. So when is it not considered ‘gossip’? 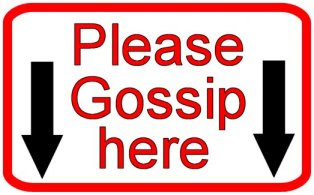