- April 10, 2007
When have we become so defensive? We’re offended by everything we see, hear and read. We know that ‘freedom of speech’ is a right of ours, however there are some people who feel that higher people of rank shouldn’t be giving their honest opinions regarding others. 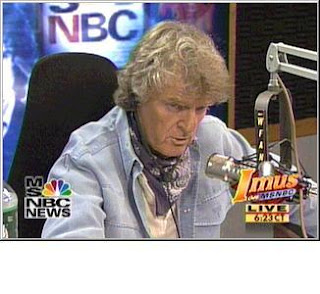 Don Imus has taken on a lot of flak for a few poorly chosen words against the Rutgers’ female basketball team. He called them, “Nappy-headed hos.” While gathering other people’s opinions on this, I happened to be watching “The View”, listening to what Rosie O’Donnell had to say about it. She said that there are certain things that the black community can say to one another, however in the same respect, white people are not permitted to say the same thing. For instance, a black person can call one another the ‘n’ word, without repercussions. White people cannot. It makes sense. Now, what happens here is, the word “ho” went right after the nappy-hair comment. That was definitely uncalled for.

My opinion is based up this. People in the media, such as Don Imus and Howard Stern are ‘shock jocks’. They’re looking for a reaction. They borderline the rules with the FCC to see just how far they can go. They’re expected to say this crap. Why are people so upset over what these guys have to say? They’ve said so much worse in the past, so why bring it up now? 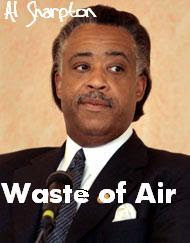 Of course Al Sharpton and his gang all rally against this guy. Again, on the view, Joy Behar raised an interesting question to Sharpton.
“What about those rappers who put down women calling them 'hos' and degrading them with vulgarity?”
Sharpton never mentions any of this at all. Does he agree that saying this on the radio and through songs that our children listen to is okay? Al Sharpton is one hypocritical man who needs to stop putting his nose in things he ‘picks and chooses’ to be right or wrong. He needs to stop protesting against everything the white man says and stand up to everything that’s offensive, instead of just picking on white people’s words and actions. He doesn’t care if another black person belittles his own, but he lashes out at the slightest attempt of what the white man will say or do.

Was Imus wrong? Sure. He should have never said it to begin with, however, there are far worse things he has said, yet he was never picked on because of it. There are far more worse things that other people have said, yet there are no repercussions. Imus has been on the radio for forty years- and these four words (those nappy headed-hos) are going to get him suspended for two weeks. A lot of people feel he should be fired because of this.

Al Sharpton wants him fired. Imus has repeatedly said that he was sorry. Sharpton shows no sign of mercy. He chooses to not forgive, however, this man Sharpton calls himself a follower of Christ?