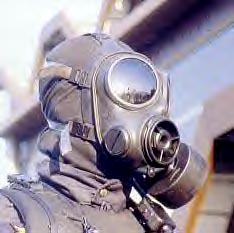 Not for nothing, but if you’re going to be the mayor of New York, you’re going to have to deal with a million questions and be expected to dish out some serious answers. As you all know, I never get into politics all that much. It’s not only confusing with so many lying politicians, but the mere fact that each story changes its course within minutes frightens me to the core to even touch upon any political subject. It’s worse than talking about religion—and you know how I can go on and on with that!

Anyway, I’m sitting here watching CNN about the big breaking news of the smell of rotten eggs being spewed out all over New York City. Apparently there was a gas leak, or there was a release of the chemical mercaptan, the additive which produces an odor when the odorless gas is in the air. It’s a safety precaution for people.

“Close your doors, windows and central air!” But they say we’re ‘safe’…or are we? Why would they urge us to evacuate buildings and close off all our vents? Precautions, yes I know, but still very scary. If they start asking us to put on gasmasks and tape up our doors and windows, then I’ll know I have need to drink a martini or five.

Anyway, as I watched Mayor Bloomberg at the press conference assure us that New York was safe, he answered questions in such an abrupt way- as if he was annoyed with everyone. I’ve seen him do this before with many other issues. He doesn’t want to be bothered. Then why even go into office when you know that you’ll have to do a lot of explaining if something dangerous happens to New York? He lashes out at reporters who interview him and people who are requesting answers. His responses are rude and crass. I just don’t understand this type of behavior if you’re the mayor of New York.

To tell you the truth, when I first heard about the hanging of Saddam Hussein, I thought there was going to be plenty of terrorists attempts or successful tragedies around the area and nationwide. One incident that really had me concerned was the terrorists who were hiding in the Miami, FL ports. How many times has the news revealed to everyone that our ports were not secure?

Hello? Do they think that the terrorists don’t watch our newscasts? It drives me insane that reporters give out this crucial and vulnerable information and then not expect to have something like that happen. Is it me, or is the media that naïve to give out such dangerous information? There are certain things that I understand must be ‘hush hush’ in order not to panic the public. But when we tell the entire world how easy it is to target our ports, we’re basically pulling our pants down for them. No news is bad news for these networks. They’d rather see us suffer a terrorist attack than to have redundant news reports.

Getting back to Bloomberg… I personally feel he has done a great job for New York City, however his behavior with the public and the media is just baffling.

In any event, they say that the odor that engulfs New York City is nothing to be concerned with. For some reason, something doesn't smell right to me.
at January 08, 2007