Drudging Up the Past 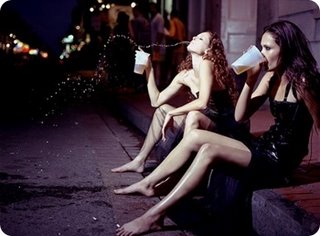 It’s not a secret how my life has changed dramatically after a break up a few years back. I’ve learned a lot from it actually. Speaking in current times, I can envision myself from when I was still in that relationship. I handled things much differently. I was a complete different person, yet the same soul inside. I like to call it undeveloped. One thing I’ve learned is that old scientific saying- action causes reaction. I still have a hard time doing things “right” in my present relationship, but I’m no longer that resentful bitter person that I remember back in my old relationship. The learning experience was a blessing for me. It helped me to not take my partner for granted. It gave me the insight of how the other person may be feeling. Although I’m still nowhere from being perfect or ever will be, I know that some things may not be good for the relationship.

Trying to explore new options and ways to cope with difficult situations has been challenging, yet rewarding when I finally see the end results when making right choices. Still waving in and out of tricky decisions of how to handle certain things, I’ve come to the conclusion that arguing over something under the influence of alcohol is absolutely detrimental to the relationship. You say things that you normally wouldn’t and your entire “closed box” opens up. What’s a closed box? And yes, I did make that up, but it’s real. People can call it whatever they’d like to, but for me, it’s called ‘the closed box’.

The closed box is a secret little container full of things that are supposed to be hidden. It’s kept in thoughts and derogatory statements stored in this little contraption. It’s deep seeded location is the safety mechanism for a loving and successful relationship. What happens is, when alcohol gets dowsed into your system, you’re more likely to brew up an argument or say something that should have been kept within. I’m not saying that everyone should be so secretive, but there are some things people just don’t need to know.

Sometimes that closed box will reveal secrets that shouldn’t have been aired out. Other times, that closed box will reveal other people’s secrets which is worse. I’ve seen people gossip to the point of, ‘I really shouldn’t have said that’ type of scenario. I’ve been and still catch myself being one of those people. I have to stop myself and remember how bad it is to talk about someone else’s situation when having a few drinks- or even sober. My friend Tamar taught me a lot regarding this. When you gossip, you’re killing three people. You, the person you’re talking to, and the person you’re talking about.

You: You’re killing yourself because gossiping is considered sinful, and for you atheists out there, it’s just bad tactic. You’ll be seen as a gossip and no one will trust you.

The receiver: This person can choose to listen or ask to stop the conversation. It’s hard because you normally wouldn’t just say, “Oh please, stop talking about this!” Usually we listen. We can just walk away afterwards and pretend we didn’t hear it, but it’s hard.

The person being gossiped about: Their reputation was killed.

We all gossip from time to time. But have you noticed that the people who gossip constantly are the ones we never reveal a secret to or trust? Even when my girlfriend and I broke up, I never revealed the negative things that she had done or ruined her reputation with hurtful words. I wrote a book about the break up, but focused on how “I” could improve instead. I hesitated to write much about it on this blog, because it was all written in my book and revealed of how I could have handled things much differently. I didn’t want to rehash it and open up old wounds. There were some posts that I had to get permission by her to write. I respected my ex-girlfriend and still do. We shared a past together and today we’re still friends.

The most important thing I’ve learned is that we should all focus on the positive side of the relationship instead of harping upon what should have been done or how badly we were treated. (This excluding verbal and physical abuse of course.) I’m talking about your normal everyday relationships that went bad. There are many people having pity parties for themselves instead of trying to improve their character and improve their current and future relationships.

Here’s a bit from my book…

“Even when someone we love wrongs us, we cannot expect them to immediately make it right or change their ways at the snap of a finger. We have to learn to accept them the way they are as well as adapt to them if we want to continue a relationship with them. The secret is, we need to make changes in ourselves in order to appreciate other people and the way they handle certain situations. We need to yield for others and allow them to be themselves. We cannot change people; only God can change people. If we truly love someone, why would you want to change them? I have learned a lot from each relationship that I was in. I do not regret one person that has come into my life whether they are in my life presently or not. Sometimes I can’t even believe how bad I reacted over certain things. My temper would flare up so high over the smallest things. Not only does this make things worse between you and your partner, but it also brings up your blood pressure a great deal. It’s so unhealthy to actually have anger in your heart like that. I have noticed that in certain relationships, I was jealous and very insecure.”

Insecurity plays a huge role in how we handle what we say and what we do towards the people we love. We don’t want to be hurt again. We’ve all been hurt. We’ve all gone through our share of bad relationships whether with family members or with partners and spouses. We’re human. But constantly drudging up the past in a derogatory manner only leaves you with the feeling of resentment. Let it go. I had a hard time letting go of the past for quite some time. As soon as I let it go, my demeanor changed. I wasn’t that angry and bitter person grumbling about every little thing. Don’t get me wrong, I still bitch and moan from time to time, but I forgave my past as well as forgave myself.