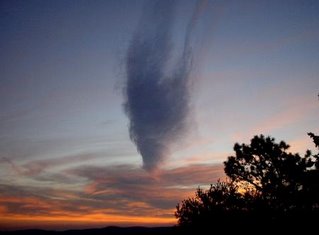 A lady whose friend was a chronic worrier said to her one day, “Do you realize that 80% of the things you worry about never happen?” “See,” her friend replied, “it works!” Seriously, Jesus said, “Don’t get worked up about what may…happen tomorrow. God will help you deal with whatever…come{s} up” (Mt 6:34 TM). Worry doesn’t rid tomorrow of its sorrows, it just robs today of its joy. Plus when you make a mountain out of a molehill you end up having to climb it. A salesman who usually drove an old car and wore outdated clothes turned up at his office one day in a designer suit, driving a BMW. “What happened?” his buddy asked. “Remember how I used to worry about everything?” he said, “Well I hired a team of professional worriers; now I tell them my problems and they do all my worrying while I go out and sell.” “How much do they charge?” his friend asked. “$5,000 a week,” he replied. “How can you afford that?” his buddy asked. Smiling he replied, “That’s their worry, not mine!”

Wouldn’t you like to have somebody to handle all your worries? You do; His name is Jesus, and He said, “If you are tired from carrying heavy burdens…I will give you rest” (Mt 11:28 CEV). God promised, “As your day is, so shall your strength…be” (DT 33:25 AMP). That’s because He only gives us today’s strength for today’s needs. Remember, it’s impossible to wring your hands and roll up your sleeves at the same time. So instead of wasting today worrying about tomorrow, “Give…your worries…to God” (1Pe 5:7 NLT), and get busy living the life He gave you to enjoy! ~The Word For You Today

These last few days I’m finding myself worrying much more than I have been. Everything from what tomorrow brings to what someone else may be thinking. I waste my time and energy over people’s judgments sometimes and I tend to worry about something that hasn’t even happened yet. “Well I might get an anxiety attack if I walk into that crowded grocery store!” Some days, I’m able to get a grip on my agoraphobia. Other days, it’s as if it never left me. At night, I can’t sleep because there are a million things going through my head. You wouldn’t believe the thoughts I have right before sleep. “Did I lock the door?” (That could be the OCD kicking in as well as the other questions such as making sure the oven’s off…ten times.) "If I turn the TV off when I try to sleep, will I hear any ‘bumps in the night’?” I’m like a child thinking she has a monster in her closet. I’m scared of the dark! When the lights go out, I freak! God forbid there’s a lightening storm outside and the electric fails. I grab a flashlight when I hear thunder. Seriously- major problems over here!

I never forgot the storm in March of 1997. We had some freaky weather over in New York during that time and La Nina was hitting us hard. It was always windy with gusty storms that were a force to be reckoned with. One early evening, my parents were barbequing. I was the only one with them, so my sisters can’t vouch for me. But, the day was sunny, oddly warm, with a few clouds in the sky. I walked out to talk with my dad as he cooked his steaks to perfection. We discussed how calm and quiet it was outside. The entire atmosphere was at a standstill. Then, I went to look up above, and there was this huge black cloud coming in slowly. The rest of the sky was blue. It didn’t look good. I said, “Dad! Shut the barbeque off and come inside for a few minutes- I don’t have a good feeling about this.” He just shooed me off and kept flipping his steaks. I worried so much that they ended up treating me like the boy who called wolf. Understandable, but this time it wasn’t an irrational fear. This cloud meant business.

As I kept staring at this black monstrosity, it started to develop a finger-like shape that began to try and touch ground. The winds whipped up a bunch of leaves and grass and I started screaming at my dad, “Get in now dad! Hurry! It’s a twister!” He stood out there laughing at me, as his thick silver hair was flowing in the breeze. “You gotta be crazy or sumptin’! It’s nuttin’! Youz are all crazy- you know dat’?”

Then the twister touched down in the woods, bringing up debris and uprooting trees. That’s when dad came inside. As he made his way through the door, the wind shut it so hard, that it felt as though the house had this suction effect to it. My mother ran to her little radio and turned on the news channel. It had the weather alert that there was a tornado warning for our area.

“Oh we don’t get tornados in New York Deb.” My mom pipes up from behind the counter.

The fact is, we’re right outside the city with flatland. It was the perfect environment for it. Yes, we lived on a hill, but any tornado can start somewhere, making its way down. Well that day proved that tornados do exist in New York.

After that day, I began to be deathly afraid of rain. Seriously, it didn’t even have to be a storm. Dark clouds would roll in, and I’m gearing up for the worst, making room in my little spot under the stairwell. We didn’t have a basement- it was just a crawlspace. So, I already knew where my spot would be. Forecast for rain? I was in panic-mode! It was getting so ridiculous, that I started fearing going out at all. I thought, “Well what if it starts to rain and I’m somewhere without shelter?” All these irrational thoughts took over my mind. It basically ruled my life.

At 23 years old, I shouldn’t have these irrational fears plaguing me day after day. So one morning, I prayed to God. I asked Him to take this awful fear away from me. It was literally preventing me from living a healthy life. I sat there for a moment waiting for His answer. The only bible I had at that time was one I received back when I went to CCD when I was fourteen years old. It was the Good News Bible with Deuterocanonicals and Apocrypha books added in it. (TEV) It even had illustrations of some of the events that took place in the bible.

I opened up the bible, and it went straight to Psalm 46:2 “We will not be afraid.” And there was an illustration of Jesus walking a young girl across the land while it stormed outside. Then I read the entire scripture.

“God is our shelter and always ready to help in times of trouble. So we will not be afraid, even if the earth is shaken and the mountains fall into the ocean depths; even if the seas roar and rage, and the hills are shaken by the violence. There is a river that brings joy to the city of God, to the scared house of the Most High. God is in that city, and it will never be destroyed; at early dawn he will come to its aid. Nations are terrified, kingdoms are shaken; God thunders, and the earth dissolves.

After reading that scripture and looking at the illustration of Jesus carrying “me” out of the storm, I then began to realize that I was safe. I was always safe but didn’t know it. I then started to feel better about storms. I didn’t fear the dark clouds rolling in anymore. I didn’t get scared when I heard a crack of thunder from outside. And now, I enjoy watching a good summer storm come in because it reminds me that God is always with me…even when I’m afraid.