The Wolf in Sheep's Clothing 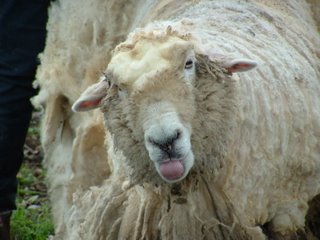 The ability to give is an incredible gift. The ability to give without expectations and/or resenting it later on is definitely a trait in someone’s character that’s admirable. In the back of your mind, you always have to wonder what people’s motives are. The ‘do gooders’ in life- why do they go out of their way, to just throw it back into your face? Are they sincere at the time of their generosity? Or do they already know and premeditated a plan to let it all come crashing down, once the ‘receiver’ has been satisfied with the gift at hand? A “thank you” isn’t enough. Some ‘do gooders’ want your blood. They want you to serve them forever- reminding you of every good deed they have done for you.

There are some ‘do gooders’ who feel that their good deeds will be noticed by God, or worse yet, be noticed by other people. “Oh what a wonderful person Jane is! Look at her charity work! She is a Godsend!” Do they look for that special pat on the back? Or do they expect some sort of treatment that is equal or beyond from what they’ve done? If I do this much for them, then I need this much back, type of scenario.

It’s a shame, because I find myself seeking the motives in people’s generosity. If it’s too much, I find myself declining. If it’s even a small gesture, I wonder what that person wants from me. I don’t like to dwell on the negative aspects of giving, but lately, I’ve come across people who have hidden agendas and motives. They want to appear as ‘do gooders’, and look good to those around them. “Look what I did!” I won’t let people do that to me anymore. I used to think, “Wow that was really nice of them…what a big heart he/she has!” Now, I’m like, “What’s his/her deal?” And it’s sad to think that way sometimes, because there are genuine people who are very giving and loving. So it’s not fair to them.

In any event, to me, it’s like selling your soul to the devil. “Oh, no, I got this.” As they pick up the tab, in front of everyone at the table. Do they truly believe karma will pay for dinner next time? Maybe. But, these people seek much more than a payback. They want your blood. Their thirsty to take you in, make you their slave for life and expect you to be there at any given moment.

What about those who are really sincere about their good deeds? It’s hard to tell with so many bad eggs around, isn’t it? You don’t know who to trust. It’s literally impossible to see the wolf in sheep’s clothing. They’re greedy people incognito running around manipulating reverse psychology on everyone; making them appear as the angel of light.

I don’t mean to discourage anyone from being grateful to those who are generous. Just keep an eye out and an ear open when you’re around someone who is constantly doing ‘good’, but constantly throwing it back in your face later on. Not only that, but they’ll insist they didn’t get a ‘thank you’, when in fact, you went beyond the means of saying thank you. Sometimes, you even begged them not to. “Oh, I wouldn’t have it any other way!” They insist that you take their offer. “No, no, I feel bad, let me pay for it.” And they rush off with the ‘tab’ or whatever good deed they spilled out, to give you an illusion of kindness, when it’s nothing more than a mere set of motives.

The wolf—she’s out there. She’s out on the prowl looking for her next victim. Be on alert, because if she comes after you, they’ll be payback! They’ll be hell to raise and they’ll be a tab that’s already taken care of…with tons of expectations behind it.
at November 09, 2006

Did you ever feel as though your prayers weren't strong enough, or that it really didn't do anything noticeable? Why do some prayers...