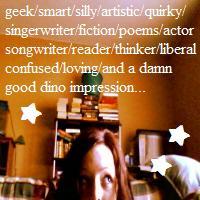 In all of the fifteen months that I’ve been blogging, I’ve never really discussed my thoughts on just that…blogging. I had just written my first book, and I needed an outlet of some sort, for random nonsense talk about anything type of writing. But where? Then a friend of mine suggested I start a blog. What the heck is a blog? I never heard of this before. I even tried to start a website on Yahoo Groups—but that quickly died out. I canceled it and thought there was really nothing I can do, but to write a journal in my word document.

Starting off in blogworld, I decided it was going to be focused on my religion in Christianity and focusing on the gay and lesbian lifestyle, which is a contradiction to many people. They see me as this deceitful sinning Christian, who uses chicanery to persuade those who are happy with their lives as homosexuals. There were debates (still are) and many anonymous emails directed to myself, either communicating their beliefs and opinions and/or just tactless ways of criticizing me with their words. I was prepared for this. The amount of choler and angst was enough for other people to jump on the bandwagon and tell their views, as they see fit.

As more people logged on and started commenting, I started reading their blog. Some were intellectually written with political views, some were comically enhanced to drive you in looking for more entertainment, and of course you had those blogs that were basically just like forwarded emails that you get from a friend you haven’t spoken to in a long time…just to keep in touch. I was never one to create a list of “100 things about me”, or questions regarding personal issues. I just wrote about them, as if it were a story. My issues are all laid out on the table for everyone to read. Some feel blogging is all about narcissism, but it's our blog, right? It's all about 'us'!

I didn’t realize how many “adults” were blogging. I thought it was more like a journal for kids to spew their thoughts and nonsense in- sort of like “Myspace”. I quickly found out that there were so many intellectually stimulating adults blogging about everything from politics, religion to relationship advice and comical material. It was amazing. There were some blogs I couldn’t stop reading. Everyday, they would have a new subject. How they did this- I had no clue. Then you had your bloggers who wrote about absolutely nothing- but the details of their entire day. I had no interest in the amount of laundry that you’ve done, nor did I have an interest on how you got your bowels moving.

Someone emailed me asking, “Why don’t you blogroll people?” I didn’t know what this meant. Blogroll? A girl told me that it was basically putting my favorites on my sidebar, so I can quickly click over and read my favorite bloggers. I created one, and started to put the list of my favorites from my browser, into my blogroll. This created a bit of anxiety for me after a few months, because I would get emails asking why “they” weren’t put on my blogroll. Was this a blogger etiquette? If I blogroll you- you have to blogroll me! It didn’t seem right. But I started doing it. I felt bad. After time, I realized I wasn’t trekking into these blogs, that I felt guilty about, so I deleted them off. I use the blogroll for selfish reasons only—so “I” can quickly move into the blogs I want to read. I’m sometimes not at my own computer; therefore I can’t go into my favorites in my browser. So the blogrolling feature is strictly ‘for me’ to use, as well as anyone else who wants to check out my favorite reads. If I don’t like a blog, I do not blogroll them. I’m not being mean, I’m just being honest.

What about commenting? Did you ever think to yourself, are people really reading this? Or are they scanning and commenting, just to receive a comment back? You really have to wonder. But, then you’re soon relieved by that analytical person who leaves a novel in your comment section telling you about their views on the subject you left them pondering about. I remember once, Mike had written a post about a certain subject (forgive me- I forgot which one it was) but it was hysterical, because he basically trapped people to see if they were scanning his blog. He basically set up a ‘dream scenario’ about a vacation he was going on, and at the end, he revealed that it was just that—a dream. In his comment section, he kept getting, “Have a nice vacation Mike!” We had quite a chuckle over that one! (Mike, if you can, link that post in my comments?)

What about the whole blog traffic fiasco, like Blog Explosion or any other type of service that increases your readership? You literally have to read about a hundred blogs in order to receive so many credits, so that they advertise you on their site. This is always good of course, but you really have to put a lot of effort in weeding out all the crappy blogs that they fling your way. And then you have the “pinging” services. Basically, you ping your blog (which puts your blog on the top list of sites on major search engines like, Google, Yahoo, MSN, etc) and having people come in for the wrong reasons. Of course this increases your traffic, but most of the time, it brings in the wrong traffic. I started to realize that the number of your hits isn’t what’s important, it’s the number of ‘come backs’ that makes your blog worth reading. How many times on your site meter have you found someone searching on Google for, “sexy panties worn on a horse” and found YOU? (Of course none of your material had any of that subject matter, but you did have a couple of posts including the words, sexy and a horse you once rode at some ranch up in the country, as well as one describing the great lingerie you bought in Victoria’s Secret.) They mix and mingle words, so that these freakshows log on, in hopes of finding the perfect article.

Then you come across that one blog, that is much like looking at a bug under a microscope. You don’t comment, because your views are quite different, yet you need to keep coming back for more. You become their anonymous blog habitué lurking at their random spew of intriguing wackiness. You didn’t know there were people like that out there. They’re hidden under an anonymous name as well as a cartoon-like picture. No one knows them, so they can say what they want and feel. That’s the beauty of blogging sometimes.

Did you ever notice that some of the best blogs out there, hardly have any comments? It’s so fascinating to see this! I found a few out there like that, and thought to myself, “Why isn’t anyone commenting?” They write---because they love to write. They don’t care about readership. But, on one of these blogger’s stats, it showed their traffic to be quite large! But the baffling part about it was that no one was commenting. I’ve also noticed some bloggers don’t even give an option to comment. There’s an article out (please forgive me that I can’t reference to it—I read it a while ago) that says when you start a blog for the first time, disable all comments and see who comes in and out. Once you have enough readership, then open up the comments. Usually, they come out of the woodwork—and there you have it. I thought that was pretty clever, and at the same time not so great. I remember the first time I blogged, I left the comments open in hopes that someone would say, “Hey, I agree or disagree!” Just to get a response. And, I absolutely love to come across a newly born blog. I’m sure you’ve seen this before. You log onto a blog that has it’s first post ever. Isn’t great to be the first commenter encouraging them on? (Even if it’s just a frivolous subject matter.) “Good luck” is all you have to say sometimes.

So whatever reason you’re blogging…do it for you. Write because you love to write and get your views and opinions across. Write because it’s therapeutic. Comment on other blogs, because you feel a strong urge to. Write without expectations and know that your thoughts are your own. Develop a thick skin for those who disagree with your views. Comment back to your audience, if you want to, not because it’s the ‘blogger etiquette’ way of doing things. Don’t feel obligated if you don’t feel like reading other people’s blogs that day. Read blogs, because you enjoy them, not because you want them to read yours.

Why do you blog?