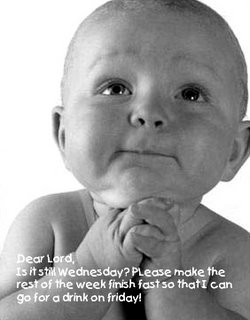 It’s always amazing to me each time I pray and meditate. Usually, my best prayer time is early in the morning, before I start my day. I grab my cup of coffee, sit out on my deck, meditate and then pray. I always try to listen to “His voice”. It’s not always audible, and it’s not always so obvious either. Sometimes, if I am blocked up with too many thoughts and distractions, I don’t “hear” a thing. The phone will ring, the UPS man shows up, or a visitor will knock on the door.

Since I’ve been trying to get back into a closer relationship with God, my prayer time has been much more unique and spiritual. For instance, after I pray and meditate, I open the bible, and God literally talks to me through there. The messages that He gives me, always have something to do with what I just prayed about. It’s not a coincidence, in my opinion. God hears everyone pray, but sometimes we don’t hear his messages. I have to admit, a lot of the time, I’m not open to it. I realized that I had to make myself (my heart) opened to His “voice”.

The other day, I was sitting outside on my deck. It was a sunny afternoon, with very few clouds in the sky. Immediately after my prayer, a beautiful rainbow appeared in the sky. There wasn’t any rain prior, nor were there many clouds in the sky. How can this be? It was a typically dry day. The rainbow kept getting brighter, and brighter, and brighter. Of course, instead of sitting there, enjoying it, I ran inside to grab my camera. My luck—the battery died. Then I felt His “voice”, say, “Just enjoy the view, don’t worry about capturing the picture, this is for you…” I sat there, and then another one came out—just as bright as the first one.

Yesterday morning while praying, I was upset over a certain issue. I spoke to God, but was so caught up in my own world and own problems, I was missing His message. Then, out of nowhere, a huge bird landed on the edge of my deck. I’m not sure if it was a falcon or an eagle to tell you the truth. He stared at me, cocked his head and looked at me, as though he was concerned. It was truly amazing. My heart stopped, because he was SO close to me! His claws were bigger than my head! Then he left. Even before that, anytime I sit on that deck to pray, tons of birds fly to me. My friend never believed me, until I showed her one day. Madelene always gets a kick out of it. Hummingbirds seem to draw to me as well.

Everything seems so much easier when prayer is a part of my daily life. In fact, today’s message in, “The Word for You Today” explains a lot about why we should pray more.

"Prayer is not a monologue when one person does all the talking, or ritual where we must say things in the right order, or chore to get out of the way like brushing our teeth before going to bed. Jesus rejects this performance-based understanding of prayer. “Find a quiet, secluded place so you won’t be tempted to role-play before God., and you will begin to sense his grace” (Mt 6:6 TM). For many, prayer has little to do with the realities of life. They think of it like the National Anthem at a game: a nice opening, but nothing to do with what happens on the field afterwards. Other people treat prayer like a rabbit’s foot you pull out and rub when things are tough: “A prayer a day keeps the devil away.” Paul writes, “Pray without ceasing.” That does sound like something you do once in a while, or a flare you shot up during a crisis. Try substituting the word breathe for the word pray: “breathe without ceasing”—doesn’t that sound like a good idea to you? We don’t breathe only when we feel like it. Or decide, “I’m not into oxygen today,” and stop breathing. Or get frustrated and say, “This isn’t getting me anywhere. I’m not going to do it anymore.” No, we cling to the breath in our bodies like it’s life. So, just as breathing is an indispensable part of your natural life, prayer is an indispensable part of your spiritual life. Without it, you die spiritually. So how’s your prayer life?"

There’s this one scripture that really explains how God wants you to pray to Him. I found it amazing when I came across it.

“And now about prayer. When you pray, don’t be like the hypocrites who love to pray publicly on street corners and in the synagogues where everyone can see them. I assure you, that is all the reward they will ever get. But when you pray, go away by yourself, shut the door behind you, and pray to your Father secretly. Then your Father, who knows all secrets, will reward you.
When you pray, don’t babble on and on as people of other religions do. They think their prayers are answered only by repeating their words again and again. Don’t be like them, because your Father knows exactly what you need even before you ask him!” ~Matthew 6:5-8

When Madelene and I first started praying together, I felt really uncomfortable. I thought, “Oh she’s going to think I’m so idiotic” or “I’m so not mature enough to pray.” My words are as if I’m talking to my closest friend or loved one. I don’t mince words nor do I talk eloquently to impress God. He totally knows how I speak with other people—so why should I change my speech with Him? He’s used to the way I talk. I use practical words like I use in my blog.

There are times when God speaks to me through various mediums, such as television, the words on the radio, or even something someone says to me. I’ll pray to God to help me with a certain situation, and He never lets me down. His message may get delayed, but it always comes through—regardless. I call it, ‘spiritual interference’, just the same as if your satellite reception doesn’t come through. Eventually, it’ll clear up, and you’ll get the message the receiver’s trying to put out. Just wait, and be patient.

I want to also emphasize of how important it is to keep yourself “open” to His message. Be aware of your surroundings, because He may just throw something your way that’s meant for you to interpret. The more in tune you are, the more messages you’ll receive from God. It’s all about having faith---strong faith. If you believe – God’s message will be heard. Some people just think prayer is a one way thing. It’s not. There’s also feedback. Just listen more.

Years ago, when I became a born again Christian, I figured out that prayer goes hand-in-hand with meditation. Without the meditation, there’s no way to receive God’s message clearly. The first time I received His message, I nearly fainted with the overwhelming sense of His presence. Madelene was in the other room, and came running in, because it was that intense. After a few more of those encounters, I started writing my book. I was going through a rough time, and God helped me through every step of the way.

So yeah, I’m not your usual candidate of a ‘born again Christian’ as some would see fit, but I’m a follower of Christ, with a heart for God. I believed before my experiences, but not quite enough. I believed more – when I saw it with my own eyes and own “spiritual eyes”.

“You believe because you have seen me. Blessed are those who haven’t seen me and believe anyway.” ~John 20:29

I guess I needed a push in the right direction. I’ve also spoke upon the issues of my lifestyle to Him. The reason I am so adamant about God’s love for all of us---including homosexuals, is because God Himself revealed many messages that explained His love and forgiveness, and what the difference is between homosexuality and promiscuity. The entire world sins. There are 90% of this population who has had premarital heterosexual sex. There’s a huge percentage of people who marry divorcees, which is another route for adultery. Lying, gossiping, using the Lord’s name in vain (we all do it at times) as well as looking at someone in a desirable way.

Think about this… If all of us sin, and keep on sinning because we live in the physical nature—do you think God would throw us all in hell? Of course not! He loves us so much. He would never do that. The one reason God would reject you…is if you reject Him. If you love God with all your heart, and He sees that, then don’t you think He’s aware of it?

“Everyone who believes in him is freed from all guilt and declared right with God—something the Jewish law could never do.” ~Acts 13:39

Strong faith, a soft heart, and your love for God and for those around you will keep you close to Him. Pray hard, and listen hard. You’ll be amazed with the results!
at September 27, 2006

Which Is Worse? Isolation or COVID-19?

To tell you the truth, I have yet to figure this one out. As New York's numbers in cases and mortality declines, the south is seeing a...