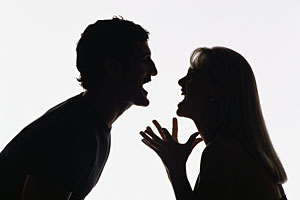 Did you ever want to write about something in particular, and thought, “Well he/she may think it’s about them, so I can’t write that”? This is the time where I have to talk about a subject that may have my personal friends thinking it’s about them. It’s not. It’s about everyone and anyone, including myself. I just wanted to get that clear before I bring this up...

In romantic relationships and friendships, it’s easy to criticize others, because you feel comfortable doing so. Sometimes it’s out of pure honesty and concern, and other times, it’s for ulterior motives. Why would anyone want to criticize you out of an ulterior motive? I can only say that I have encountered this when witnessing others in relationships.

Romantic relationships are tricky. You want to make sure that your partner/lover/spouse feels loved, don’t you? You were initially attracted to them, because I’m assuming you thought they were a beautiful person, inside and out, right? If they weren’t, why would you date them? So right there, you can see that the people we date are beautiful to ‘us’. Does it matter what other people may think? For me, no. For you, I’m not sure.

Criticism in tactless ways for ulterior motives is simple. It’s a huge insecurity problem for the person dishing out the ‘critiques’. For example, Steve just told his wife she looks a bit ragged lately and developed a few wrinkles near her eyes. Aging is promised to all of us. Why even bring this up, if you know that everyone who gets older will eventually develop wrinkles? What about Jane who just told her partner Kelly that she should lose some weight. She met her at the same exact weight, yet is complaining about it now? So why did she go for her in the first place if she wasn’t attracted to her?

There are people that are so insecure with themselves, that they’ll go to any lengths to make their partner feel belittled, just out of the fear of losing them. How does this work? By putting their partner down, they lower their self-esteem, making them feel unworthy of anyone’s love. Maybe it’s to prevent them from the thought of cheating. They don’t feel good enough about themselves to even think about another person finding them attractive. The end result is--they may not want to be with the person making the criticisms anymore because they feel self-conscious now. So it’s a no win situation.

A healthy relationship is encouraging your partner or spouse with honest and genuine criticism –if you need to. By letting your other half know how beautiful they are (because you genuinely feel they are) lets them know how secure you are in the relationship. Making them feel loved is a beautiful thing. Why would you want to hurt the person you’re in love with? I never understood that. Okay, so once in a while, couples will have the occasional argument where an ugly remark was made. It happens. We say things we don’t mean sometimes. That’s normal. A nice big apology should suffice with a side dish of make up sex.

Uplifting and encouraging words can only make the relationship better, especially when it comes to intimacy. If your partner feels insecure due to the amount of criticism he/she got from you, they’re most likely not going to perform the way you want them to. He/she will become more reserved, or not available to you in that way. They’ll fear intimacy with you if anything. Some people don’t understand that by putting down their loved ones, they’re only ruining a good thing for themselves. It’s pointless. Others don’t even realize the effects it bears; they have no compunctions about it whatsoever.

I’m not an expert on relationships, but I do know that it hurts when someone puts you down. I see it all the time, and I have witnessed a friend go through the same thing. She carried it over to her next relationship. She asked her new partner, “Don’t you see that flaw I have?” (Refraining from telling specifics here.) And her new partner said, “No, what are you talking about?” She continued to tell her new partner that her ex always reminded her of this one particular flaw. She was never self-conscious about it, until her ex kept pointing it out. Eventually, she pointed a lot more out. The ironic part about this story is, her ex (in my opinion) had many more flaws going on. In my eyes, I see this as a ‘controlling’ type of behavior. “Oh you’re no good”, or “oh you’ve gained weight”, or even, “you’re such a loser” type of remarks can certainly explain the character of the person spewing these things out. In most cases, it has everything to do with them…not their partner getting hit with these awful comments.
at September 23, 2006